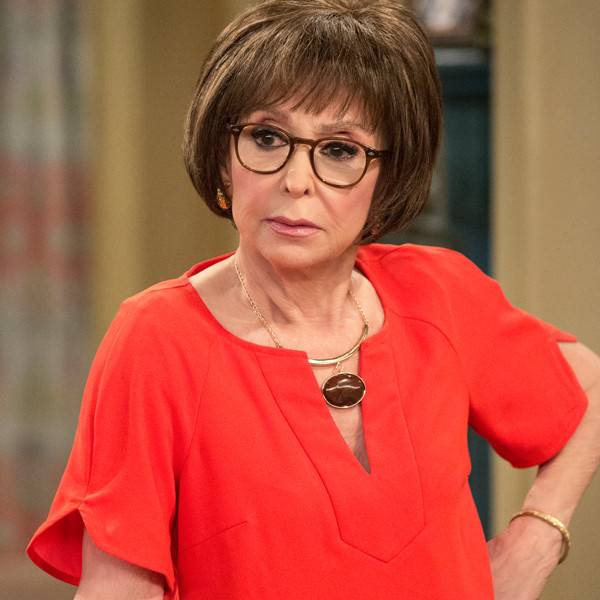 “Hey NBC, I hear you like comedies with built-in fan bases that do even better on YOUR network than at their previous homes…” Miranda tweeted.

The Nine-Nine has, in fact, been doing very well on NBC—so well that NBC gave it an early season seven renewal. That decision was kind of a no-brainer for NBC, given that the show is produced by Universal Television. One Day at a Time is produced by Sony, which makes it a little more complicated, but E! News has learned that Sony is shopping the series around to other homes, so hope is not dead yet.

Miranda was tweeting up a storm on Thursday, along with other fans of the show, like Brooklyn Nine-Nine‘s Stephanie Beatriz and Melissa Fumero, and Queer Eye star Karamo Brown.

Hey @nbc…I hear you like comedies with built-in fan bases that do even better on YOUR network than at their previous homes…#saveODAAT https://t.co/5bIQYexpDz

They canceled @OneDayAtATime Noooo! Say it isn’t so! That was one of my favorite shows! If you haven’t seen it go back and watch friends. It’s funny and full of heart! I pray it gets picked up by another network or comes back to Netflix. https://t.co/PHP82Z7pBj

Beatriz also shared a story of the day she was on set to guest star.

“One of the most beautiful moments I had on set of One Day At A Time was when I got to guest star,” she tweeted. “Rita Moreno invited myself and Melissa Fumero into her dressing room. She ushered us in and I stared at the pictures on her walls: winning a Tony Award, her with her family, a drawing of her as Anita in West Side Story. I could barely breathe. When I was young I obsessed over Rita. I had her pictures on my wall as PROOF that I too could be on tv, in the the movies. she was so generous on set too, and funny as F–K. I’ll never forget how kind she was and how special I felt that day.”

So so mad. this is a fantastic show. A critical darling and an incredible cast, this is so upsetting. SOMEBODY PICK THIS UP. https://t.co/ZWo1A1GPpV

I am heartbroken. The Latinx community NEEDS this show, and irregardless of that ITS A GREAT, FUNNY, & HEART FELT SHOW WITH FANTASTIC PERFORMACES! SOMEONE SAVE IT! And yeah, I meant the irregardless #SaveODAAT https://t.co/HWoNSBv4dD

Even Grey’s Anatomy’s showrunner got in on the anger.

The hashtag #saveODAAT was trending on Twitter as hundreds of thousands of fans tweeted their anger over the cancellation.

Norman Lear, the creator of the original series and an EP on the current series, also released a statement about how heartbroken he is over the cancellation.

“At my age, I can testify that you are never too old to have your heart broken. I’m also convinced love and laughter add time to one’s life. I don’t know how much time I owe to Gloria Calderon Kellett and Mike Royce, the glorious showrunners of One Day at a Time, but the way they and their magnificent cast…made me laugh and love across three seasons–I might not have been around to write this without them. And I can’t thank Netflix and our partners at Sony enough for the three seasons, but I wish I could understand Netflix’ decision to not pick us up for a fourth. Is there really so little room in business for love and laughter?”

Norman then responded to Miranda’s tweet with a perfect TV cliffhanger.

We will have to wait and see how this turns out, but for now, the first three seasons of One Day at a Time are currently streaming on Netflix.