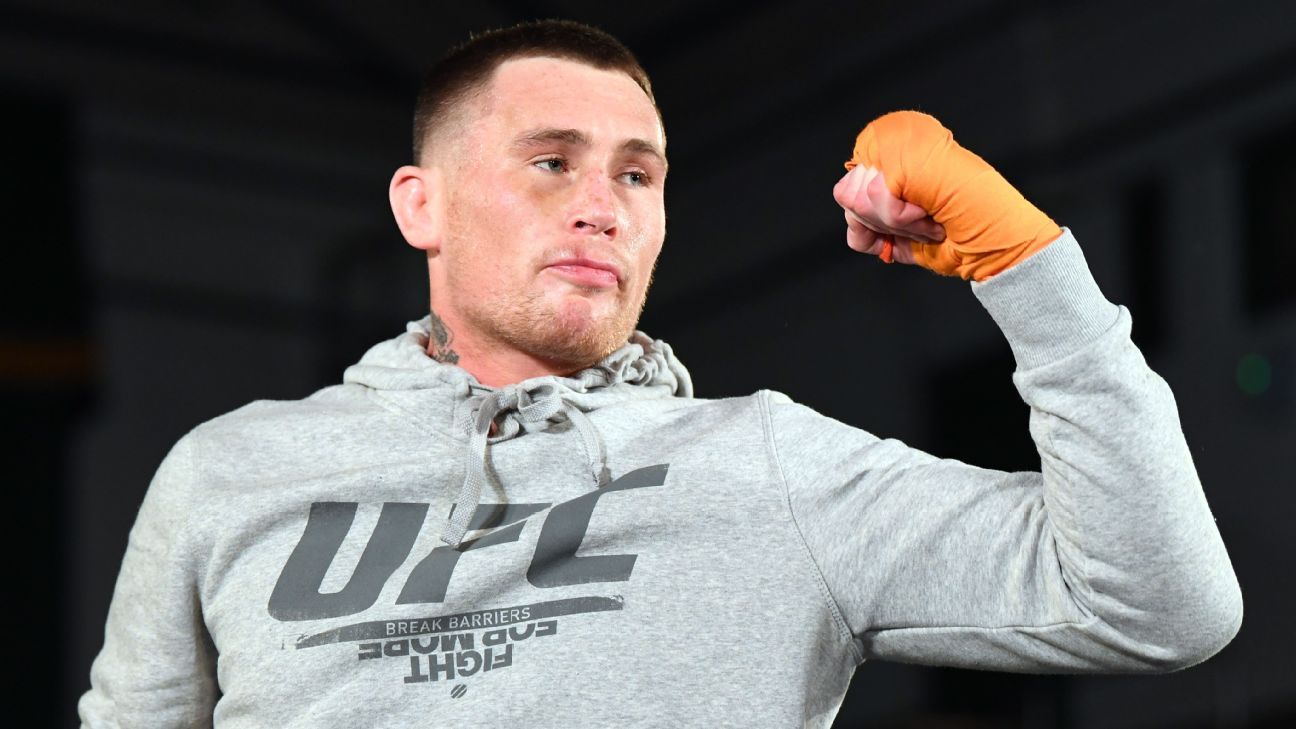 The charismatic welterweight was on fire in the second half of last year, thanks to victories over Donald Cerrone and Stephen Thompson. He was widely dubbed as “the next big thing” in MMA and granted a title shot against Tyron Woodley in September.

But that fight ultimately resulted in Till’s first professional loss. Woodley caught him with a massive right hand in the second round and eventually choked him out. According to UFC Stats, Till failed to land a single punch in the contest.

As the 26-year-old prepares to face Jorge Masvidal (32-13) at UFC Fight Night on Saturday in London, he admits he went into his first UFC title fight overconfident.

“Every fight camp I have road blocks, but I fight my best like that,” Till said. “For Woodley, there was nothing. The weight cut was great, no injuries. In camp, I was flying. I didn’t miss a shot all camp. I was too confident. I shouldn’t have been that confident.”

Much of the focus ahead of that title fight was on Till’s fight with the scale, as he had missed weight for the Thompson bout and is known to struggle with his cut. According to Till, however, the cut was actually the easiest of his entire career. But the amount of attention it received before the fight did have an unexpected effect on him.

“There was so much pressure for ‘Darren Till to make weight’ that when I made weight, I felt, ‘OK, I’ve done my fight now,'” Till said. “I wasn’t worried about the test ahead, and I should have been. I just think I made weight and was like, ‘Yeah, whatever,’ when I was fighting one of the greatest welterweights of all time.

“I should have been like, ‘Yeah, I made weight. Now it’s time to f— Tyron Woodley up.’ But I wasn’t in that mindset.”

It was a hard lesson to learn, but don’t think Till has lost all the momentum he carried into that title bid. He was the obvious choice to headline this weekend’s card in London, especially against an opponent with an equally entertaining style.

If Till is successful against Masvidal, who fights out of Florida, he believes there’s a chance he could receive the first crack at Kamaru Usman, who took the title from Woodley earlier this month. The UFC has already informed Colby Covington he’s next in line, but something in Till’s gut tells him that fight won’t happen.

“I think [Covington] wants to fight Woodley,” Till said. “I think in his mind, he can beat Woodley, but he doesn’t think he can beat Usman.”

If Till is proven incorrect, he says, he’s quite open to a fight against Ben Askren as well. Askren has been antagonizing Till on social media for months and will be in attendance at UFC Fight Night on Saturday. Eventually, Till plans on moving to the 185-pound middleweight division, but he feels he has a few more left at 170.

First things first, of course, Till must look impressive against Masvidal. But pending that outcome, there are plenty of big fights ahead. And although his unbeaten record is gone, the experience of losing that fight might have made him more dangerous.

“You learn from your mistakes,” Till said. “I’ve learned, gravely. I could have touched that title and I didn’t. And it hurts. But we learn from that.”