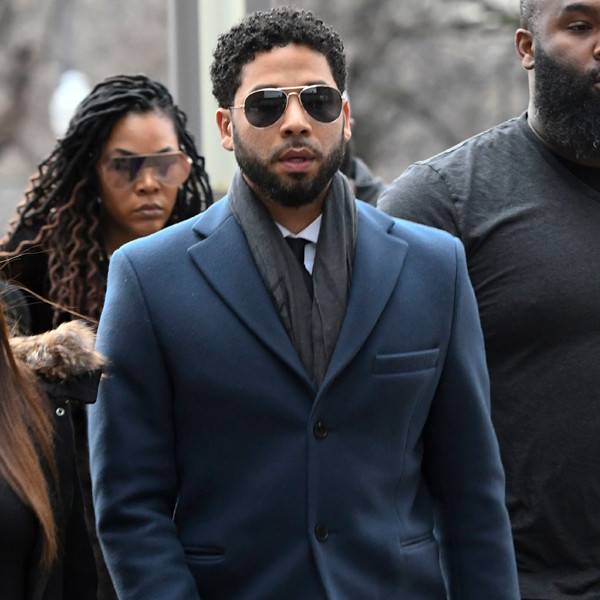 While appearing in Cook County court on Thursday in Chicago, the 36-year-old Empire star pleaded not guilty to 16 felony counts of disorderly conduct for allegedly filing a false police report.

Earlier in the hearing, Judge Steven Watkins was assigned to the actor’s case. Smollett, who is currently out on $100,000 bond, arrived to court with a group of people, donning a blue jacket and scarf with aviator sunglasses shielding his eyes.

This marks the latest development in a winding case that first began in late January when Smollett reported to police that he had been attacked in Chicago around 2 a.m.

“Overnight, the Chicago Police Department received a report of a possible racially-charged assault and battery involving a cast member of the television show Empire,” CPD Chief Spokesman Anthony Gugliemi told E! News at the time. “Given the severity of the allegations, we are taking this investigation very seriously and treating it as a possible hate crime. Detectives are currently working to gather video, identify potential witnesses and establish an investigative timeline.”

The star alleged that two men had yelled out racial and homophobic slurs towards him before battering him with their hands about the face and pouring an unknown chemical substance on him. He also reported that one of the offenders wrapped a rope around his neck during the attack before the two fled the scene. He later told Robin Roberts during his first interview about the alleged attack that he had smelled bleach on himself.

However, following further investigation, Smollett was officially classified a suspect in the criminal investigation in mid-February. Hours later, felony criminal charges of disorderly conduct and filing a false police report were approved against him. He was eventually charged with a single count of felony disorderly conduct-false report.

“Like any other citizen, Mr. Smollett enjoys the presumption of innocence, particularly when there has been an investigation like this one where information, both true and false, has been repeatedly leaked. Given these circumstances, we intend to conduct a thorough investigation and to mount an aggressive defense,” the actor’s attorneys said in a statement.

A day later, it was confirmed that Smollett had turned himself in to the custody of detectives. In a press conference, Chicago Police Superintendent Eddie Johnson alleged the actor had instead paid $3,500 to stage the attack. 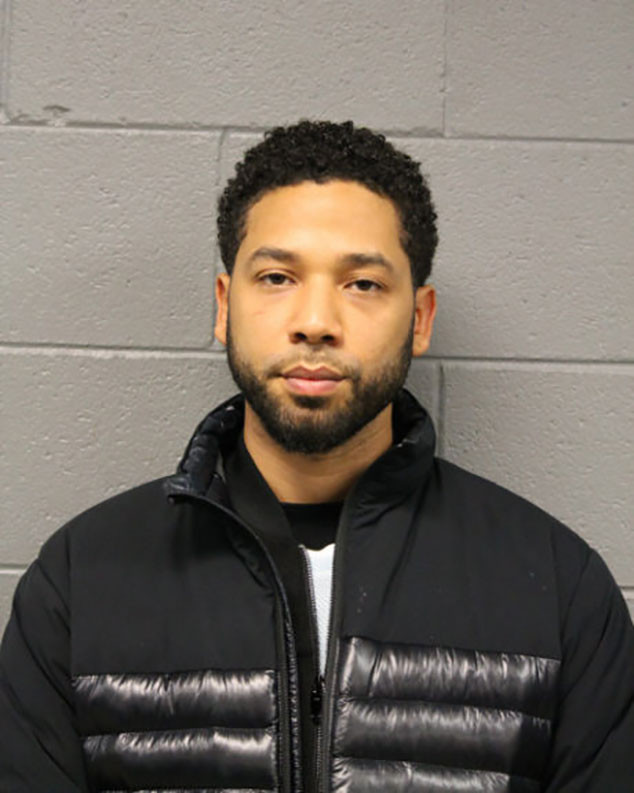 In early March, a Cook County grand jury indicted him on 16 felony counts of disorderly conduct for allegedly filing a false police report.

“The fact of an indictment is not unexpected,” his lawyer, Mark Geragos, said in a statement. “We knew that there is no way they would expose their evidence to a public airing and subject their witnesses to cross-examination. What is unexpected however, is the prosecutorial overkill in charging 16 separate counts against Jussie.”

“This redundant and vindictive indictment is nothing more than a desperate attempt to make headlines in order to distract from the internal investigation launched to investigate the outrageous leaking of false information by the Chicago Police Department and the shameless and illegal invasion of Jussie’s privacy in tampering with his medical records,” he added. “Jussie adamantly maintains his innocence even if law enforcement has robbed him of that presumption.”

The judge ordered the actor to be in court for every hearing and allowed him to travel to meet with his legal counsel with advance notice to the court. The actor is due back in court on April 17.