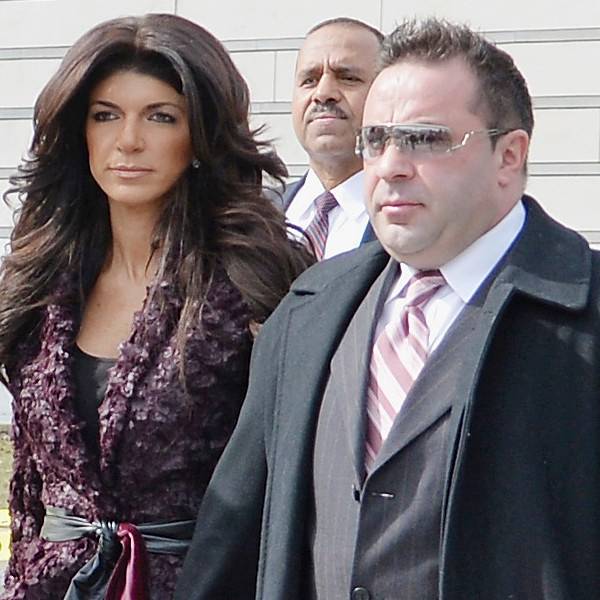 Teresa Giudice‘s husband Joe Giudice‘s federal prison sentence for committing fraud officially ended on Thursday after just under three years, but he is not a free man.

The 46-year-old, whose real name is Giuseppe Giudice and who shares four daughters with the Real Housewives of New Jersey star, was released from the Allenwood Low Federal Correctional Institution in Pennsylvania that morning but remains in federal custody—now by U.S. Immigration and Customs Enforcement (ICE), the group confirmed to E! News. He is now set to be transferred to an immigration detention center, where he will await a ruling about his possible deportation to his native Italy, which could spell the end of the couple’s marriage.

“The custodial aspect of Mr. Giudice’s federal sentence does, in fact, expire on or about March 14, 2019,” Teresa’s attorney, James J. Leonard Jr., said in a statement last week. “However, due to the immigration order and detainer lodged against him, that is not a release date, meaning he is not coming home on that date.”

Joe, a permanent U.S. resident, had entered prison in late March 2016 and was initially supposed to spend 41 months behind bars. A judge ruled in October that he would be removed from the United States upon his release from prison. In November, Joe, filed a last-minute appeal to fight the deportation order that would send him back to Italy.

“We are optimistic that once his appeal is heard, he will receive the appropriate relief and will be able to come home and remain there with his family,” Teresa’s lawyer said. “They love him, they support him and they miss him tremendously.”

Teresa, 46, had herself served a shortened sentence of 11 months in jail in the fraud case and was released in December 2015. She was “devastated” by the deportation ruling against her husband of more than 19 years. During the recent Real Housewives of New Jersey season nine reunion, host Andy Cohen asked Teresa if she’ll split from Joe if he is deported.

“I mean, unless my kids say, ‘Mommy, I want to move to Italy,'” Teresa replied.

“It’s like starting a whole new life,” she said. “And they’ve been through so much already. So, I mean, I’m not doing a long-distance relationship. I’m just not doing it. I want somebody with me every day. I know exactly what happens, I’m sure he’ll be with other women. It happens. We do the long-distance thing? It’s not going to work. I’ll be like, ‘Bye bye.'”