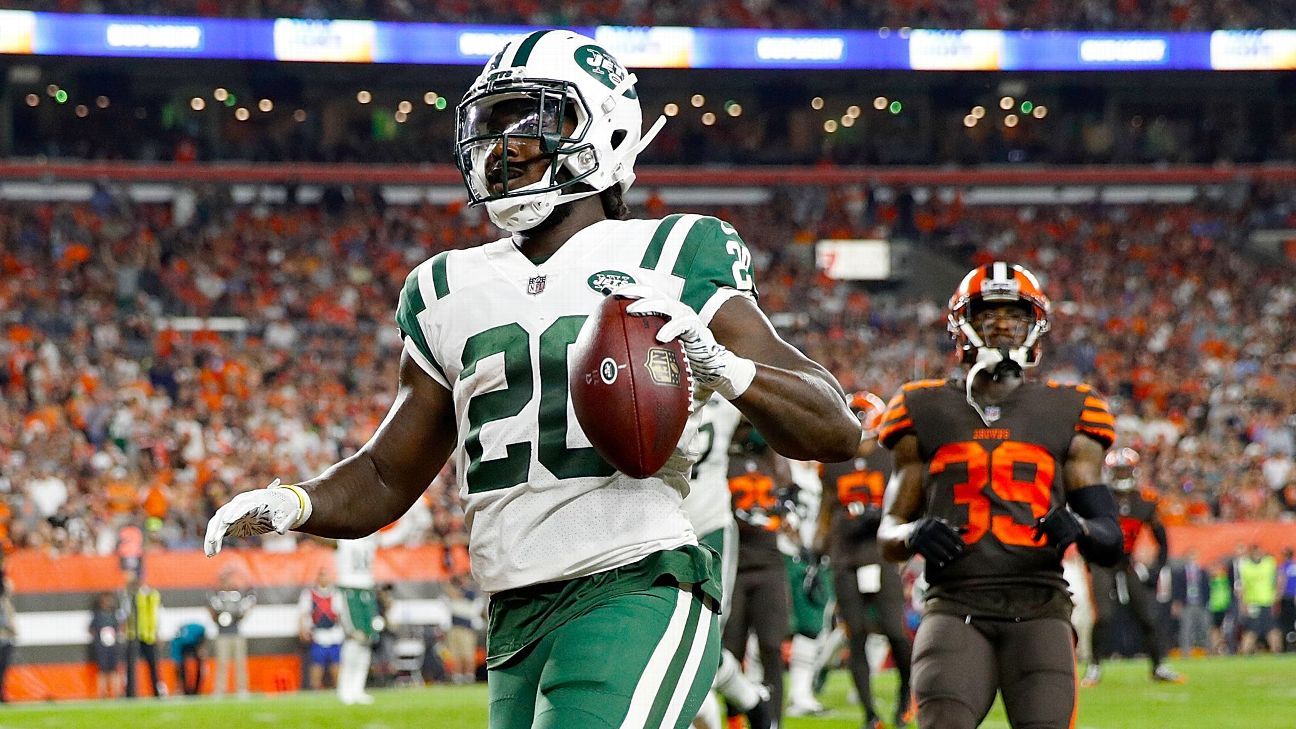 The addition of free agent Le’Veon Bell, who agreed to a four-year, $52.5 million contract late Tuesday night, made Crowell expendable. The Jets were planning to release Crowell even if they didn’t sign Bell. It leaves Bell, Elijah McGuire and Trenton Cannon as their top three backs. Bilal Powell, the longest-tenured player on last season’s team, is a free agent and not likely to return.

Crowell, who turned 26 in January, was one-and-done with the Jets. After four seasons with the Cleveland Browns, he signed a three-year, $12 million contract ($4 million guaranteed at signing) and became the starting running back last season.

He rushed for 685 yards, six touchdowns and a 4.8-yard average, but it was an odd season in that one-third of his production came in one game. In a Week 5 victory over the Denver Broncos, he set the franchise record with 219 rushing yards.

The most amazing part about it was he needed only 15 carries — a remarkable 14.6 per-carry average. It was the highest average in a game (minimum: 15 attempts) by any player in NFL history.

Crowell’s season dipped sharply after his record-setting day, as he eclipsed 49 yards only once for the remainder of the year. He battled foot and ankle injuries and finished on injured reserve.

He created national headlines with an unsportsmanlike-conduct penalty in Week 3 at Cleveland. After scoring against his former team, Crowell celebrated by pretending to wipe his rear end with the ball, which he threw into the ground.

Crowell received a public rebuke from then-coach Todd Bowles. He was fined $13,369 by the NFL, but he parlayed the crude gesture into an endorsement deal with a company that sells toilet wipes for men.

In 2016, Crowell sparked a controversy when he posted on his Instagram account an illustration of a police officer being stabbed in the neck by a hooded figure. It was his response to the fatal shootings of two black men by Dallas police officers. A day later, five officers were killed by sniper fire. Crowell later apologized and donated a game check to the police department.

In five seasons, Crowell has 3,803 rushing yards and 27 touchdowns.