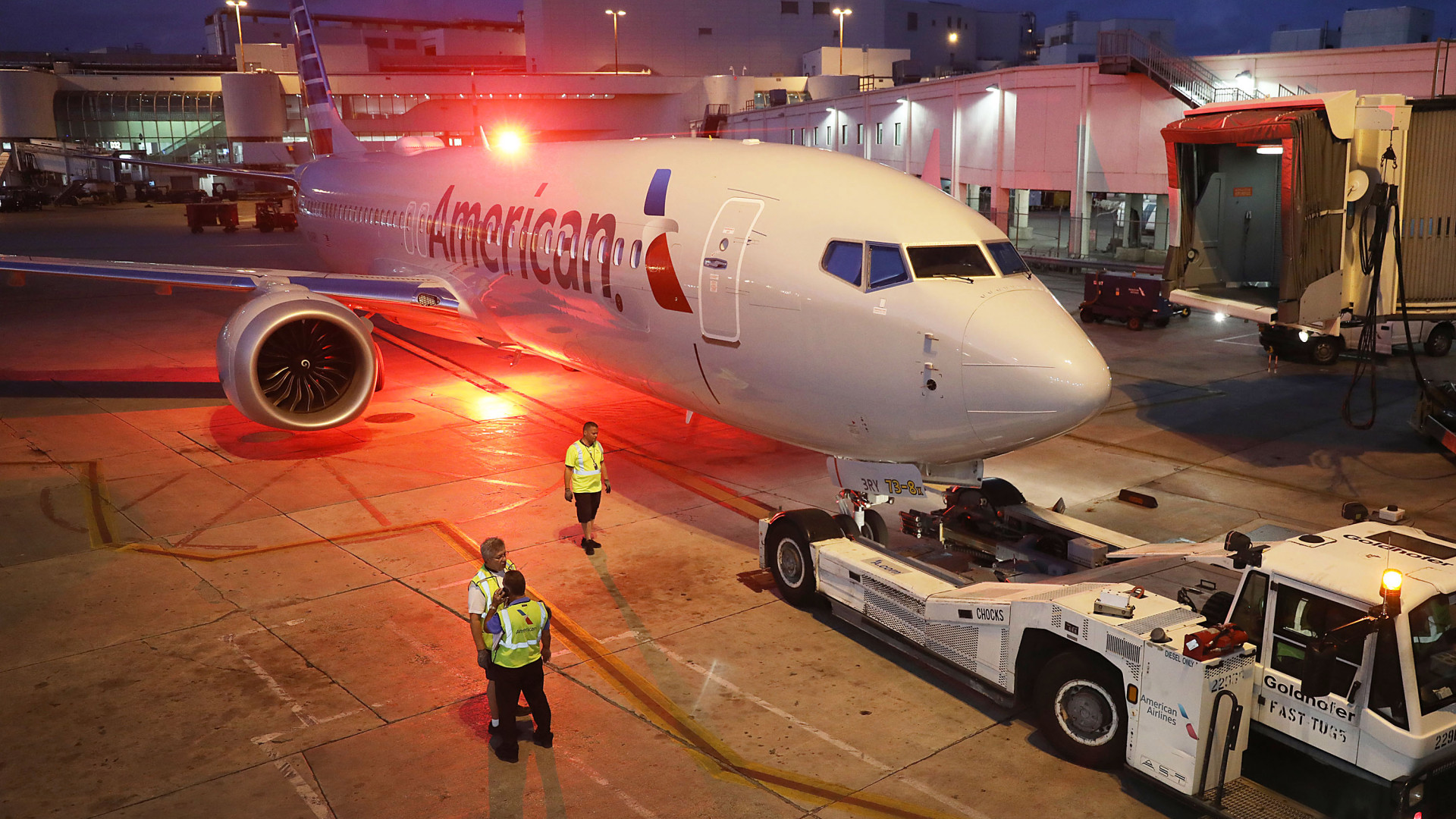 Boeing executives and Federal Aviation Administration (FAA) officials appear likely to soon face public scrutiny over how they handled the certification and rollout of the company’s new 737 MAX 8 aircraft.

After insisting the planes remained safe to fly even after several international regulators grounded them elsewhere in the world, U.S. officials relented Wednesday and ordered the new planes sidelined. Multiple lawmakers now plan hearings over the mounting concerns unleashed by two mass-casualty crashes involving the Max 8 planes that occurred over a five-month span. In both instances, airplanes slammed to earth within minutes of takeoff in clear weather — a shocking outcome potentially linked to a new feature in the planes’ onboard software system that Boeing had concealed from pilots for the first 18 months of the new aircraft’s time in service.

These hearings will present lawmakers with the choice to either probe deeply into the matter or to go shallow. One basic question — What convinced the FAA to keep the MAX 8 in the air amid this burgeoning anxiety? — will undoubtedly receive substantial attention at any congressional hearing.

But the full backstory of the MAX 8’s design and subsequent regulatory approval merits equal scrutiny, as does the FAA’s ability and willingness, in this instance, to effectively police the line between the public interest and the profit-seeking needs of an influential corporation.

Just a few years on from a pair of massive automobile recalls where regulators missed basic issues that led to scores of fatalities, it matters more than ever that lawmakers pick the right lines of inquiry. These are those questions.

Did the FAA allow Boeing to rush a plane to market?

Boeing announced the advent of the 737 MAX aircraft line under sudden and immense competitive pressure. European manufacturer Airbus, the company’s main market rival, had just broken an industry sales record for new commercial aircraft at the Paris Air Show in June 2011, with the major fuel efficiency gains promised by its A320neo line of passenger planes generating massive interest from airlines. Boeing had been the sole supplier of aircraft to American Airlines, but that summer, the airline went all in on the A320, ordering hundreds of the planes from the Europeans. Trade papers lit up that July with headlines about Boeing losing its grip on American Airlines’ affections and falling behind Airbus on the fuel efficiency metrics that are a primary driver of the marketplace.

Boeing’s August 2011 announcement of a new fuel-efficient competitor aircraft was therefore shaped by fear and finance. Though the aerospace leader has substantial government contracts, commercial airplane sales make up the bulk of its revenues and profits. Airbus posed a major threat to Boeing’s bottom line — and to the immediate job security of executives and blue-collar employees alike, both at Boeing itself and across its various supply-chain partner firms.

But manufacturers are typically obligated to consult with the FAA prior to unveiling new designs, as well as throughout the multi-year engineering, flight testing, and certification processes that follow.

It’s reasonable, then, to ask if anyone involved in the FAA’s work on the 737 MAX was aware of the pressure that Boeing was under during that hothouse summer of competition, and whether or not they took the necessary steps to ensure that Boeing’s urgent desire to bring a competing product to market did not corrupt the process.

Do the FAA’s current product review practices allow staff to factor in differences between what a company says in public and what it tells the agency? When a manufacturer makes representations to the FAA that a new product does not require substantially new training, how does the agency audit those claims independently?

A little less than five years after announcing its answer to Airbus’s challenge, Boeing put the first 737 MAX in the air for a test flight. Fourteen months later, in March 2017, the FAA certified the 737 MAX 8 for commercial flying. By the time the first paying customers in the MAX 8’s history rode from Kuala Lumpur to Singapore on May 22, 2017, Boeing had snatched back a sizable chunk of market share, having booked 3,700 orders for these new planes from buyers all over the world. The Max 8 was Boeing’s fastest selling product line, a feel-good story about American ingenuity propelling a come-from-behind victory.

But less than 18 months later, Lion Air flight 610 crashed during takeoff from Jakarta. All aboard the plane, a 737 MAX 8, were lost.

Days later, Wall Street Journal reporters broke the news that Boeing had intentionally concealed some new cockpit features from both its airline customers and their pilots.

Ever since, the company has insisted that pilots didn’t need to know about the new avionics software, and that operating manuals for the planes provided correct instruction on how they should handle the kind of unnecessary automatic course-correction believed to be at fault for the Lion Air catastrophe.

“They came out and they brought the A Team,” Tajer told ThinkProgress. “After the Lion Air tragedy, we were shocked, disappointed, angered, outraged by Boeing not including the information about the MCAS system…[T]he fact we didn’t know about it, and that it can cause a crash based on a single sensor, that all shocked us. The fact we didn’t know anything about that shook our trust.”

Boeing didn’t just goof. It made a conscious choice to withhold the very existence of the new avionics from airlines and pilots. That decision, like everything else about the 737 MAX, was informed in part by the urgent need to stave off Airbus’s push into clientele Boeing had counted on for years.

“Over 32 years in aviation, to include military, from my experience that’s unprecedented,” Tajer said. “Which is why it took everyone’s breath away. Particularly from such a reputable company as Boeing. It’s unacceptable.”

But as the New York Times reported in a detailed February article about the review process, the FAA supported Boeing’s view that pilots didn’t need to be told about the changes. Nearly two years after the FAA signed off on the plane the public does not yet know how the regulator came around to Boeing’s point of view. Congress has authority to demand clear answers on this decision-making process — and to establish if the FAA and the firm were in agreement on the software question throughout the process.

When a manufacturer claims new products do not require new training for users, is the FAA obligated to keep those claims private or is the agency free to consult with users to see if they agree? Why did the FAA come to a different decision on Boeing’s claims about the 737 MAX avionics system than regulators abroad? What communication did the FAA have with international counterparts that initially objected to the decision to conceal changes from pilots but ultimately came around to the point of view that benefited Boeing?

Throughout the design and testing process on the new breed of fuel-efficient 737s, Boeing had instructed engineers to avoid anything that would cause the FAA to decide pilots required additional training time in flight simulators before flying the MAXes, as this would only extend Airbus’s market advantage. The sooner that airlines could add the MAX 8s to their fleets, the better for Boeing’s bottom line. And so the no-simulator-time promise was a major selling point for the executives trying to make up ground on their European competitor.

“Before the flight went down in Indonesia, the training that was provided to 737 pilots…was what they call distance learning — watch these videos and look at these slides on your iPad. Doing all that took about an hour,” APA communications staffer Dan Koller told ThinkProgress. “That system they blame the Indonesia flight on, the MCAS, none of that was mentioned until after that flight went down.”

But it was mentioned — to pilots in Brazil, at least. Regulators there flagged the new “maneuvering characteristics augmentation system” (MCAS) as something pilots would have to know about ahead of time and take the necessary steps to receive training. European regulators initially dissented from the Boeing and FAA view of MCAS as well, the Times report says, but “did not consider the issue important enough to hold its ground, and eventually went along” with the U.S. interests.

Did the FAA allow Boeing to cut corners within the software itself?

The MCAS system is now being patched. The changes Boeing is promising will be fully implemented across all active planes by late April. The APA insists that pilots feel more confident in the planes now that they know about the system and how it works, Tajer said. By the end of the year, they will also receive simulators that replicate the 737 MAX systems that were initially withheld from them for fear that simulator time would slow sales.

“It was horrendous, what Boeing did” in withholding the information initially, Tajer said. “But their behavior since then has been exactly where it should be with a safety culture. I think that’s a huge contributor to why our pilots are saying, I’m good to go with this. I’ve got the information.”

But what pilots learned when Boeing did finally clue them in actually raised further concerns. The MCAS software relies on only one of the two separate sensors that gauge the relevant data about the plane’s positioning and speed. The software patch now being rolled out will fix the avionics glitch suspected to have been a factor in the Max 8 crashes. But the revelation means that the FAA didn’t just allow Boeing to keep a system secret from pilots, it allowed Boeing to deploy a secret system that could be triggered by a single erroneous sensor reading.

Speed may again have been a factor in this snafu. A version of MCAS that checked both sensors before activating would have been more complicated to code and delayed the roll-out of the aircraft. Did the FAA let Boeing avoid the cost and delay of going back and writing the second version and testing the two against each other? Reporting to date does not make that clear; perhaps a congressional inquiry can.

In the end, Tajer said, it was the pilots themselves who convinced the FAA and Boeing that a patch was necessary at all.

“I’m still not pleased by what they did,” Tajer added, “I still need to rebuild a trust relationship. And that comes from trustworthy information.”