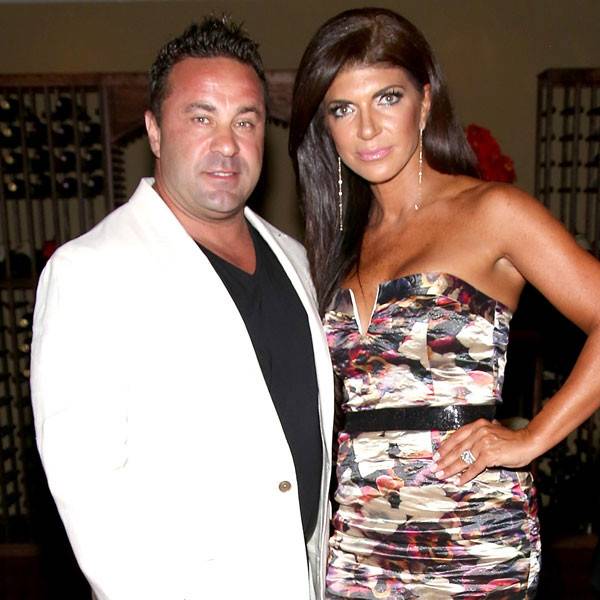 Earlier this morning, the Real Housewives of New Jersey star’s federal prison sentence for committing fraud came to an end.

But before he enjoys any type of freedom, the 46-year-old must remain in federal custody—now by U.S. Immigration and Customs Enforcement (ICE). He will be transferred to an immigration detention center, where he will await a ruling about his possible deportation to his native Italy.

“Mr. Giudice has finished serving his federal prison sentence and was transferred early this morning from the Bureau of Prisons to a facility in western Pennsylvania which houses immigration detainees,” his family’s attorney James Leonard Jr. told E! News. “His lawyers and his family are hopeful that justice will prevail and Mr. Giudice will return home to his wife and four daughters who love him and miss him.”

While the legal process is far from over, some may be wondering how Joe and his wife Teresa Giudice got into such a serious situation. We may be able to help.

We crafted a timeline of the couple’s financial troubles and all the major milestones they endured in and out of the courtroom. Ultimately, this case is far from over.

October 2009: According to court documents obtained by the New York Post, Joe and Teresa filed for bankruptcy and claimed they owe creditors more than $10 million. According to bankruptcy papers filed in Newark federal court, the couple owed $104,000 in credit cards and $85,600 in home repairs alone.

July 2013: Things got very real for Joe and Teresa when the couple was charged in a conspiracy to defraud lenders and illegally obtain mortgages and other loans as well as allegedly hiding assets and income during a bankruptcy case. The 39-count indictment claimed the Giudices committed mail and wire fraud, bank fraud, made false statements on loan applications and bankruptcy fraud. “Today is a most difficult day for our family,” Teresa said in a statement regarding the indictment. “I support Joe and, as a wonderful husband and father, I know he wants only the best for our lovely daughters and me. I am committed to my family and intend to maintain our lives in the best way possible, which includes continuing my career. As a result, I am hopeful that we will resolve this matter with the Government as quickly as possible.”

March 2014: While appearing before U.S. District Judge Esther Salas, Joe and Teresa pleaded guilty to multiple fraud charges in Newark Federal Court. “Today, I took responsibility for a series of mistakes I made several years ago,” Teresa said in a statement. “I have said throughout that I respect the legal process and thus I intend to address the court directly at sentencing. I will describe the choices I made, continue to take responsibility for my decisions, and express my remorse to Judge Salas and the public. I am heartbroken that this is affecting my family—especially my four young daughters, who mean more to me than anything in the world. Beyond this, I do not intend to speak specifically about the case outside of court, at the recommendation of my attorney and out of deference to the government and our legal system.”

October 2, 2014: Sentencing day is here! A judge ruled that Joe would be sentenced to 41 months in prison. As for Teresa, she was served with 15 months in prison. “I fully take responsibility for my actions,” Teresa read from a letter in court, per the New Jersey Record. “I deeply love my family…My four daughters are my life.” 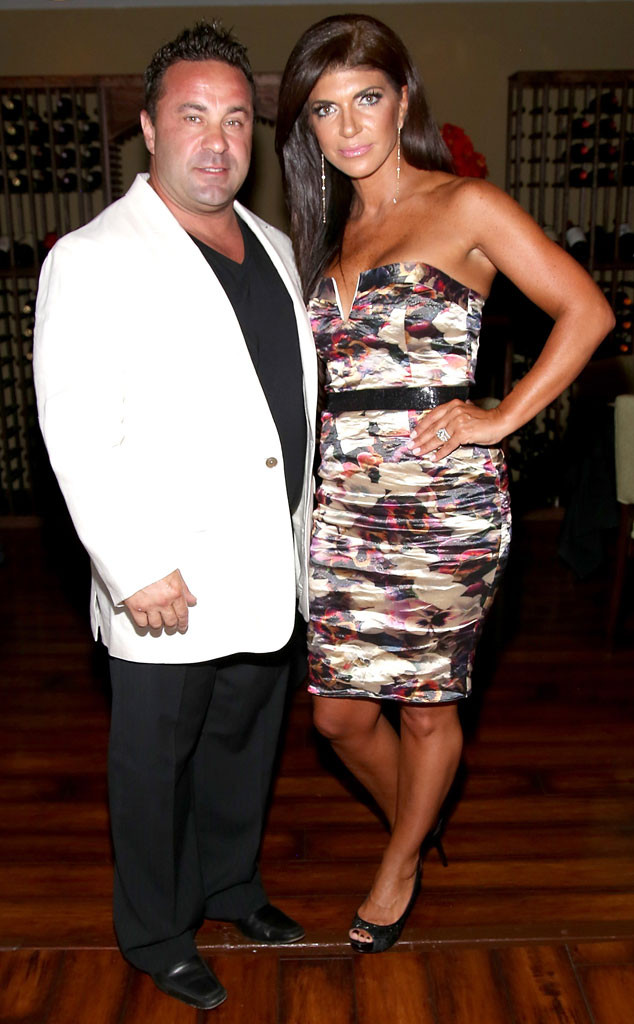 January 5, 2015: It’s the start of a new chapter. Teresa said goodbye to her four daughters and began her sentence at the Federal Correctional Institution in Danbury, Conn. “I think she was anxious to get in, get this thing started, get it behind her, and get back to her family. Her four girls are her primary focus,” Teresa’s attorney told ABC News at the time.

December 23: 2015: After nearly a year in federal prison, the reality star was officially released just in time for Christmas. After being released, the mother of four headed home where she would complete the rest of her 15-month sentence in home confinement. After arriving home, Teresa was greeted by heartwarming signs hanging on the front door. She later resumed filming Real Housewives of New Jersey.

March 23: 2016: Teresa’s husband arrived at Fort Dix Federal Correctional Institution in New Jersey, where he began the 41-month sentence he was given after being convicted of bankruptcy fraud and failure to file income tax returns. “His brother, his sister and several other members of the Giudice family, as well as myself, were present when he turned himself in to the prison, including Teresa,” family attorney James Leonard Jr. told E! News. “It was obviously a very emotional day, but this is a very strong family with a tremendous support system and they will get through this, just as they did when Teresa was away.”

October 2018: It was the news the Giudice family didn’t want to hear. A judge ordered Joe to be deported to his native Italy. “Mr. Giudice was ordered removed by an immigration judge with the Executive Office for Immigration Review,” ICE said in a statement to E! News. “Mr. Giudice has reserved his right to appeal the decision to the Board of Immigration Appeals and has 30 days to file an appeal before the order becomes final.”

November 2018: Joe filed a last-minute appeal to fight a deportation order that would send him back to Italy. “The appeal has been filed and we remain optimistic that Joe will soon be home with his family where he belongs,” his attorney shared with E! News. “We are extremely grateful for Joe’s immigration attorneys Jerry Gonzales and Tom Moseley and are very confident in them.”

March 14, 2019: Teresa’s husband was released from prison and transferred directly to an immigration detention center. Reports say Joe will remain at the immigration center indefinitely as he awaits his deportation ruling.