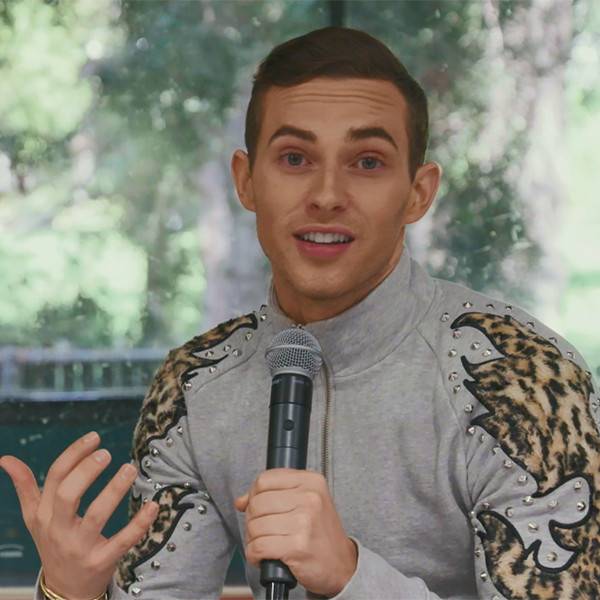 Can someone get these ladies some ice? Because the competition is hot in this hysterical clip from Sunday’s new LADYGANG, which sees Jac Vanek and guest Adam Rippon presiding over an exceedingly silly ice skating match between Keltie Knight and Becca Tobin.

From the start, Jac and Adam are pretty tough critics:

“So, I think the move that we need to see the replay for is when Keltie gave you a little kiss on the cheek,” says Jac, as a clip of Keltie attempting to plant one Adam—and nearly strangling him instead—flashes across the screen.

“I think in this, you really see the passion in her eyes and you see her drive,” notes the Olympic figure skater. “You also see a blind serial killer.”

Keltie’s competition opts for shock value over straight-up charm to snag the judges’ attention. Flaunting a shimmery gold bodysuit with red accents and a helmet to match, Becca takes to the ice with all the confidence of a pro.

“Oh, a shimmy and a jump!” Jac comments, after watching her pal attempt a series of bold moves in the rink and really go for them. “Double whammy.”

So, who takes home the gold here?

That’s technically still up for debate, though Becca’s brief foray into ice gymnastics (this lady knows how to deliver a grand finale) has Keltie concerned she’s been shown up toward the new clip’s end.

“F–k,” she murmurs as Becca slides into a full split, skates and all.

Watch the hysterical competition unfold in the clip above!

Watch a brand new episode of LADYGANG Sunday at 11 p.m., only on E!