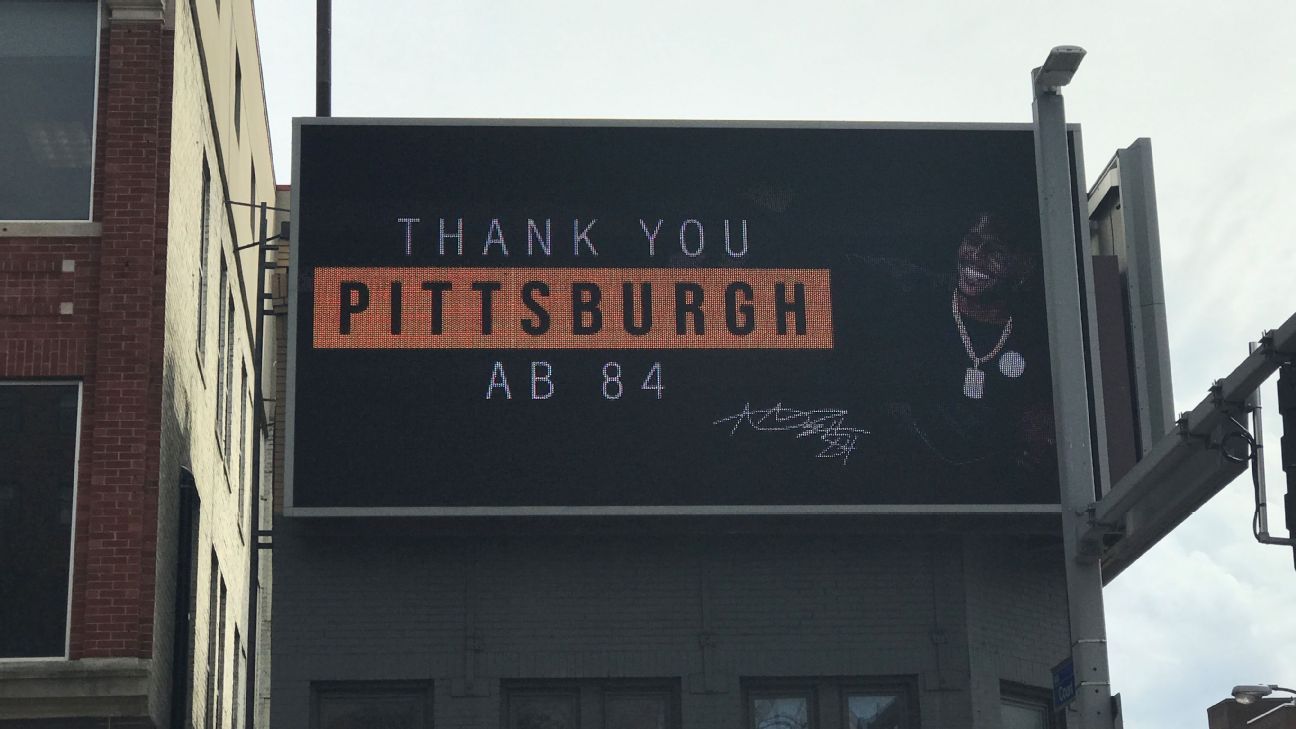 Antonio Brown is thanking Steelers fans in a message on electronic billboards in downtown Pittsburgh.

The message appeared on billboards in the city on Wednesday, the same day Brown was introduced by the Oakland Raiders.

The Steelers traded Brown to Pittsburgh for a third- and fifth-round draft pick after things soured between the star wide receiver and the team at the end of last season.

Asked Wednesday by reporters in Oakland if he had any regrets on how he handled things at the end in Pittsburgh, Brown focused on young fans.

“To any kid out there from Pittsburgh, Pittsburgh will always be my family,” Brown said. “Those guys gave me a chance when I was a 21-year-old kid. Obviously, people are listening to the things that are being said and written. At the end of the day, it’s all about how you make people feel. I think I made people feel good and great, really inspired, the way they watched me work, the way they watched me play. I know Steeler Nation is having a bad day today, but it’s always love. I encourage every kid who watched me work and was inspired by everything I’ve done. I hope I continue to be a good example, continue to be a good role model and continue to inspire people.”

Brown recorded Hall of Fame-type production in Pittsburgh with 837 receptions, 11,207 yards and 74 touchdown catches in nine years, including an NFL-record six consecutive 100-catch seasons. But a frayed relationship between the player and team overshadowed the gaudy numbers, and a divorce became inevitable.

ESPN’s Jeremy Fowler and Paul Gutierrez contributed to this report.