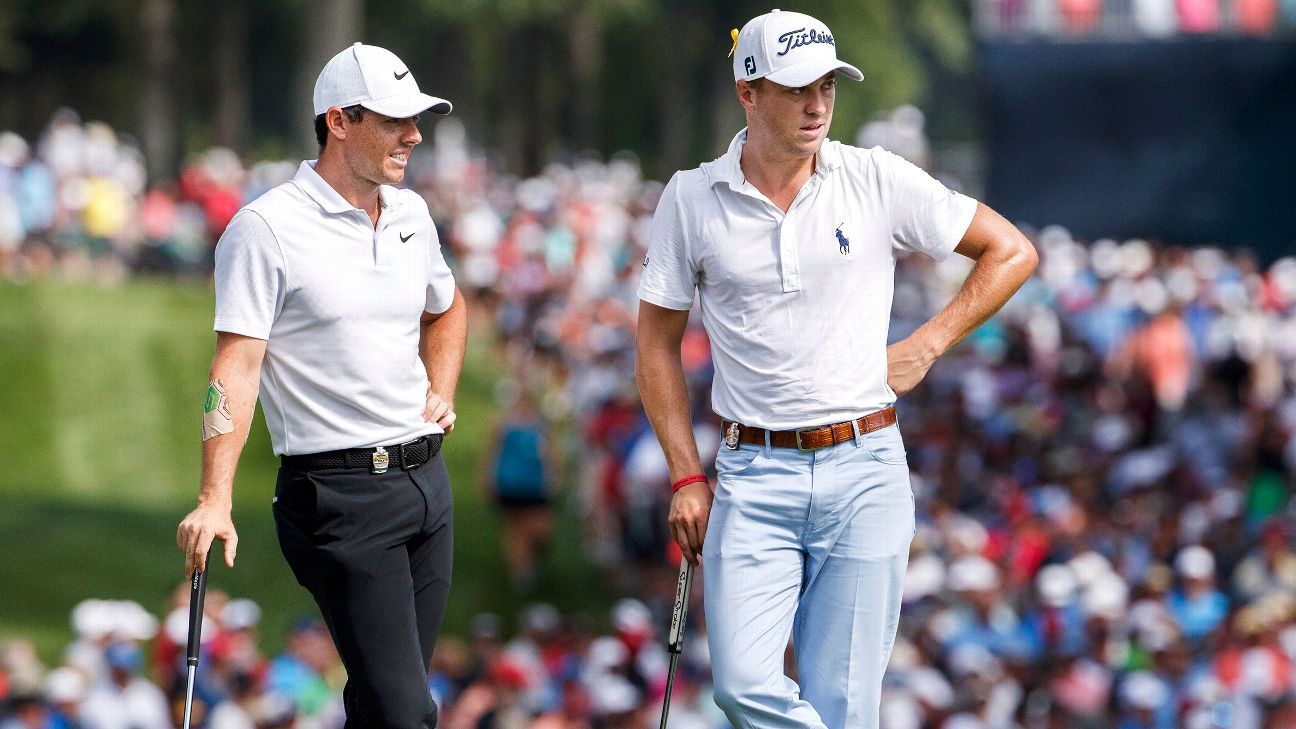 The Players has a new date, making a March appearance for the first time since 2006. A variety of players have won the PGA Tour’s marquee event, from Tiger Woods and Phil Mickelson to Tim Clark and Stephen Ames. So, yes, it really is anybody’s game this week at TPC Sawgrass. So we gathered our panel of experts to see who they think will navigate their way around course architect Pete Dye’s water-filled finish — the island green at 17 and the daunting tee with water left on 18 await — to claim the trophy.

Matt Barrie, SportsCenter anchor
Winner: Xander Schauffele
Why he’ll win: He has been ID’d as the next up and coming American golfer and has already earned two wins this year. To take that next step he needs to win a big tournament. That happens this week at The Players.

Michael Collins, ESPN.com reporter
Winner: Henrik Stenson
Why he’ll win: The last time The Players was held in March was the first time Stenson played the event, back in 2006. He finished T-3 in that one. He’s older, wiser and a much better player now. Did I mention how solid he played last week at Bay Hill after Thursday’s opening-round 77? He went 66-69-71 to finish T-17.

Michael Eaves, SportsCenter anchor
Winner: Rory McIlroy
Why he’ll win: His game has been rounding into shape quite nicely for a while now. It’s finally time for Rory to claim his first title at Sawgrass.

Chris Fallica, ESPN Stats & Information
Winner: Justin Thomas
Why he’ll win: Thomas has yet to win this year, but he has been in position multiple times before final-round struggles in Phoenix and Riviera did him in. JT took a week off after the Honda Classic, which should bode well for this weekend. I’m curious to see how the move to March impacts the course and style of play. That said, we’ve seen a variety of styles win here. The way JT can roll in birdies and go low makes him a threat to win anywhere. He finished 11th here last year and third in 2016. This week, he gets win No. 1 for the season to go along with three other top-three finishes.

Bob Harig, ESPN.com reporter
Winner: Brooks Koepka
Why he’ll win: The Players is unique in that all manner of shapes and sizes win the tournament. And going back 20 years, only one player has captured the tournament more than once: Tiger Woods. So that suggests someone who hasn’t won previously — and Koepka is the guy. He tied for 11th last year in one of his first starts following a lengthy recovery from a wrist injury.

Nick Pietruszkiewicz, ESPN.com editor
Winner: Justin Thomas
Why he’ll win: Find a course where he isn’t a threat. He leads the Tour in birdie average, scoring average and shots gained approaches to green — and he’s second in shots gained tee-to-green and third in shots gained total. The only thing he’s not first in this year has been after the last day of a tournament. That changes this week.

Peter Lawrence-Riddell, ESPN.com editor
Winner: Francesco Molinari
Why he’ll win: I don’t love the idea of picking someone to go back-to-back, but Molinari was going to be my pick before the Arnold Palmer win, so I’ll stick with him. Despite missing the cut in 2018, the reigning Open champion has a great track record at The Players, finishing in the top 10 in his three previous appearances (T-6 in 2017; T-7 in 2016; T-6 in 2014). He’s obviously heading to Sawgrass with loads of confidence and has to be considered one of the favorites.

Mark Schlabach, ESPN.com reporter
Winner: Paul Casey
Why he’ll win: The Brit missed this event last year because of a back injury, but played well there in 2016 and 2017 with a pair of top-25 finishes. He has a pair of top-five finishes in his past three Tour events. If Casey’s putting holds up, he’ll win this week.

Marty Smith, ESPN reporter
Winner: Rory McIlroy
Why he’ll win: He is the most consistent golfer in the world right now, constantly in the top 5 or 10 and constantly beating on that door. This weekend, he kicks the damn door in.

Kevin Van Valkenburg, ESPN.com reporter
Winner: Tommy Fleetwood
Why he’ll win: Fleetwood looked like he was on his way to capturing the Arnold Palmer Invitational last week until an inexplicable 76 on Saturday. I think it was just a hiccup, and he’s poised to snag the biggest win of his career this week. It’s going to be windy and the fairways and greens are going to be firm. Few guys are better at hitting great iron shots in the wind than Fleetwood.