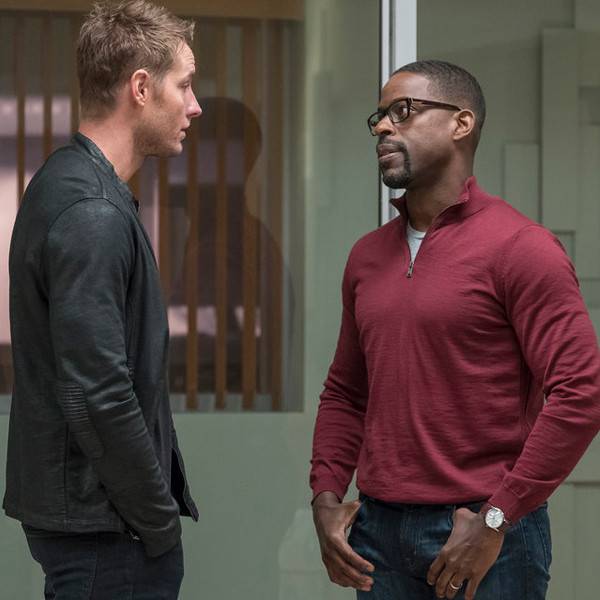 Doesn’t everybody love to wait in a waiting room?

That was the entirety of tonight’s This Is Us as we sat with the Pearsons while they sat waiting for news about Kate’s early labor. They did not wait patiently, and in fact by the end of the episode, it was easy to hate almost the entire family. Kevin especially was awful, apologizing at some point for being “an ass.”

He was acting like an ass, but he wasn’t alone. They all harassed doctors and receptionists, argued over jobs and Kevin’s relapse, and got mad at Madison for just trying to cheer everybody up with donuts and keep to the birth plan she and Kate had come up with.

It took Rebecca yelling and sharing the heartwrenching story of waiting in the waiting room when Jack was dying to get everyone to shut up.

Finally, Toby arrived with news. After an emergency c-section, the baby was born, but he was very premature and small. Kate obviously decided to name him Jack, and luckily Madison got there in time, after having broken into Kate and Toby’s apartment, to make sure baby Jack had his Ruth Bader Ginsburg doll.

But everything in the waiting room was not well. Zoe realized Kevin’s water bottle was filled with vodka (which might have contributed to Kevin acting like a total ass), and Randall and Beth’s career issue has not been resolved, and we still can’t get over the nerve of Randall to ask Beth to quit her new job after she begged him to stop running for city councilman (in another city, in another state!). And then the nerve of Randall to be mad when his mother says she might move to California to be near Kate and her new grandson?

Both Randall and Kevin need a time out! And Kevin needs to apologize to Madison! And that tiny baby had better survive! This episode was a lot.

E! and NBC are both part of the NBC Universal family.