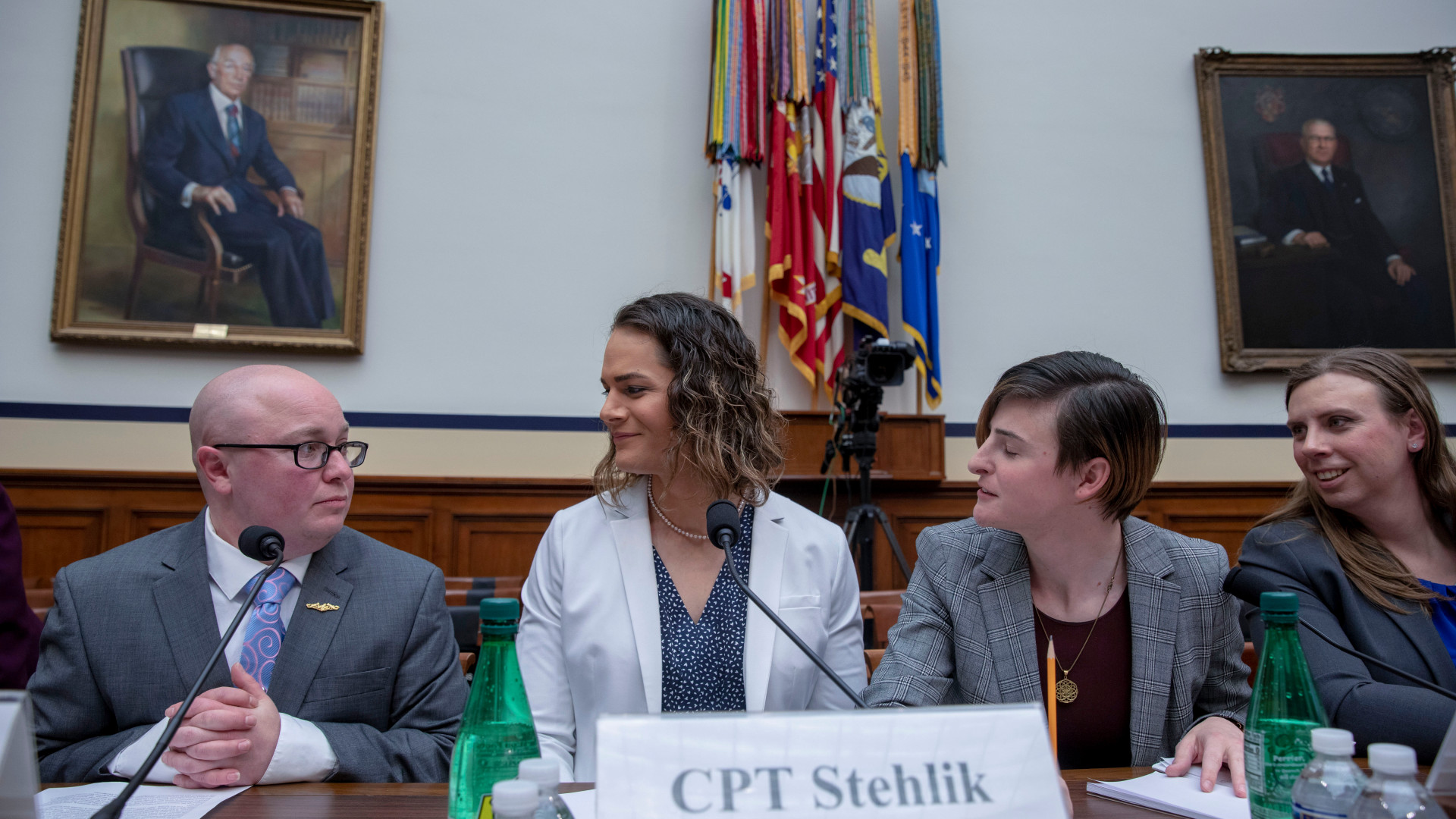 Fresh off of another federal court order lifting its previous injunction, the Trump administration on Tuesday issued its official guidance for implementing the transgender military ban, set to take effect in 30 days.

The Pentagon’s guidance, issued Tuesday evening, makes it clear the ban will be exactly as discriminatory as it sounded when President Trump first tweeted that transgender people were too expensive of a “burden” and “disruption” to the military. Currently serving military personnel who already openly identify as transgender will be grandfathered in, but after April 12, a new version of “Don’t Ask, Don’t Tell” will be imposed on all other transgender personnel.

If a current service member realizes they are transgender, they will be forced to make an impossible choice of pursuing medical care that they may need or maintaining their military career. They will be prohibited from doing both, as the policy requires they must serve in accordance with their “biological sex.”

Anybody who has already transitioned will be strictly prohibited from enlisting in the military. This will include many openly transgender students currently completing their education in one of the military academies who will have no future in the armed services under this policy.

The guidance likewise includes an “Equal Opportunity” clause stating that the military will provide “an environment free from harassment and discrimination” on the basis of several protected categories, including “gender identity.” Requiring that individuals serve in accordance with their “biological sex” directly contradicts this claim.

According to the policy, military secretaries and the U.S. Coast Guard Commandant can issue waivers bypassing the ban, but it provides no explanation as to what warrants such waivers. Hypothetically, then, a secretary could choose to grant waivers to every single trans person who wishes to enlist and effectively not enforce the ban at all. The guidance clarifies that any individual granted such a waiver will then be treated exactly like the group of openly-serving transgender personnel who are grandfathered in, including having their medical needs met.

Several of the legal groups that have been fighting the ban across four different cases contend that the Pentagon is jumping the gun because one of the court injunctions is still in place. The Court of Appeals for the D.C. Circuit sided with the administration in January, but not has not formally issued a mandate along with that ruling, nor has any court stayed the injunction issued in that case. The panel specifically held that the decision would not become final until the plaintiffs had the opportunity to seek a rehearing with the full D.C. Circuit.

“Not only does the Trump-Pence transgender military ban violate the Constitution, but now the administration is also defying a court order,” said Jennifer Levi, director of GLAD’s Transgender Rights Project. “With brazen disregard for the judicial process, the Pentagon is prematurely and illegally rolling out a plan to implement the ban when a court injunction remains in place prohibiting them from doing so.”

LGBTQ advocacy groups and LGBTQ military groups condemned the guidance. “We stand firmly with our members and the thousands of transgender troops serving bravely across the globe,” said SPARTA President Blake Dremann in a statement. Last month, Dremann became one of the first openly-serving transgender personnel to testify before Congress. “While the new policy may go into effect soon, it does not remove or lessen the contributions we continue to provide in the defense of our nation. We look forward to a time when service members are judged solely on their capability to complete the mission. We will continue to work to make that a reality.”

Estimates vary, but likely upwards of 13,000 transgender people are already serving in the military, many in silence. As of April 12, the fate of their careers will depend upon that silence.