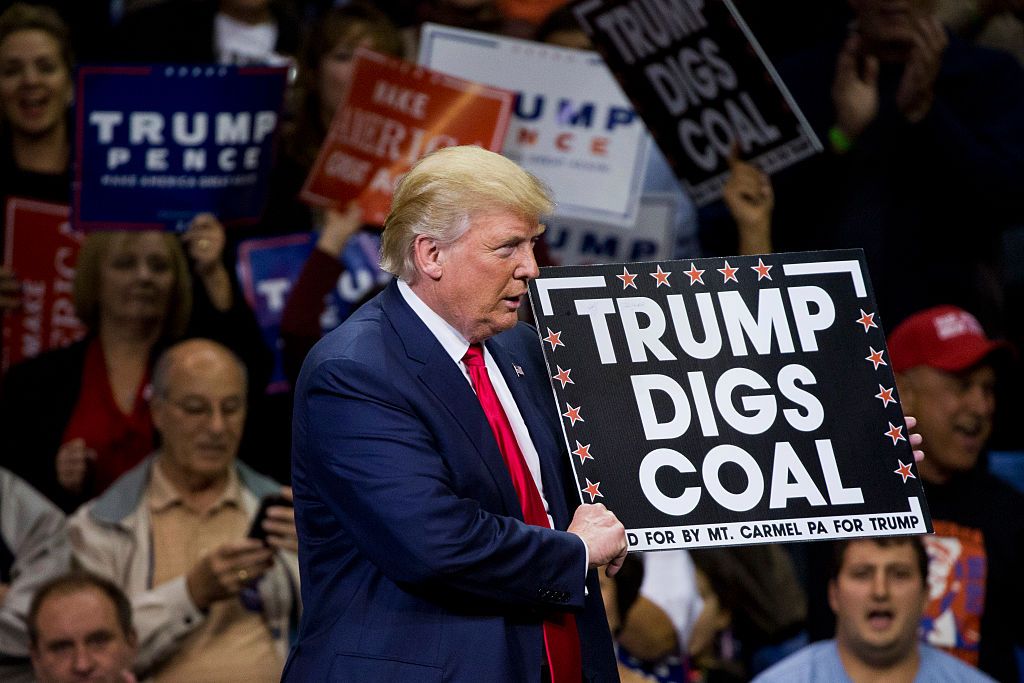 Coal production will drop nearly 8 percent in 2019, and then another 4.5 percent in 2020, according to a new Trump administration analysis.

So despite campaigning on a pledge to save the dirtiest of fossil fuels, President Donald Trump is overseeing a collapse in both domestic coal production and coal generation.

Coal power is increasingly unprofitable in a world of cheap natural gas and rapidly dropping prices for renewable energy sources like solar and wind.

Meanwhile, the EIA projects that wind, solar, and other non-hydropower renewables will rise from 10 percent of U.S. electricity generation in 2018 to 11 percent in 2019 and 13 percent in 2020.

Significantly, the EIA “expects wind’s annual share of electricity generation will exceed hydropower’s share for the first time” in 2019. And while hydropower’s share is expected to remain flat for the foreseeable future, wind power continues to soar.

So what went wrong for Trump? After all, he had said he would end President Barack Obama’s supposed “war on coal.” But in reality he presided over a faster rate of coal plant retirements in his first two years than Obama saw in his entire first term.

The reality is no such war ever existed.

The inescapable problem for coal was — and still is — economics, not politics. As one leading industry analyst explained last year, under Trump “the economics of coal have gotten worse.”

So we can expect coal’s steady decline in power generation to continue, while solar and wind will keep soaring.