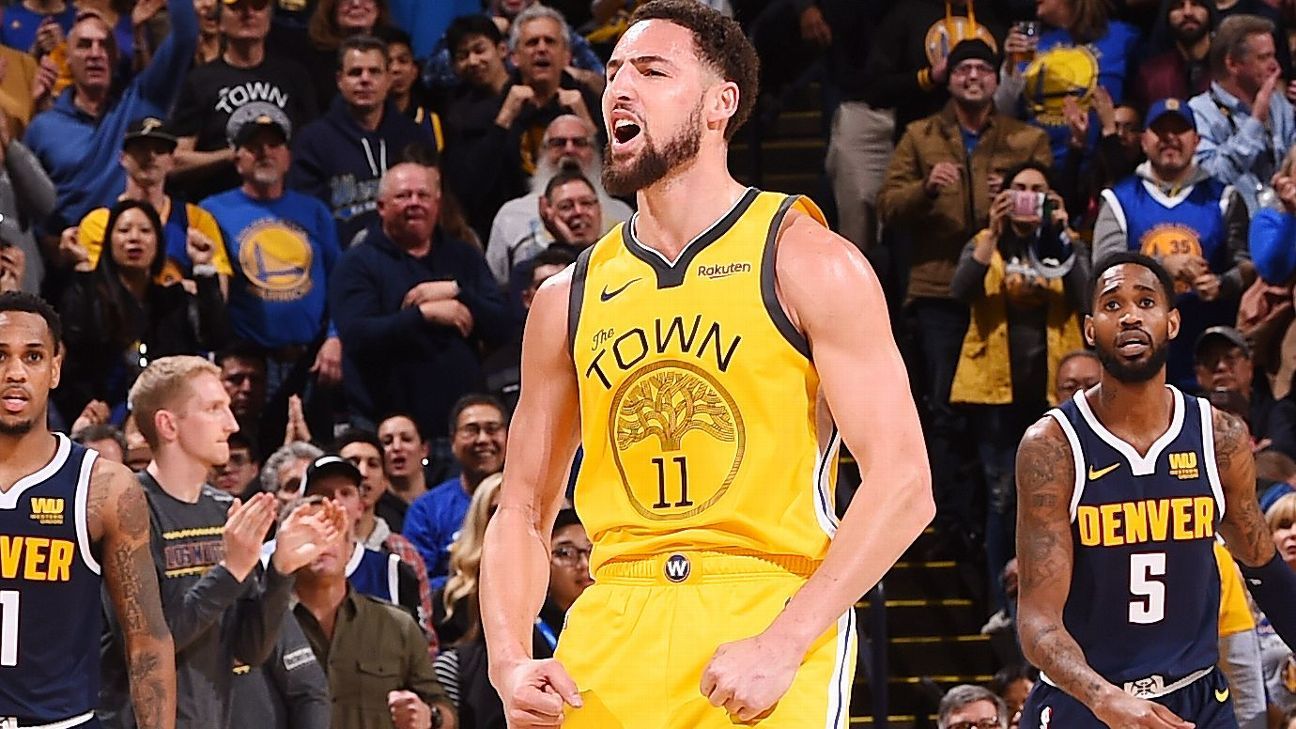 HOUSTON — Golden State Warriors All-Star swingman Klay Thompson tweeted an apology on Wednesday for comments made after Sunday’s loss to the Phoenix Suns, in which Thompson said there was a lack of energy in Oracle Arena.

I love DubNation. We have the greatest fan base in sports. We feed greatly off their energy in Oracle and I meant no disrespect. #timetogotowork #roadwarriors

Thompson’s initial comments came unprompted on Sunday, when asked why the Warriors have struggled to find consistency throughout the season.

“I expect our crowd to be little more into it too,” Thompson said. “Like, I know it’s not the playoffs, but it is our last go-around at Oracle. Least you can stand up or something when we make a good play, especially in the beginning. We need that energy, especially this time of the year. It’s hard to conjure up energy every single night ’cause you’re looking forward to the playoffs and that run.”

Warriors coach Steve Kerr said he could see where Thompson’s comments were coming from. Kerr and his players have been frustrated that they haven’t been able to put on a better show for the Oracle fans this season. They are just 24-10 this season in their final year playing inside the arena. The Warriors move to Chase Center in San Francisco in September.

“I think I understood what he was talking about,” Kerr said on Monday. “But, it’s all tied together. When you play well, when you play with a great energy and a great pace and spirit, the fans are going to be naturally more excited. And on the flip side, the fans were probably more excited five years ago than they are now because the journey was fresh and new and it’s different now. It’s different for everybody … I do know one thing — that we really thrive on the energy at Oracle. I think the fans have helped us win at a high level and we need them but we got to give them more to cheer about for sure.”