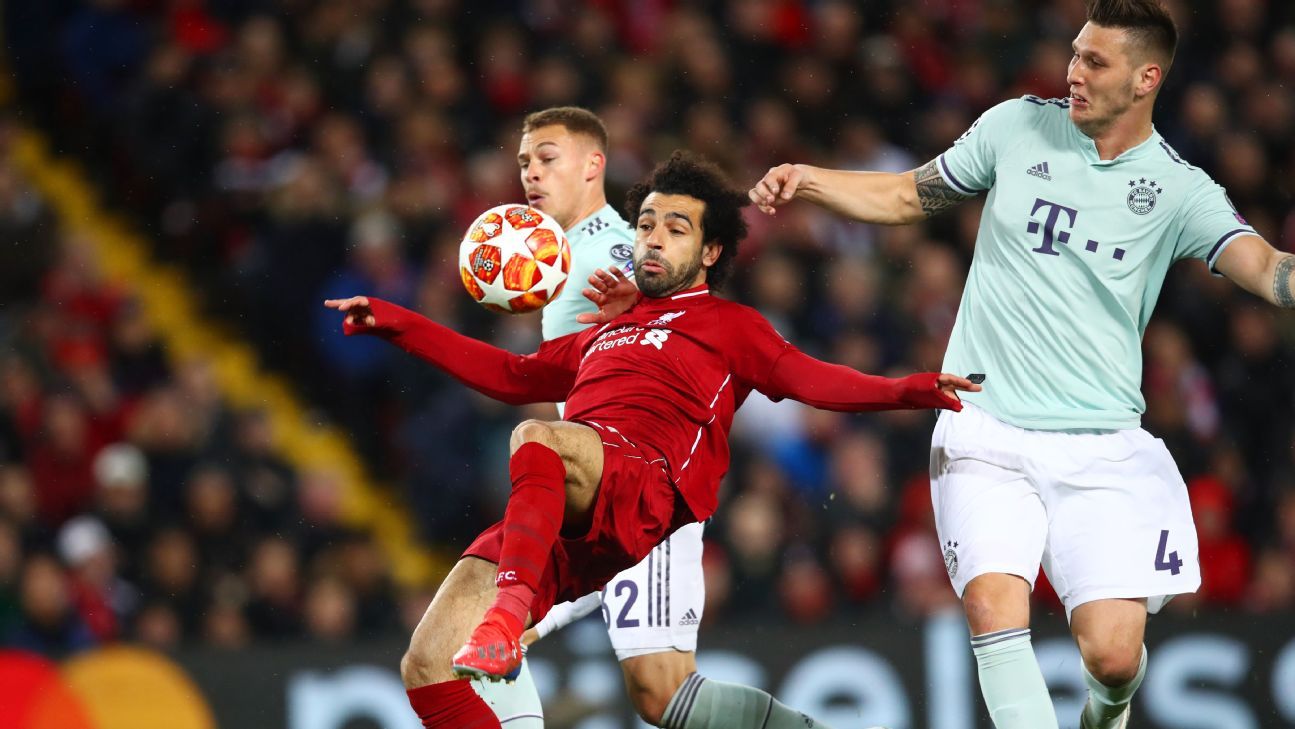 Wednesday night’s Champions League games are both evenly poised at 0-0 after the first legs, but what will make the difference for the teams that make it into the quarterfinals?

It has become part of Liverpool mythology that the Bayern players were singing in the showers of the Anfield away dressing room following their 0-0 draw in the first leg of the 1981 semifinal. No such boisterous behaviour occurred after the same result three weeks ago, but the result and manner of the performance on Merseyside were just as celebrated by the German champions, albeit for different reasons.

For once, Bayern had shown a doggedness and commitment to a collective defensive cause that had eluded them under Niko Kovac up until that point. For a team that has been used to defending with the ball for just under decade, it was a sizeable departure.

On the eve of the return leg, Liverpool boss Jurgen Klopp seemed torn between pride and bemusement when he recalled Bayern’s full-backs being “not involved in the attacking game” and the visitors playing “not a lot of football” on Merseyside.

“They paid us a lot of respect,” the German said, before admitting that his team, too, had been wary of conceding. Both sides were happy with a stalemate in the end.

Bayern will have to force the issue on Wednesday night but the dynamics of the tie might make for a similarly cagey event — until someone scores the opening goal. Interestingly, Klopp said his men would want the game to be tight. Liverpool have become a much more refined side this season, happy to win the big games by defending in numbers and relying on a few moments of brilliant movement upfront.

You sense that they no longer thrive on anarchy but aim to administrate games. Klopp seems to have decided that a more economical style — made possible by an essentially defensive midfield and the superb Virgil van Dijk (back from suspension) — holds the best chance of winning a major trophy.

Kovac has struggled much more to impose his vision on his Bayern team but their self-adopted underdog attitude in this tie has helped him get a little closer. The former holding midfielder, who joined Bayern after they had won the Champions League playing downright destructive football in 2001 and won the DFB Pokal with a muscular, counter-attacking Eintracht Frankfurt, has never looked more pleased in his role than after final whistle three weeks ago.

The dressing room squabbles and lack of cohesion on the pitch that have held Bayern back in the first half of the season were gone. And it’s no coincidence that his side have since built up a head of steam with two outstanding performances (5-1 at Gladbach; 6-0 over Wolfsburg.)

Kovac needs Bayern’s midfielders and forwards to defend selflessly once more. Javi Martinez, the one-man counter-attack prevention machine at the heart of the team, will be the most important player but they’ll also have to come up with one or two cutting moves at the other end.

“The togetherness we showed at Anfield will be key in Munich as well,” winger Serge Gnabry told ESPN. “The main thing is to defend and attack as a collective. We have made great progress in that respect since the winter break.”

The match has got all the markings of a famous European night and could well down in folklore for either club. But don’t necessarily expect fireworks. Kovac and Klopp both agree that the path to glory leads via control, not chaos. — Raphael Honigstein

Despite another routine win for Barcelona in La Liga, questions remain over Philippe Coutinho who underwhelmed again for the Spanish giants.

Spanish football has dominated the Champions League over the past half-decade, with Real Madrid winning four and Barcelona the other, while Atletico Madrid have reached two finals. Now, with Real eliminated by Ajax last week and Atletico defeated by Juventus, it’s Barcelona alone who represent the interests of La Liga.

Clearly, they start the second leg against Lyon as strong favourites. But their 0-0 over the border in the first leg is one of those goalless draws that’s difficult to read — Lyon will feel content having denied Ernesto Valverde’s side an away goal, and may even believe that the away leg suits them better.

Lyon are a fine counter-attacking side, as they demonstrated in the group stage with a shock 2-1 victory over Manchester City. They will happily spend long periods without possession before breaking forward quickly, probably led by Moussa Dembele, who scored twice in the weekend draw with Strasbourg.

His closest support will come out wide through Memphis Depay and Bertrand Traore, while the return of inventive playmaker Nabil Fekir, who missed the first leg through suspension, is also a significant boost.

But Lyon’s star man if they are to pull off an unlikely victory could be midfielder Tanguy Ndombele. An energetic all-rounder who has saved his best performances for European competition this season, he’s the type of player capable of breaking up Barca’s passing and then surging forward quickly on the break.

This is a more all-action Barcelona than in previous years, with Arturo Vidal providing something similar for Valverde’s side. But it feels like Ndombele is only one major performance away from ensuring a big money move to one of Europe’s top sides in the summer transfer market. This week is his shop window.

Valverde’s major decision for Barcelona is whether to use his own Dembele — Ousmane — or the underperforming Philippe Coutinho on the left flank. Dembele would bring more attacking thrust while Coutinho links midfield and attack better in theory, although Lionel Messi does that more than he’s ever done anyway, which is why the Brazilian is being linked with a move away this summer.

Up front, Luis Suarez has found form in recent weeks after a poor period over the winter, while the eternally underappreciated Ivan Rakitic, who recently scored the winner in the Clasico, has been outstanding in recent weeks.

Barca start as strong favourites, but then so did Real last week, and so did Atletico on Tuesday. In an unpredictable Champions League campaign, another shock here would make this round the most memorable of recent years. – Michael Cox