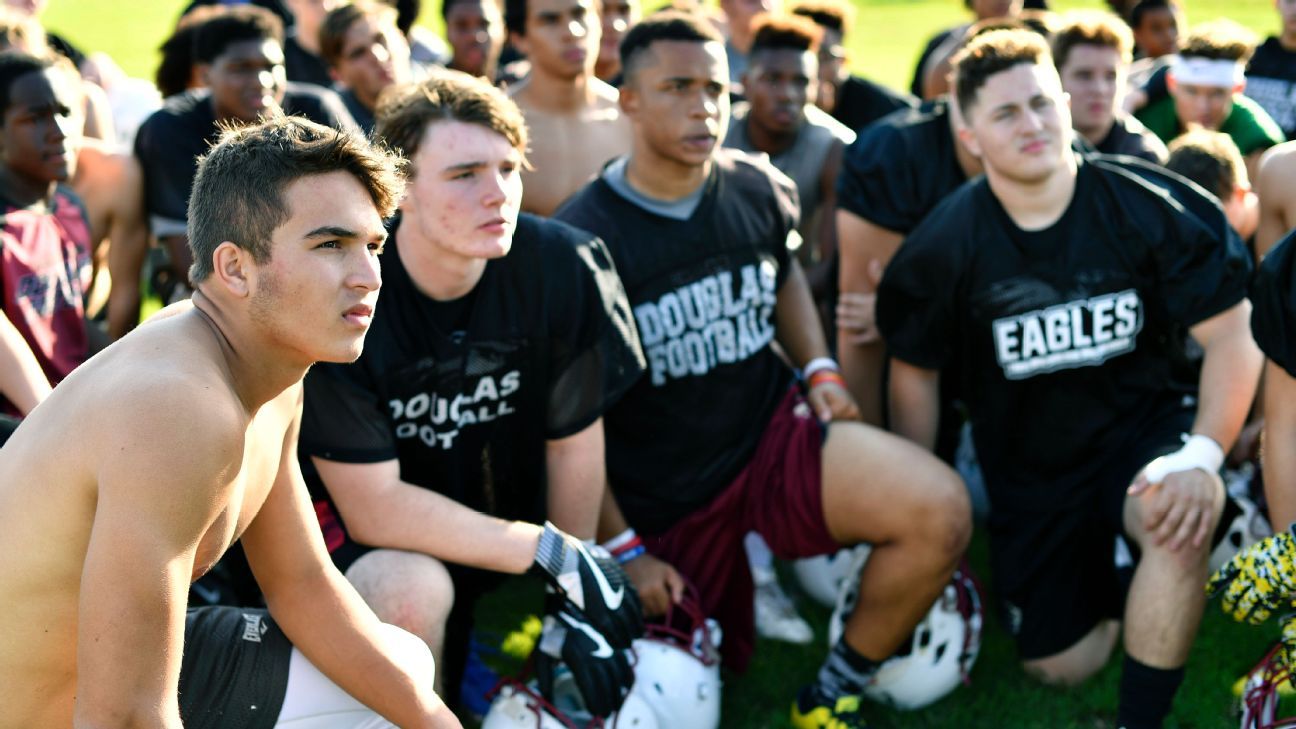 Willis May, the head football coach at Marjory Stoneman Douglas High School, is resigning more than a year after a shooting at the school left 17 people dead.

The tragedy has never left May, who lost assistant coach Aaron Feis and Chris Hixon, the athletic director and wrestling coach, in the shooting.

Feis shielded students and ultimately died when a former student armed with a rifle opened fire in the attack on the Parkland, Florida, school.

May and his other assistant coaches left Feis’ desk and office the exact way he left it before his death. Seeing the reminder of Feis, the cemetery built on campus with a 12-foot fence around it and daily reminders of what took place on that horrific day have weighed May down to where he has decided he needs to walk away.

Explaining the decision to his team was no easy task and one that tore at his heart, he said. After driving home to his players that they should never quit, he was worried the teens would think he was quitting on them.

“They know,” May said. “They feel sorry for me, and they know how much I miss Coach Feis and Coach Hixon, that I’m in that office all day by myself. They understand that they’ve been family for me, but I need this for my heart.”

Current Stoneman Douglas assistant Quentin Short is expected to take over as interim head coach and will be considered to take over permanently once May is officially done with his post.

The 51-year-old May has a new high school coaching opportunity lined up in Fort Meyers, Florida, but because the move has not been made official, he is not allowed to discuss specifics.

The new job will get him closer to his mother and father, something he thinks he needs in his life.

“I came out of the interview, and my dad asked me what I thought of the school,” May said. “I said it was really nice, and he asked if he would be able to come to practice every day. They could have been the worst school in the world and I was going to go, because I can spend time with my dad.

“One thing, if we’ve learned anything in the last year, you better love the ones you got because you don’t know how long you’re going to be here.”