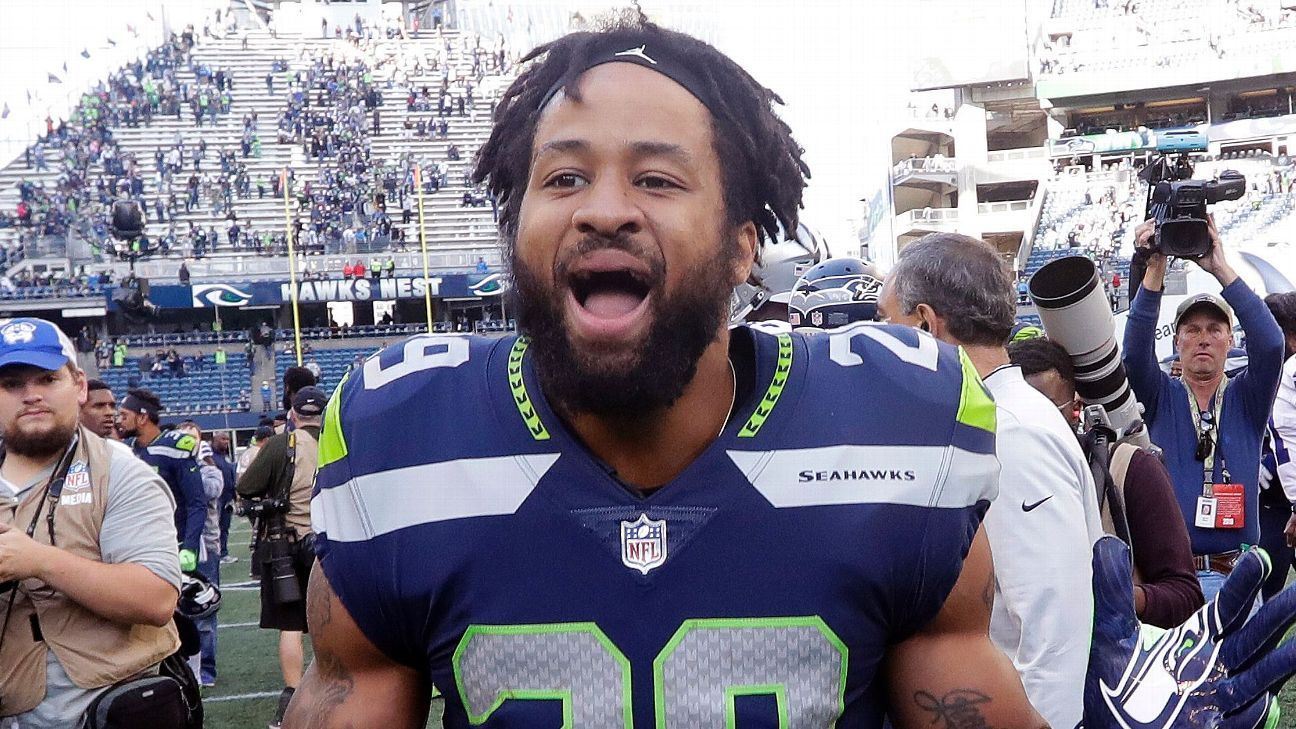 Thomas appeared to reference the deal with a tweet Wednesday that included the money-bag emoji.

Thomas’ 2018 season ended in Week 4 when he broke his left leg — the same leg he broke in December 2016 — while defending a pass in the end zone against the Arizona Cardinals. He had surgery a few days later.

Thomas, who turns 30 in May, made six Pro Bowls in his nine seasons with the Seahawks and was named first-team All-Pro three times. His 28 career interceptions rank third among all players since 2010, when he was drafted with the 14th overall pick out of Texas. His 107 consecutive starts from 2010-2016 are the second most in franchise history.

Thomas replaces Eric Weddle, who was cut by the Ravens earlier this month.

The Seahawks will host the Ravens in a game in 2019 so Thomas will return to CenturyLink Field next season.

The arrival of Thomas gives the Ravens their best ballhawk since soon-to-be Hall of Famer Ed Reed left after the 2012 Super Bowl season.

Despite his stellar resume — Thomas is a shoo-in for the Seahawks’ Ring of Honor when his playing days are over — his departure this offseason was considered a given with all the tumultuous past 15 months.

After a Christmas Eve win over Dallas in 2017, Thomas tracked down Jason Garrett and told the Cowboys coach to “come get me” if he were to become available. Thomas then missed the 2018 offseason program and training camp in protest of his contract situation, twice making public pleas for the Seahawks to either extend him or trade him as he entered the final year of a four-year, $40 million deal.

He returned from his holdout just before Seattle’s season opener. After two interceptions in a Week 3 win over the Cowboys, Thomas told reporters that his absences in practice that week were tied to his displeasure over his contract, saying he needed to protect himself and that he’d be practicing if the Seahawks were invested in him like he was invested in himself.

As he was being taken off the field on a cart after breaking his leg the next week, television cameras showed Thomas extending his middle finger toward Seattle’s sideline. It would be the last image of him in a Seahawks uniform.

ESPN’s Brady Henderson and Jamison Hensley contributed to this report.