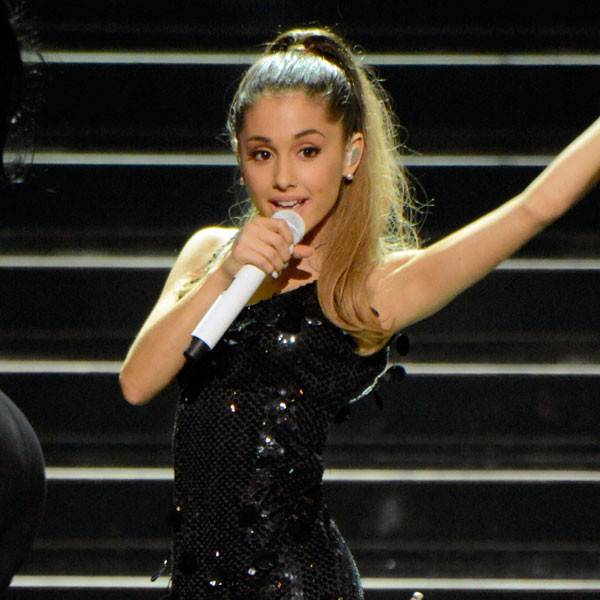 Ariana Grande is back in action at the 2019 iHeartRadio Music Awards.

The iHeartRadio Music Awards are a fairly new show compared to some other major nights in music, such as the Grammys, MTV VMAs, Billboard Music Awards and more. The iHeartRadio Awards first came into fruition in 2014 and some of those first year winners included Rihanna for Artist of the Year, Pitbull and Kesha‘s hit track “Timber” for Best Collaboration of the Year, Lorde for Best New Artist and Avicii‘s “Wake Me Up” for Best EDM Song.

Grande performed “The Way” and “Problem” at the inaugural show, and it feels fitting that five years later she’ll be back onstage to showcase some of her newest hits. Plus, she won the iHeartRadio Young Influencer Award that year, and she’s most definitely lived up to that accolade.

2019 Grammys host Alicia Keys will perform at the show as well as Halsey, John Legend Kasey Musgraves and more.

Life was way different for Grande way back in 2014. Back then, she wasn’t the most followed female on Instagram and not even close to being engaged to and broken up with Pete Davidson. She had yet to mourn her ex Mac Miller. The tragic bombing at her Manchester concert was three years away, as well as her emotional and powerful comeback weeks later.

Grande has covered a lot of ground in her five years since her iHeartRadio Music Awards debut, and she’s got the chart-topping numbers and dedicated band of followers to prove it. Just like everything else Ari-related, her performance at Thursday’s show will surely be unforgettable.

Take a look at the gallery below to see some epic throwback photos of her first year at the iHeartRadio Music Awards. 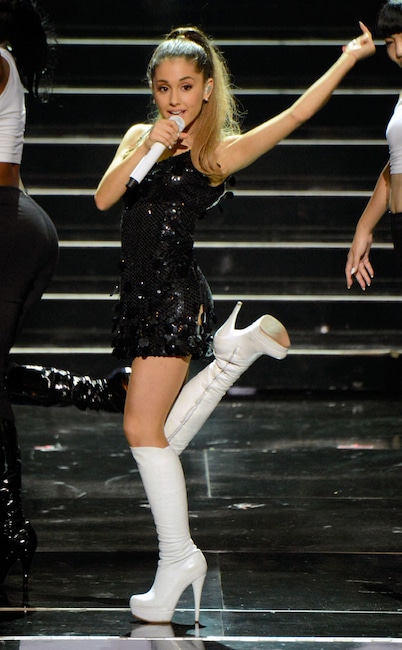 Ariana Grande performs her songs “The Way” and “Problem” during the 2014 iHeartRadio Music Awards. 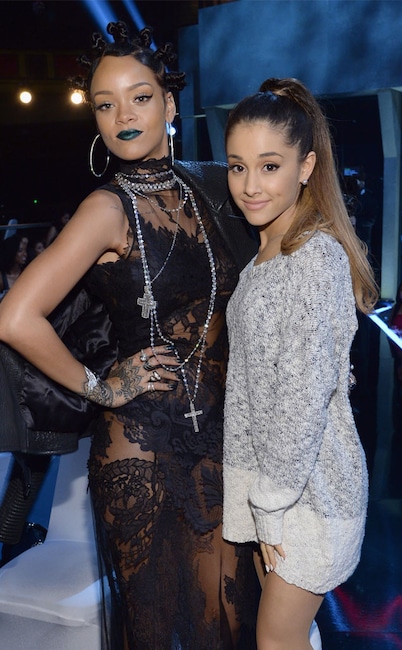 Rihanna rocks a lace outfit and blue lipstick as she stands next to Grande. RiRi won four awards that night, which was the most of any artist. 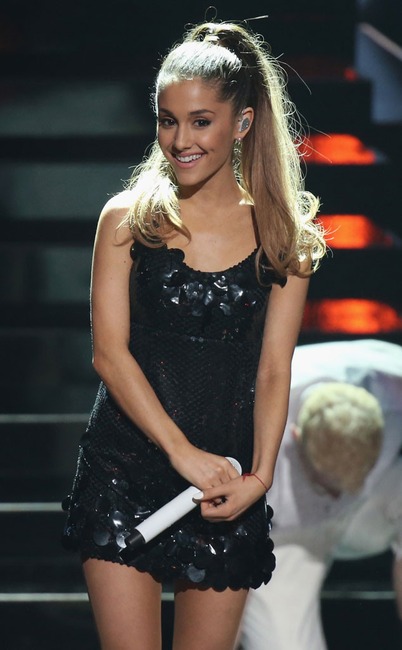 The “7 Rings” singer smiles in a black sequin dress during her performance. 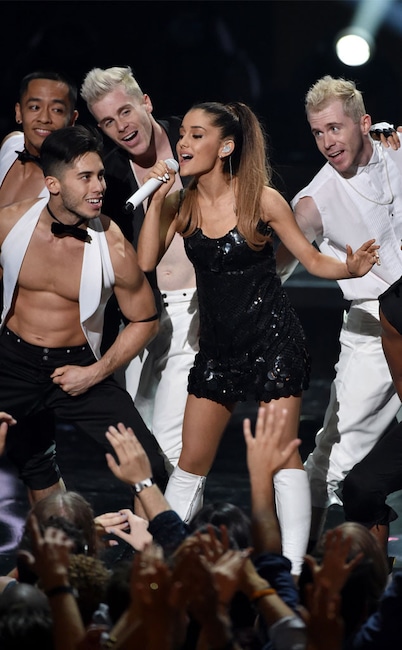 Grande belts out her tune while her back-up dancers surround her. 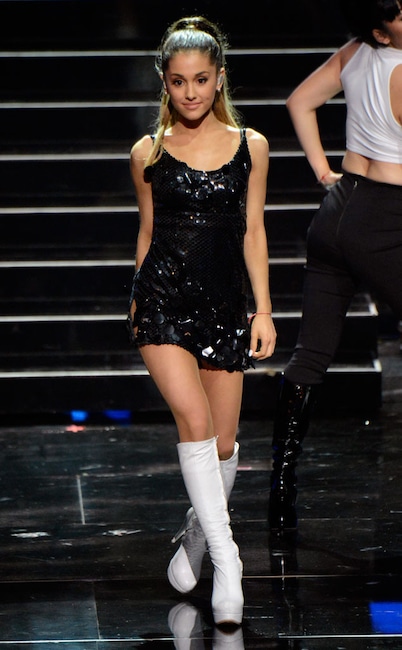 Ari turns the stage into her own catwalk during her performance at the 2014 iHeartRadio Music Awards. 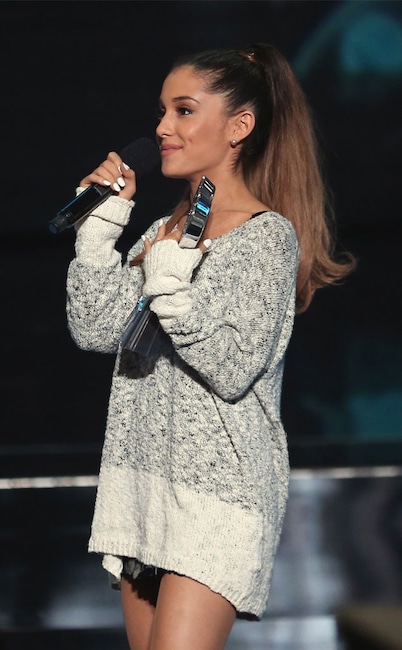 Grande smiles as she accepts the iHeartRadio Young Influencer Award. 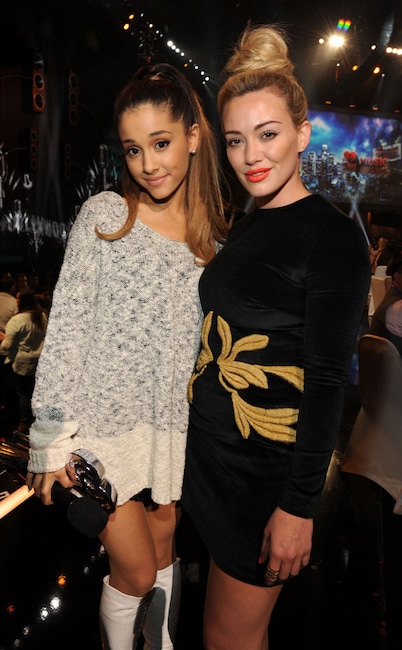 Why Not pose for a photo?

Grande poses with Hilary Duff, who presented her with the iHeartRadio Young Influencer Award.

Congrats on all the nominations!