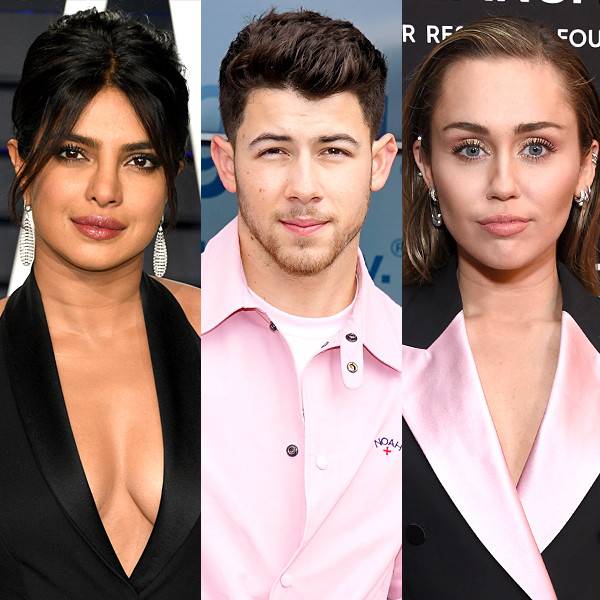 If you grew up in the early-to-mid aughts, then you were probably obsessed with Hollywood’s hottest couple: Miley Cyrus and Nick Jonas.

They were undoubtedly Disney Channel’s power couple, and fans’ hearts broke when the two called it quits. Thankfully, Cyrus released the female anthem for teens everywhere, “7 Things,” which was totes about Nick. It was the “Thank U, Next” of that generation.

Fast-forward to 2019 and both celebrities are happily married to other people—Cyrus married her longtime love Liam Hemsworth and Nick tied the knot with Priyanka Chopra.

In honor of Women’s History Month, Miley has been reminiscing on her Disney days and early aughts fashion. So much so, that her series of throwback videos have caught the attention of her former flame: Mr. Jonas.

The “Wrecking Ball” songstress cheekily posted a DM from the 26-year-old star on Instagram. “That moment when even your ex knows your socials have been [fire],” she wrote with eight accompanying fire emojis.

Nick wasn’t the only one to notice the “Can’t Be Tamed” star’s nostalgic posts.

The “Sucker” singer has also been on “fire” lately. Things have been going exceptionally well for the newlyweds that Nick surprised his wife with the ultimate gift: a luxury car.

On Tuesday, the 26-year-old star gave his wife a black (or dark blue) Mercedes Maybach.

“When the hubby goes number one.. the wifey gets a @maybach !!” Chopra captioned the photo of them smiling and kissing in front of the new car. “Introducing.. Extra Chopra Jonas.. haha .. I love you baby!! Yaaay! Best husband ever..”

It’s clear Mr. and Mrs. Jonas are enjoying the married life, and considering the 36-year-old actress starred in the rom-com Isn’t It Romantic with Hemsworth, it seems there’s nothing awkward about the stars’ Instagram interactions.

Now, can Miley please keep these throwback videos coming? This is tugging at our tween hearts.