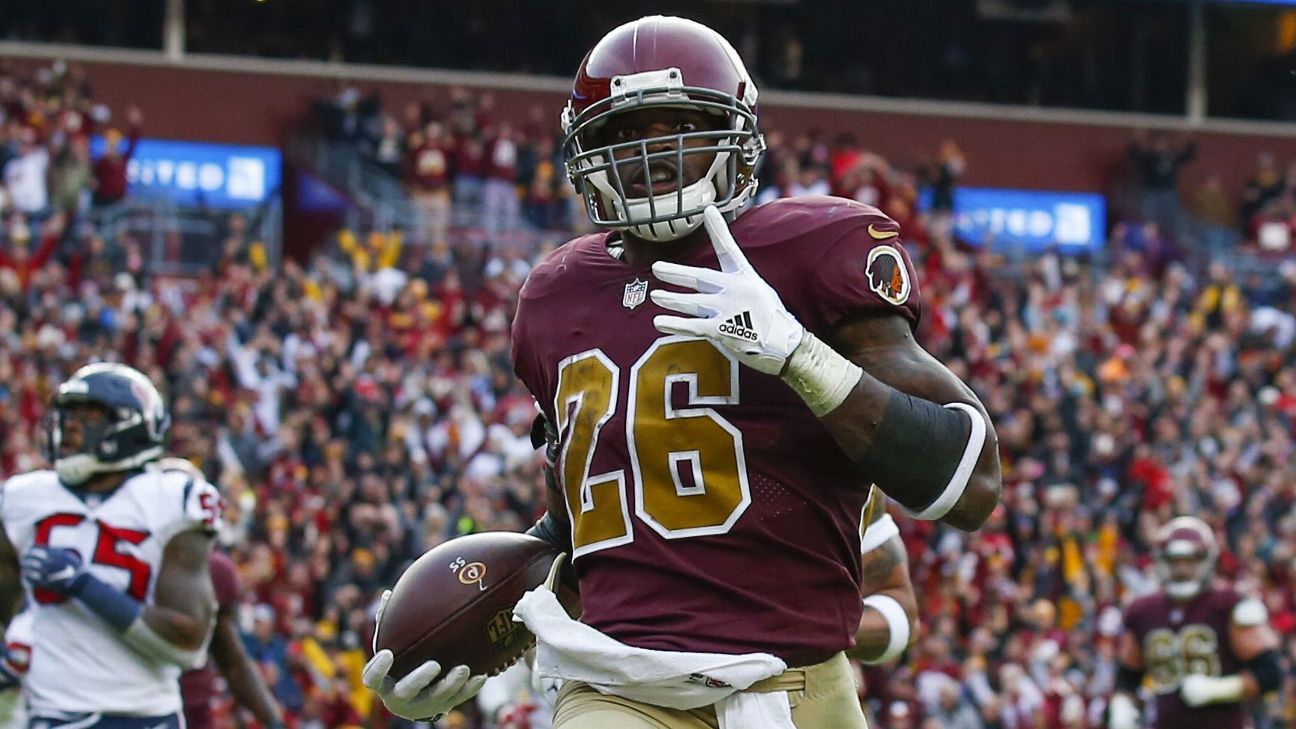 Free-agent running back Adrian Peterson has informed ESPN’s Josina Anderson that he is “going back to the Redskins.”

He said he will receive a two-year contract, and sources told ESPN’s John Keim that the total value is $8 million.

“I feel like we made some good moves to get to where we are trying to go,” Peterson said.

With 13,318 yards, Peterson is the eighth-leading rusher in NFL history. He moved up five spots on the all-time list last season, passing Marshall Faulk, Jim Brown, Tony Dorsett and Eric Dickerson. He has 106 rushing touchdowns for his career, tied Brown for fifth.

Due to a diminished role with the New Orleans Saints and a neck injury after a trade to the Arizona Cardinals, Peterson finished the 2017 season with just 529 yards. He remained unsigned until the Redskins called him in mid-August after losing rookie running back Derrius Guice to an ACL injury.

Peterson spent his first 10 seasons with the Minnesota Vikings, where he was named to seven Pro Bowls and was first-team All-Pro four times. His best season was 2012, when he rushed for 2,097 yards and was named NFL MVP — after tearing his ACL the previous December.

He surpassed 1,000 rushing yards seven times with the Vikings and led the league in rushing on three occasions.

Peterson missed 15 games in 2014 after he was suspended because of child abuse charges.