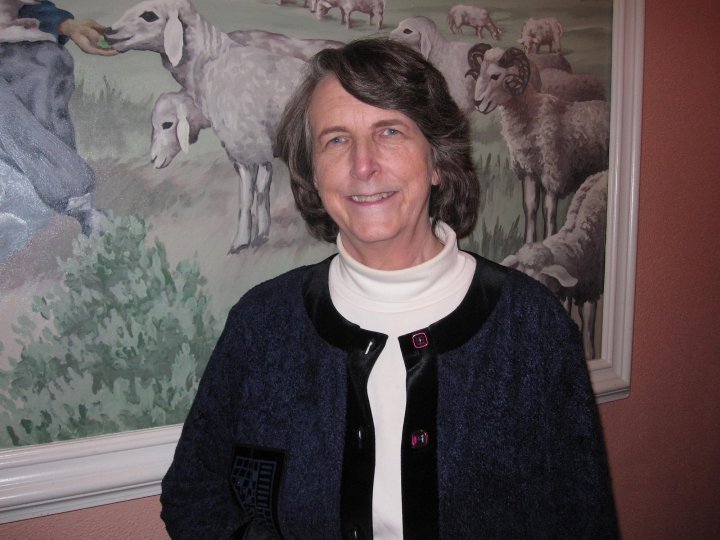 Republican congressional candidate Fern Shubert has a unique theory about the root cause of crime. In a statement on her campaign website during her unsuccessful 2004 bid for North Carolina governor, she explained that she opposed same-sex marriage because “[t]he government’s attack on traditional families is already reflected in rising crime rates. Anyone who cares about the future should seek to structure a society that provides the best environment for raising children, and that is the traditional two parent family.”

The former GOP whip of the North Carolina state Senate filed on Monday to run for Congress in North Carolina’s 9th congressional district. The seat has been vacant since the beginning of January, and the state’s board of elections ordered a new election last month after finding widespread election fraud by operatives working for the 2018 campaign of anti-LGBTQ pastor and Republican nominee Mark Harris. Harris has declined to run in the upcoming special election.

“I have a huge head start on name recognition and I’m a known quality,” Shubert told the News & Observer. “You can spend $1 million telling people what you’re going to do. But people can see what I’ve done.”

ThinkProgress reviewed Shubert’s record, and found that it includes virulently anti-LGBTQ slurs, support for scientifically questionable anti-abortion “Woman’s Right to Know” legislation, and an anti-gun control position rooted in part on the notion that “Hitler supported gun control.” An archived copy of her 2004 gubernatorial campaign site, accessed via the Internet Archive’s Wayback Machine, laid out her anti-gay views in great detail. In it, she compares homosexuality to pedophilia and warns of the dangers of the gay “lifestyle.”

Homosexual rights – Love the sinner but hate the sin seems appropriate. Unfortunately, some believe sin is old fashioned and want everyone to condone a lifestyle that history shows is destructive. After what happened in the Catholic Church, it amazes me that anyone can keep a straight face when suggesting that the Boy Scouts should accept homosexual scoutmasters and parents should ignore homosexual recruitment. NAMBLA has made their interest in child abuse quite evident. If the press were not so supportive of “gay rights,” more people would recognize the hidden agenda. …

Same-Sex Marriage – North Carolina already bans same-sex marriage, and I was one of the co-sponsors of the House version of that bill. I’ve signed the defense of marriage pledge, as have all of the Republican gubernatorial candidates. I’ve also signed the request that the Senate be permitted to vote on the Defense of Marriage amendment to the NC Constitution. The government’s attack on traditional families is already reflected in rising crime rates. Anyone who cares about the future should seek to structure a society that provides the best environment for raising children, and that is the traditional two parent family.

In another article from her 2004 campaign, she compared North Carolina’s “Democrat [sic] Party” to the Taliban, for supposedly failing to protect enough Republican women legislators during the state’s 2001 redistricting process.

A Facebook page created for her 2010 state Senate campaign notes that the former lawmaker “hates being called a politician, claiming the phrase comes from ‘poly’ meaning ‘many’ and ‘tick’ meaning ‘bloodsuckers.’ She prefers being considered a gadfly, which those unaware of history may consider an insult, but which is meant to suggest she asks questions some may find uncomfortable in order to encourage positive action.”

Shubert did not immediately respond to a ThinkProgress inquiry asking whether her anti-LGBTQ views have changed now that marriage equality is the law of the land and crime rates have remained near historic lows.