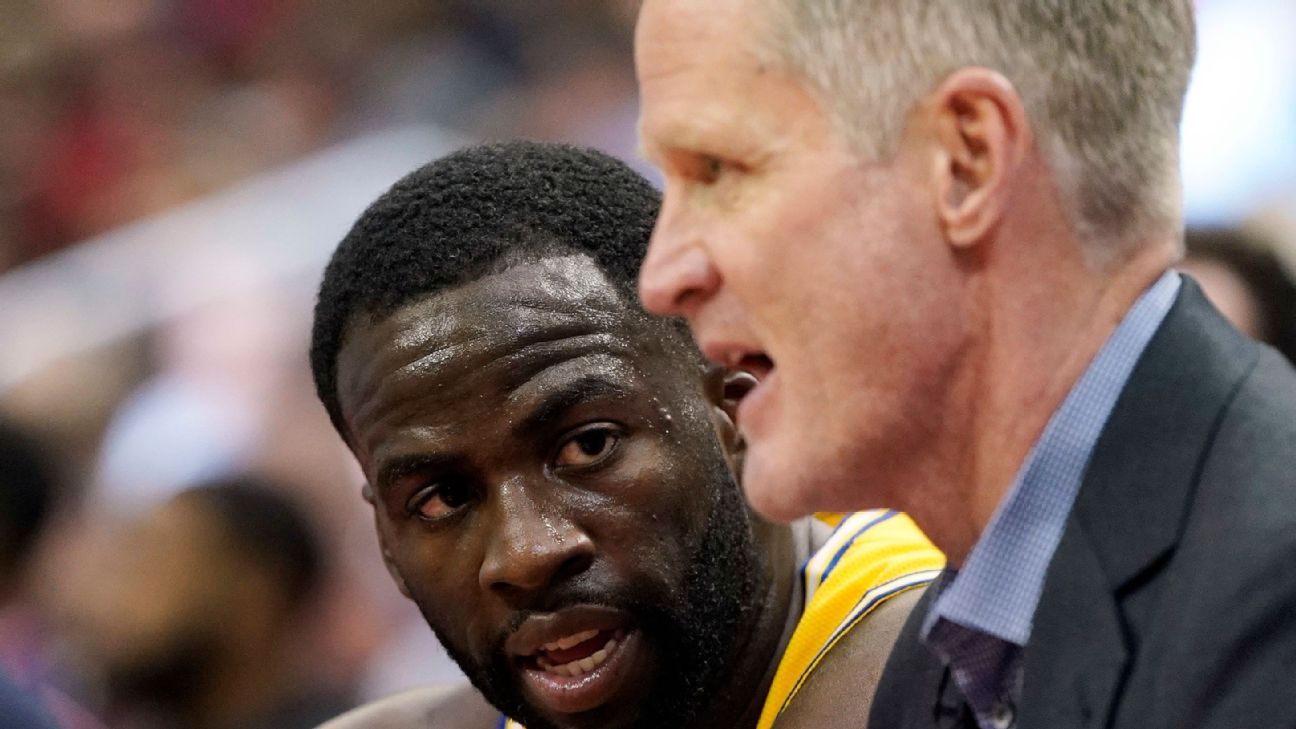 Though the audio is unclear in the video, which went viral after the game, Kerr appeared to say, “I’m so f—ing tired of Draymond’s s—.”

Green said he and Kerr didn’t have to clear the air after the clip gained traction.

“There’s nothing to clear,” Green said. “Like I said, s— happens. We live in a day and age where there’s a camera everywhere. So, if anything, we’ll probably be more conscious of that. But as far we need to clear the air, there’s no air to clear.”

Kerr tried to diffuse the situation after Monday’s practice with a little humor by saying that lip-readers misinterpreted his words.

“No, the lip-readers were wrong,” Kerr said. “What I said was, I beg to differ with Draymond’s approach tonight. Those were my exact words. I don’t know how somebody misconstrued that.”

Green, the emotional leader of the back-to-back NBA champions, took it all in stride on Tuesday. He said he wasn’t surprised the clip received as much attention as it did.

Green said he wasn’t outwardly concerned, because he wasn’t going to let one emotional outburst in a heated moment change how he felt.

“Because someone else’s opinion or how they necessarily may feel ain’t getting me to where I am in the first place,” Green said, explaining his mentality. “So, I don’t really spend my time worrying about how anyone feels. I think everyone is entitled to their own feelings and opinions. So, I don’t take anyone’s feeling or opinions personal because it’s just that for them — it’s personal for them. So, who am I to feel a way about how someone else may feel or feel in the moment? That’s human nature, and we all have those [moments], so that’s how I’m able to move forward.”