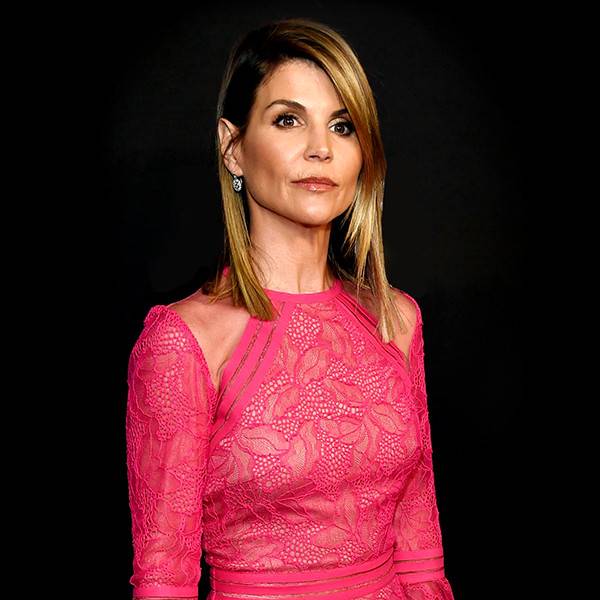 Lori Loughlin surrendered to the FBI on Wednesday morning over her alleged involvement in a major college entrance exam scheme, FBI press office confirms to E! News. The Fuller House star was taken into custody and will be booked at the Metropolitan Detention Center, she will be in court later today.

This news comes 24 hours after E! News obtained court documents that show that both Loughlin and Desperate Housewives alum Felicity Huffman have been charged with conspiracy to commit mail fraud and honest services mail fraud. The actresses are among over 40 individuals who have been charged in connection with the alleged scheme. According to the FBI affidavit, the scheme involved getting students admitted into colleges such as Georgetown, UCLA, USC, Stanford, University of San Diego, University of Texas at Austin, Wake Forest and Yale.

E! News confirmed that 13 defendants were taken into custody Tuesday morning in the Los Angeles area, including defendant Huffman.

Huffman was later granted a signature bond of $250,000 with promise to return to court.

Despite earlier reports, U.S. Attorney’s Office for the District of Massachusetts told E! News that Loughlin had not yet been arrested on Tuesday morning as she was out of the country. She was contact by federal authorities to come back and turn herself in. Loughlin’s husband Mossimo Giannulli was arrested Tuesday morning without incident.

“We are aware of the ongoing wide-ranging criminal investigation involving universities nationwide, including USC,” the school said in a statement Tuesday. “USC has not been accused of any wrongdoing and will continue to cooperate fully with the government’s investigation. We understand that the government believes that illegal activity was carried out by individuals who went to great lengths to conceal their actions from the university. USC is conducting an internal investigation. Donna Heinel and Jovan Vavic have been terminated and the university will take additional employment actions as appropriate.”

“USC is in the process of identifying any funds received by the university in connection with this alleged scheme,” the statement concluded. “Additionally, the university is reviewing its admissions processes broadly to ensure that such actions do not occur going forward.”

William “Rick” Singer, 58, was charged racketeering conspiracy, money laundering conspiracy, conspiracy to defraud US and obstruction of justice for his alleged involvement in the scheme. E! News has confirmed that Singer pled guilty to all counts on Tuesday.

According to a Tuesday press release, Singer owned and operated the Edge College & Career Network LLC (“The Key”) – a for-profit college counseling and preparation business – and served as the CEO of the Key Worldwide Foundation (KWF) – a non-profit corporation that he established as a purported charity.

The release stated that between approximately 2011 and February 2019, Singer allegedly “conspired with dozens of parents, athletic coaches, a university athletics administrator, and others, to use bribery and other forms of fraud to secure the admission of students to colleges and universities including Yale University, Georgetown University, Stanford University, the University of Southern California, and Wake Forest University, among others.”