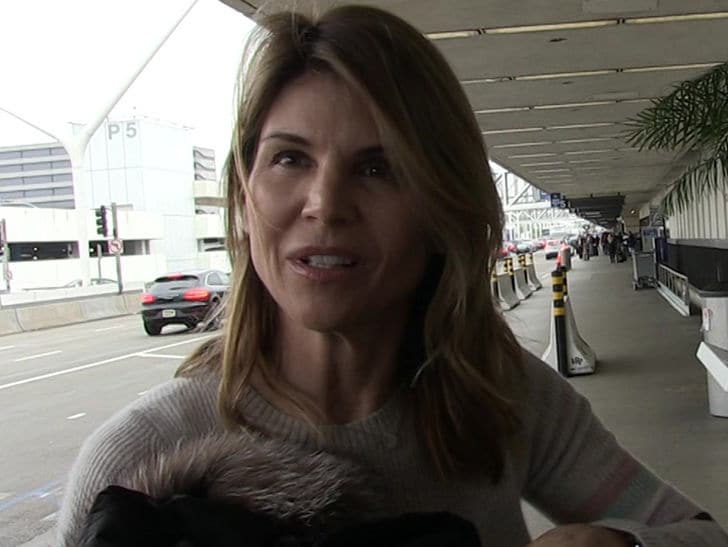 Lori Loughlin just surrendered to federal authorities in Los Angeles … turning herself in after being charged in a massive bribery scam involving some of the country’s most elite universities.

Law enforcement sources tell us Loughlin made prior arrangements to meet with FBI Agents Wednesday for her surrender.

As we reported … the FBI showed up at her doorstep early Tuesday morning, but she wasn’t home because she was shooting in Vancouver. FBI agents arrested her husband, Mossimo clothing founder Mossimo Giannulli, who was also indicted in the bribery scam, and made arrangements with Lori’s team for her to turn herself in when she got back to L.A.

FBI agents will now take Lori to a federal building where she’ll be processed by federal marshals.

As you know … Lori and Felicity Huffman were among the 50 people indicted for conspiracy to commit mail fraud and honest services mail fraud. Lori and Mossimo allegedly paid $500,000 to have their 2 daughters designated as recruits for USC’s crew team, despite the fact the girls didn’t actually participate in the sport.

Huffman was arrested Tuesday — along with Mossimo — in an operation in Los Angeles. Both were released Tuesday night, but didn’t speak with cameras.