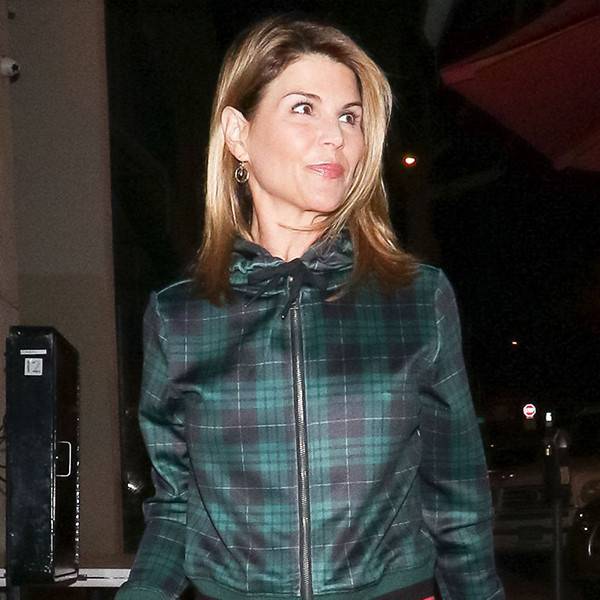 Lori Loughlin raved about sending her daughter to college, years before she, fellow actress Felicity Huffman and 44 other people were charged an alleged $25 million racketeering scheme to help wealthy American parents get their children into elite universities, including top 10 schools Yale and Stanford.

The scam, the largest in U.S. history, had followed an investigation dubbed “Operation Varsity Blues.” It allegedly involved bribes given to coaches and stand-in test takers, as well as doctored photos misrepresenting applicants as elite athletes. The mastermind of the scheme, William “Rick” Singer of the Edge College & Career Network, pleaded guilty on Tuesday to racketeering charges.

Fuller House star Loughlin and her husband, designer Mossimo Giannulli, are accused of paying Singer $500,000 to help their daughters, Isabella and Olivia Jade Giannulli, cheat to gain admission into the University of Southern California, a top 25 college, by bribing rowing coaches at the college. He is also charged with fraud. Giannulli was arrested on Tuesday and was released on a $1 million bond. FBI agents took Loughlin into custody on Wednesday morning.

Huffman, a Desperate Housewives alum, appeared at a Los Angeles court that day. Her husband and Shameless actor William H. Macy, who has not been charged, sat in the front row of the courtroom. Huffman was released on a $250,000 bond.

Singer allegedly arranged for Huffman and Macy’s older daughter Sofia, now 18, to take the SAT test at a test center, rather than at school, where a proctor was paid to administer the exam and secretly correct wrong answers. Sofia scored 1420 points—an improvement over the 1020 score got on a PSAT a year prior. Sofia, who has also not been charged in the case, was also given extra time to complete the exam. A month later, Huffman and Macy allegedly made a $15,000 “purported charitable contribution” Singer’s “Key Worldwide Foundation,” a charity that the FBI claims was used to launder money. Huffman later allegedly made arrangements to pursue the scheme a second time, for their younger daughter, Grace, 16, before deciding not to do so, the affidavit states.

Here are some controversial statements Loughlin, Huffman and their families have made about college and academics over the years:

Lori Loughlin So Excited to Send Daughter to College: In 2017, the actress appeared on the Today show with daughter Isabella. The two gushed over the teen attending USC.

“Not too far,” Isabella said.

“I think I’m in complete denial,” Loughlin said, about her daughter attending college. “I really am because when I think about it too much, it will make me cry.”

“If you’re lucky like I was, at the same school with my daughter, she’s still enrolled but she hasn’t been there for five years,” joked co-host Kathie Lee Gifford, spurring hearty laughs all around.

“Please don’t do that,” Loughlin told her daughter.

Meanwhile, Isabella, now 20, said she wanted to become an actress, like her mom.

Lori Loughlin’s Younger Daughter Really Likes the Idea of Partying: Olivia Jade, a YouTube star, angered many of her fans when she said in a video: “I don’t know how much of school I’m gonna attend…I do want the experience of like game days, partying.”

She added, “I don’t really care about school, as you guys all know.”

She later posted an apology video, saying, “A lot of people like to attack me for the way I’ve grown up because it’s really different from a lot of people, and so anything I say that’s remotely ignorant or bratty or something that I genuinely don’t mean, it gets so much backlash.”

Lori Loughlin Wanted for Her Daughters What She Didn’t Have: “I want them to be happy,” she ET in 2016. “I want to be supportive of everything they want to do, but I do want them to have somewhat of a normal [life]. Finish out high school, college experience, maybe because I didn’t have that, I really want that for them.”

College Wasn’t Olivia Jade’s Idea: When asked why she goes to college, she said on the Zach Sang Show last week, “Mostly my parents really wanted me to go because both of them didn’t go to college. But I’m so happy they made me go. That sounds so terrible…they didn’t make me, like I was, my sister goes to the same school, and we’re pretty much inseparable so it was nice, like, following in her footsteps a little bit. But I do like it.”

“I feel like I would have had like weird FOMO not going to college if all my best friends from high school went and we’re like texting me, telling me how it was, all the parties, the schoolwork, everything, I’d be like, “What am I missing out on?'”

But college is not the most important thing in her life.

“YouTube will always be my #1 passion,” she tweeted in February. “I promise I’d way rather be filming 24/7 than sitting in 6 hours of classes straight but an education is also super important to me so thank u for ur patience and letting me figure out time management . Ily bbs.”

No Straight A’s Needed for Lori Loughlin’s Kids: “You know, I don’t ever do, I never pushed my kids to—I always say, ‘Do the best you can,'” the actress told Page Six in a 2017 on-camera interview. “For my husband too, their dad, never we were never like, ‘At school you got to get straight A’s.’ We were never those parents. We were always like, ‘You know what? Give it your all. Do the best you can ’cause in life if you give it your all and you do the best you can, that’s it. That’s all you can do.’ And that’s enough, in my opinion, especially with kids. I think we’ve put so much pressure and stress on them. A lot of it is unnecessary and I think it’s important to just have downtime, free time. I never over-scheduled my kids. Never. I always gave them plenty of time to just sit in their playroom and, you know, use their imaginations.”

Felicity Huffman: Good Mom: Days before the arrests, the actress posted on Instagram a photo of a notebook and a “Good mom” coffee mug, writing, “To all the moms out there, you’re all superheroes and you’re all good enough. Don’t let anyone tell you differently. Treat yourself today,” according to US Weekly. After her arrest, she deleted the post.

Macy told Parade in comments published in January that Sofia was going to go to college, adding, “I’m the outlier in this thing. We’re right now in the thick of college application time, which is so stressful. I am voting that once she gets accepted, she maybe takes a year off.”

“God doesn’t let you be 18 twice,” he added. “I know from casting, if you need a 25-, 26-year-old actress, there are a lot of them out there and they’re really good. But if you need a 15-, 16-year-old actress, it’s tough. Sofia looks young. I think this is an opportunity for her. But it’s just my opinion, and we’ll see what she wants to do, what Felicity thinks and how the chips fall.”

He said his and Huffman’s younger daughter, Grace, is “interested in politics, political science and pursuing that,” adding, “She’s in a very academic school and killing it.”