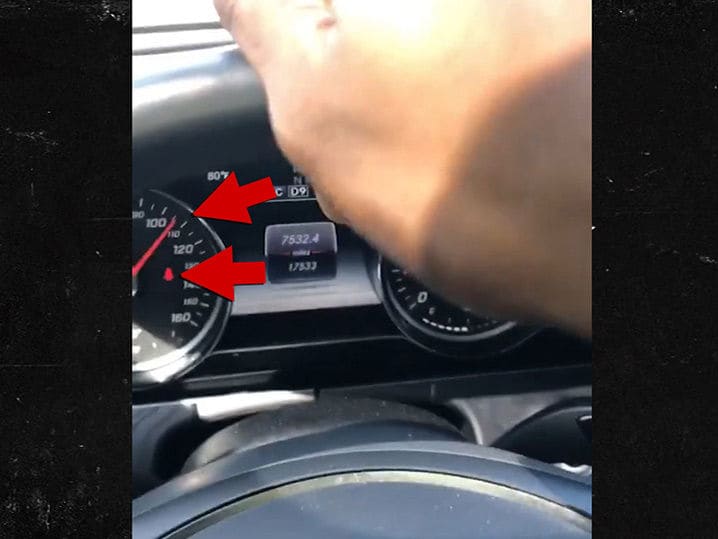 While Recording On His Phone

LJ posted the (not so smart) footage on his Instagram Story Tuesday … presumably to show off his icy bracelet and fancy Mercedes.

The problem? You can see in the vid, the speedometer is PASSING 105 MPH … with his phone locked in one of his hands.

Yeah, ain’t exactly a look the Ravens want to see.

Plus, there’s a seatbelt light on the dashboard, which shows someone in the car ain’t buckled up. It seems Lamar’s alone in the car. We’re HOPING it’s a mistake and he’s buckled up for safety.

What makes things even tougher for the Ravens to swallow? They’ve had an up-and-down offseason so far, losing studs like Terrell Suggs and Eric Weddle — and Jackson also posted he isn’t happy about that.

“Lol I wish we could’ve kept everyone,” Jackson said … “us players have 0 say so.”

We’ve reached out to the Ravens for comment on Lamar’s vids … but so far, no word back yet.