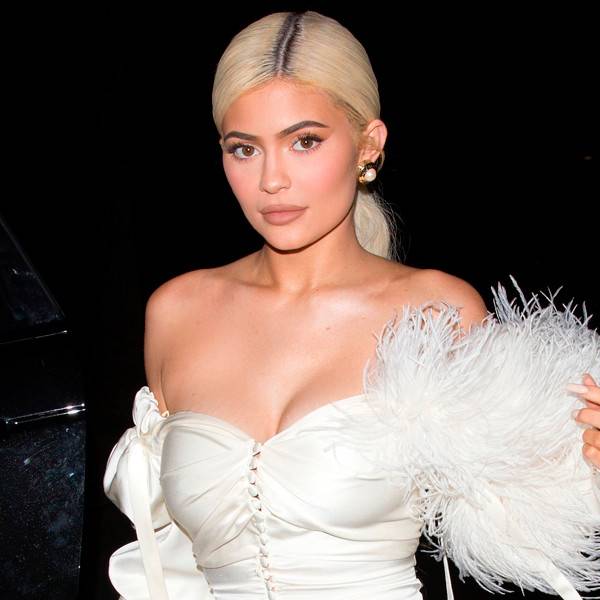 Kylie Jenner is happy to have her old body back.

The Keeping Up With the Kardashians star gave birth to her and Travis Scott‘s first child, daughter Stormi Webster, in February 2018.  Kylie, 21, has said in the past she gained 40 pounds while pregnant. Three months post-childbirth, she said on Snapchat that she would like to lose 20 pounds. Kylie, who has also said she doesn’t like working out, seems happier about her body these days; In an Instagram selfie video posted on Tuesday, she wrote, “I’m proud of my little stomach.”

When asked during an Instagram Live session how she “got a flat tummy again,” Kylie said, “Honestly, it’s all about diet for me.”

“I’m naturally just a really skinny person…like [sister] Kendall Jenner, but not like Kendall—she’s naturally like, model status,” Kylie continued. “But, yeah, I always had a really flat stomach, but I never felt it went back to before Stormi until recently. And I feel like it has a lot to do with diet. Like, I really eat very crazy usually, like whatever I want—pizza, pasta, a lot of diary, and I just kind of cut that all out, and have just been eating better, and I feel like that’s the trick for me, personally.”

“And I also think after a child, it really does take just as long to get your body back as it did to create a child,” she said. “Because, I heard that from a  lot of people. Like, it takes a full year…it really does, it really does. I definitely feel back to myself again.”

“I ate lot of Eggos—and if you know me, I hate Eggos, always have,” she said. “But when I was pregnant, I was like mmm! I ate like three a day. I just ate like a magnitude of food—so much, so much food. And, I was having a girl, and they say when you’re having a girl, you crave more, like, sweets vs. salty, and that was true for me. Like, a lot of Krispy Kremes, a lot of sweets. Nothing weird or crazy, but just really sweet things—ice cream, just whatever I wanted.”

Keeping Up With the Kardashians returns for a new season on Sunday, March 31 at 9/8c only on E!