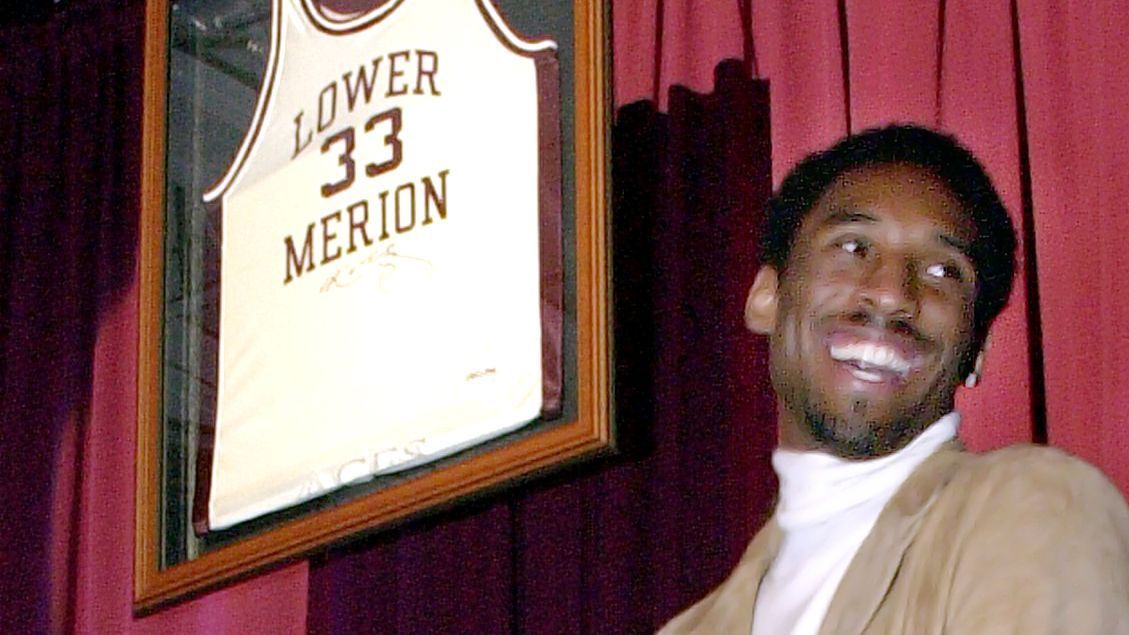 More than two years after it was stolen from a display case at Lower Merion High School and following a trip halfway around the world and back, Kobe Bryant’s high school uniform has been returned.

The jersey was acquired by Liu Zhe, a China resident, in October 2018, after it resurfaced some 6,300 miles from where it was last seen in Ardmore, Pennsylvania. Liu, a 28-year-old self-proclaimed Kobe fanatic purchased it to add to the Kobe collection that he keeps in his home in Harbin, the capital of the Heilongjiang province in China.

Liu, who proudly displays his Bryant memorabilia on his Instagram account, was contacted by an online seller, who gauged Liu’s interest in the item. Liu told ESPN he paid approximately $2,000 for it, happy to add Bryant’s high school No. 33 to his collection full of Los Angeles Lakers uniforms — both the No. 8 and No. 24 versions — and a No. 10 USA Basketball jersey of Bryant’s.

However, after having the jersey in his possession, Liu realized the striking resemblance of his new memento to the framed Bryant jersey that was taken back in 2017 along with Lower Merion’s 1996 PIAA Boys’ Basketball 4A State Championship trophy, Bryant’s Parade All-American plaque, as well as several game programs and five pairs of Bryant’s signature Nike sneakers done up in the Aces’ maroon and white color scheme.

Liu intended to return the uniform to Bryant in person when the former Lakers star visits Shenzhen, China on March 16 to announce the draw for the 2019 FIBA Basketball World Cup.

However, after connecting with a representative for Lower Merion’s basketball team through their Instagram account, Liu agreed to mail the uniform back to the school.

He asked for no compensation in return — other than hoping that Bryant would be alerted that the jersey had been recovered. Adding to the international intrigue of the jersey’s jaunt, aiding the translation between Liu and the basketball program was Saiyuan Bian, a professional basketball player in China. Lower Merion head coach Gregg Downer befriended Bian in 2014 when Bian was in the states serving as a translator for the Shanxi Brave Dragons during the Chinese team’s preseason training camp held in the Philadelphia area.

“We reached out to Bian and said, ‘I think that this guy may be demanding a meeting with Kobe, but maybe it’s getting lost in translation,'” Lower Merion assistant coach Doug Young, who was a teammate of Bryant’s at L.M., told ESPN. “So Bian, our friend from China, became kind of the intermediary in all of this.”

Liu, who has already met Bryant a handful of times when the five-time champion made promotional appearances in both China and the United States, said he was motivated to right the wrong that occurred based on a note Bryant wrote to him. Liu was named camper of the day at a Bryant-sponsored camp in Los Angeles in 2018. Liu posed with Bryant for a photograph when he received the camp recognition and Bryant autographed the photo of the two of them, adding a personal inscription.

The school received the jersey in the mail last week and handed it over to the Lower Merion Police Department. On Tuesday, straight out of an episode of “Pawn Stars,” Detective Ed Sarama consulted an area memorabilia shop to verify that the signature on the uniform was authentic. In the opinion of the New Jersey-based shop, it was.

The jersey was not actually worn by Bryant when he scored 2,883 points over his four-year standout stint for Lower Merion from 1992-96. The school had 10 replica jerseys made up when the school retired his No. 33 early on in Bryant’s standout career with the Lakers. Bryant signed the 10 jerseys and they were distributed to team boosters and school officials, with one being kept for display purposes.

The fact that the jersey recovered by Liu was manufactured by DeLong only added to Lower Merion officials’ belief in its authenticity. DeLong stopped producing basketball uniforms in 2008, according to a customer services representative reached by phone by ESPN this week, and the sporting goods company now focuses its business on letterman jackets and team gear.

The Lower Merion Police Department’s investigation is ongoing in hopes of recovering the rest of the stolen items and bringing the thieves to justice, having received additional information from Liu about the online seller he purchased the jersey from.

“We’d love to know what happened to the other items too but just the fact that someone, when they realized what they had, was willing to send it back and do the right thing was a very welcome turn of events,” Young said. “We’re very excited to have the jersey back in its appropriate place.”

“As coaches, we’d love to think that these kinds of things bring good karma and are harbingers of success,” he said. And soon the jersey can once again be appreciated by fans like Liu from all over the world who make the trek to L.M. to see where Bryant’s legacy took root.

“I’m sure the Kobe tourists who come to Lower Merion High School to check out the Kobe Bryant Gymnasium and the trophy case will enjoy seeing the jersey again,” Young said. “For our school community, it’s certainly bigger than that — we appreciate that someone was generous and willing enough to give us back a little piece of our history.”

And now all Liu wants is for Bryant to know who hooked him up with an assist.

“I hope Kobe can know the news before he comes to China,” Liu said.