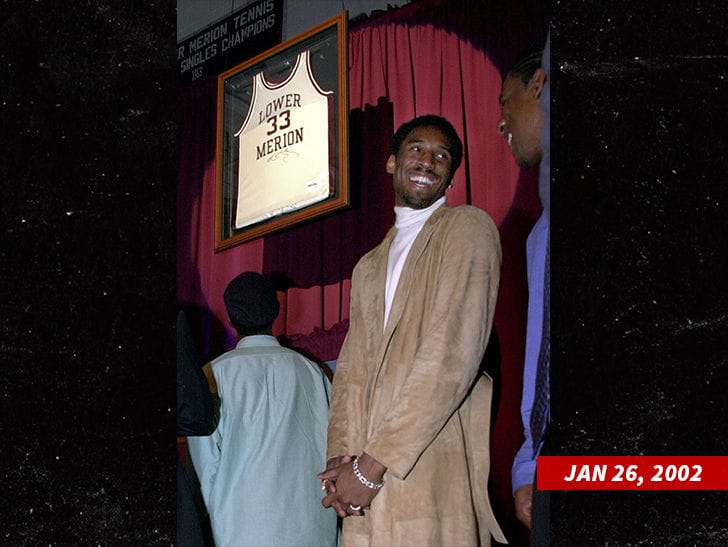 A Kobe Bryant high school basketball jersey — stolen out of the school’s trophy case in 2017 — has been located by a fan in China who’s returning the item … for free!!

Here’s the deal … someone broke into a display case at Lower Merion High School in Pennsylvania on Super Bowl Sunday in 2017 and jacked the autographed #33 Bryant jersey he had signed for the school.

Bryant was a high school phenom at Lower Merion — where he scored nearly 2,900 points during his 4 years. He also scored a date to his prom with Brandy, ‘memba that?!

Well, there was a huge break in the missing jersey case … when a Kobe superfan in China named Liu Zhe noticed the jersey he recently bought for $2,000 looked VERY similar to the stolen jersey.

Turns out … it IS the same jersey.

So, 28-year-old Zhe … being a good dude … decided to send the jersey back to the school, free of charge, because he felt it was the right thing to do, according to ESPN’s Dave McMenamin.

The good news … Lower Merion has already received the jersey and reps are now working with police to see if they can track down the thief who jacked it in the first place.

So, what does Liu want for his role in the jersey recovery? Nothing really … just for Kobe to know he did the right thing.