Okay, Chris Harrison, you got us. That was actually quite dramatic—dare we say the most eventful Bachelor finale ever?

While the 23rd season of ABC’s beloved love hunt certainly had a happy ending—lead Colton Underwood went rogue to prove how hard he’d fallen for his final rose recipient Cassie Randolph, sending home runners-up Tayshia Adams and Hannah Godwin before the penultimate rose ceremony and she finally reciprocated his feelings of love—it was far from traditional.

Neil Lane-sponsored proposals are as essential to the Bachelor franchise as disasters are to Grey’s Anatomy. Rachel Lindsay suitor Peter Kraus was basically voted off the island for admitting that, yeah, it’s hard to wrap your mind around committing to forever after just weeks of sporadic dating. And previous stars such as Juan Pablo Galavis and Brad Womack were crucified for refusing to get down on one knee as if it were a character flaw to not be 100 percent confident in what is, essentially, a brand new relationship.

But since Underwood’s reasoning for offering up a promise to see where things go in place of a four-carat round diamond was less about an unwillingness to make a grand gesture and more about making his chosen winner comfortable with the trajectory of their relationship, his move was seen as sweet rather than a red flag. Still it doesn’t exactly portend a permanent happily ever after. Though the show’s track record is overall fairly dismal (just one Bachelor and six Bachelorettes are still with the person they happily embraced as the show’s final credits aired for a success rate of less than 20 percent) not one of the stars who decided to forgo a proposal are still attached to their TV mate.

Underwood is certainly hoping to be the exception to the rule. Already referring to Randolph as his future wife, he uprooted from Denver to be closer to her in L.A. and promises actually cohabitation will come about eventually. “We still have a lot of conversations to have and we have a lot of room to grow in our relationship, too,” he explained to Harrison of their decision to move at a sensible pace atypical to Bachelor couples. “So we’re enjoying dating right now.”

And while approaching their romance like any standard relationship might be prudent, history shows the odds aren’t exactly lined up in his favor.

When the former professional soccer player decided not to proffer a diamond to pediatric nurse Ferrell, 32, in the 2014 finale it was definitely not okay. For years the 37-year-old was saddled with the title of worst Bachelor ever up until the point flip-flopper Arie Luyendyk Jr. asked him to hold his drink. Though he also held off on saying the L-word to his clearly smitten girlfriend, their pair’s romance meandered on for some seven months (and one stint on VH1’s Couples Therapy) before she finally pulled the plug.

In the years since, they’ve walked down the aisle separately with the sports and music consultant, dad to 10-year-old Camila, marrying Venezuelan model and TV host Osmariel Villalobos, 30, in 2017 and Ferrell finding her guy in a longtime pal Tyler VanLoo. Though recent reports suggest that two-plus years after her wedding, the Kansas City resident may be a bachelorette once more. 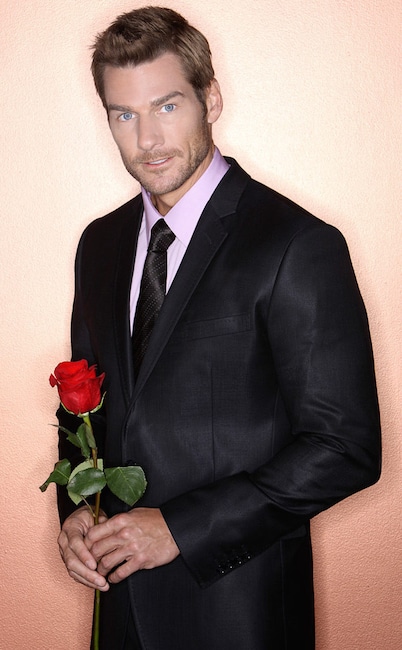 The Texas bar owner’s decision to send both Jenni Croft and DeAnna Pappas home earned him a slap on the face and a slew of online hate, which could account for his decision to avoid social media in recent years. Four seasons later he was offered a chance at redemption, eventually getting down on one knee for sweet single mom Emily Maynard, but that romance quickly faltered as did a subsequent one with fellow show alum AshLee Frazier, the personal organizer who finished third on Sean Lowe‘s edition.

His dearth of Instagram photos and recent tweets makes it tricky to tell if the 46-year-old is doling out roses to any one woman in particular, but he does remain deeply committed to at least two of his Austin establishments: The Dogwood and The Dizzy Rooster. 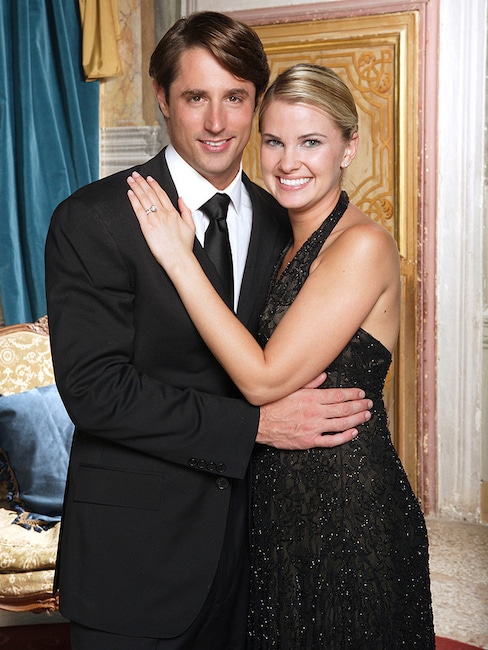 Welp, that was fast. Thanks to his Italian lineage (his dad is Prince Francesco Marco Luigi Costanzo Borghese), the businessman, 46, felt the need to truly charm winner Wilson. “I felt a lot of pressure to fall in love and find that happy ending,” he explained to People of his decision to offer up a “friendship ring” on the Rome-based finale. “I was forcing myself to have feelings that I didn’t have.”

The act lasted all of one month, with the Animal Aid USA president explaining, “Our relationship wasn’t based on reality. It was difficult to sustain.” While his main companions these days appear to be of the furry variety, PopSugar reports the former teacher, now a Florida-based wellness coach, married an Ohio accountant named Lee Gerschutz. Though ER doctor Stork and his teacher love were both Tennessee-based, the romance between them was decidedly not rosy by the time their 2006 finale aired. “You’re in Paris and you’re part of this incredible experience, this fantasy world, and then suddenly you come back to Nashville, and living in the same city I think we thought was going to be a great thing,” Stork, 47, told The Tennessean, confirming their relationship had wilted mere days after their proposal aired. “But instead, you’re forced to pretend you don’t know someone, for essentially the last four months. The reality is that we were in this fantasy world. And now that we’re back in Nashville, over time when you’re not allowed to see someone, you grow apart.”

Stone, now a real estate agent and co-host of the Say It Southern podcast, found her forever with husband Brock Smith and their three daughters. And after a brief marriage to pediatrician Charlotte Brown, The Doctors cohost and author of The Lose Your Belly Diet is set to wed attorney Parris Bell. 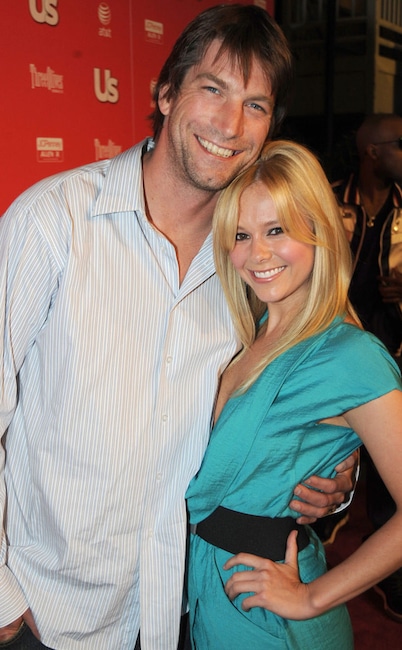 Even without a cushion cut Neil Lane, the actor’s romance with Brice chugged along for several years, surviving one breakup before they parted ways for good in 2010. “The thing is that we dated for five years…and were just arguing over the same things and stuff like that,” Jerry O’Connell‘s younger bro, 43, explained to People. “And then eventually you’ve got to go your separate ways.”

In the all’s well that ends well department, Dallas-based Brice, Director of Clinical Marketing for Cutera, is now a mom to three boys with her husband of several years while O’Connell and Playboy Playmate Anna Sophia Berglund, 32, tied the knot last spring in a Montauk, N.Y. event that Jerry labeled the “Best Wedding eva”. 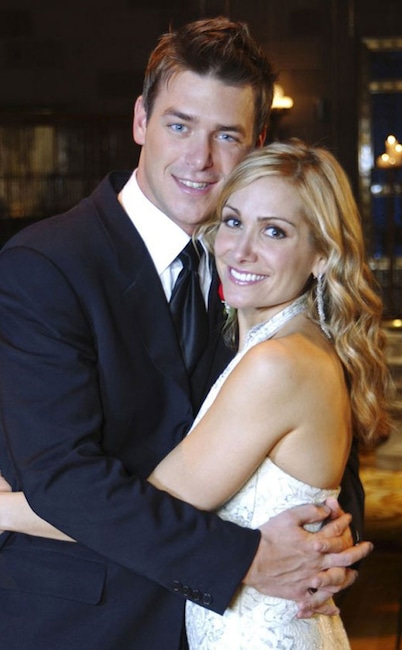 Proving Bachelorettes are no more eager to enter into ill-conceived engagements than their male counterparts, Andrew Firestone‘s ex-fiancée flatly turned down Ferris’ proposal during the show’s live 2005 finale.

Four years and one explanatory book—her 2007 tome Better Single Than Sorry—later, the 42-year-old turned a very successful blind date with businessman Joe Waterman into forever. The duo settled in Chicago, but moved back to Schefft’s native Ohio in 2017 to raise daughters Mae, 8, and Charlotte, 6. “It was fun to be in the spotlight, but it was also very challenging in that I hated hearing what other people had to say about me,” she noted to Cleveland Magazine.

Ferris credits his brush with fame to leading him to wife of eight years, Natasha Goss. He connected with the hopeful actress while she was waitressing at West Hollywood spot Dominick’s. Having recognized him, as she put it to Rochester newspaper Democrat and Chronicle, as “that hot guy from The Bachelorette,” she sat him at a corner table and made her move. “If it wasn’t for the show and for my friend asking me to go out and picking that restaurant,” the dad of 4-year-old son Asher told the outlet, “I don’t know what my life would be like now.” 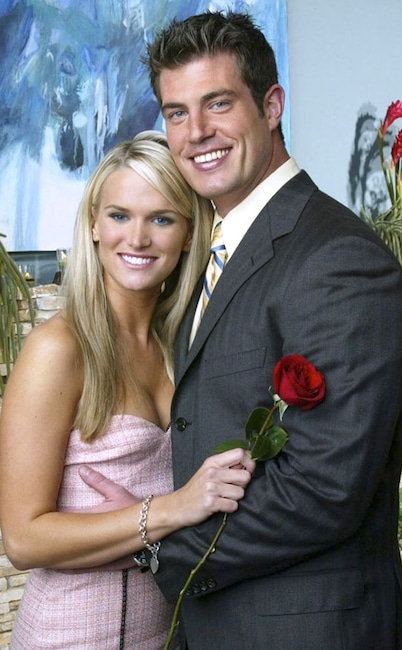 “I am not ready to propose to you tonight. I think that we need more time to grow and learn about each other,” the New York Giants backup told California-based law student Bowlin during their 2004 finale, explaining why he was holding out a plane ticket to NYC and not a diamond sparkler. But a month after that episode aired they were both flying solo.

Palmer, 40, ultimately found a second act with both ESPN, where the University of Florida alum works as a college football commentator, and model girlfriend Emely Fardo, the pair having met while taking a class at New York City boxing studio Rumble. As for Bowlin, she stayed true to her California dream, passing the state’s bar exam in 2007. Now a working attorney, she’s also a mom of a son and a daughter with husband Omar Rawi. 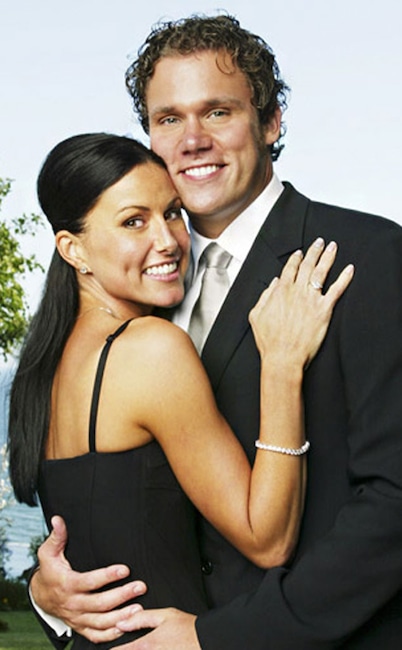 With one divorce already under his belt, onetime Trista Rehn suitor Guiney was less eager to get down on one knee than the two men who had come before him. “I had some trepidation about proposing because I’d already been married,” he noted to People. “I wanted to be triple sure I was ready.” Which, good call, as mortgage broker Estella Gardinier was returning her promise ring some five months later.

Guiney’s next proposal, to actress Rebecca Budig, ultimately ended in divorce but he felt confident he got it right when he asked Jessica Canyon to be his bride. “We get along great, she let’s me be me,” the TV host and marketing exec, 47, told People. “I know exactly who I am right now, as I would be in front of her with the same terrible jokes and the ‘third time’s a charm’ crap.” His intuition seems to be spot on, with the Seattle-based duo welcoming son Grayson in December a little more than two years after they wed in Mexico.

Gardinier, meanwhile, has discovered self love. A nutritionist and Pilates and yoga instructor, she launched Project Love You, an organization committed to bringing support to those grappling with depression. 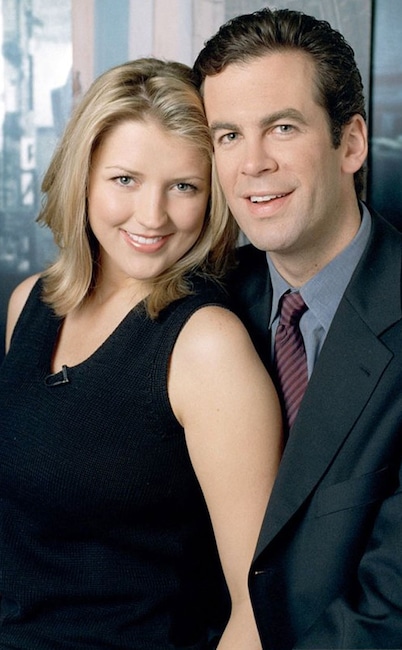 Back before a betrothal was standard operation procedure, the OG Bachelor, 48, asked Kansas City event planner Marsh to simply join him in living at his California home. “Before we walk down the aisle together, I want to make sure we feel the same way about each other outside the fancy world of mansions and limousines,” he explained. Such luxuries removed, the duo split months later.

Marsh later found her forever with childhood pal Jay Caldwell (the spouses share a daughter), but Michel’s status is more unknown. The Harvard grad, a New York City media industry executive, has gone so off-grid since his 2002 stint on TV that even Chris Harrison isn’t entirely sure what he’s up to. “I know people have tried to get ahold of him,” he shared during a 2013 interview with Katie Couric. “We do owe him a debt of gratitude; he kicked this whole thing off.”