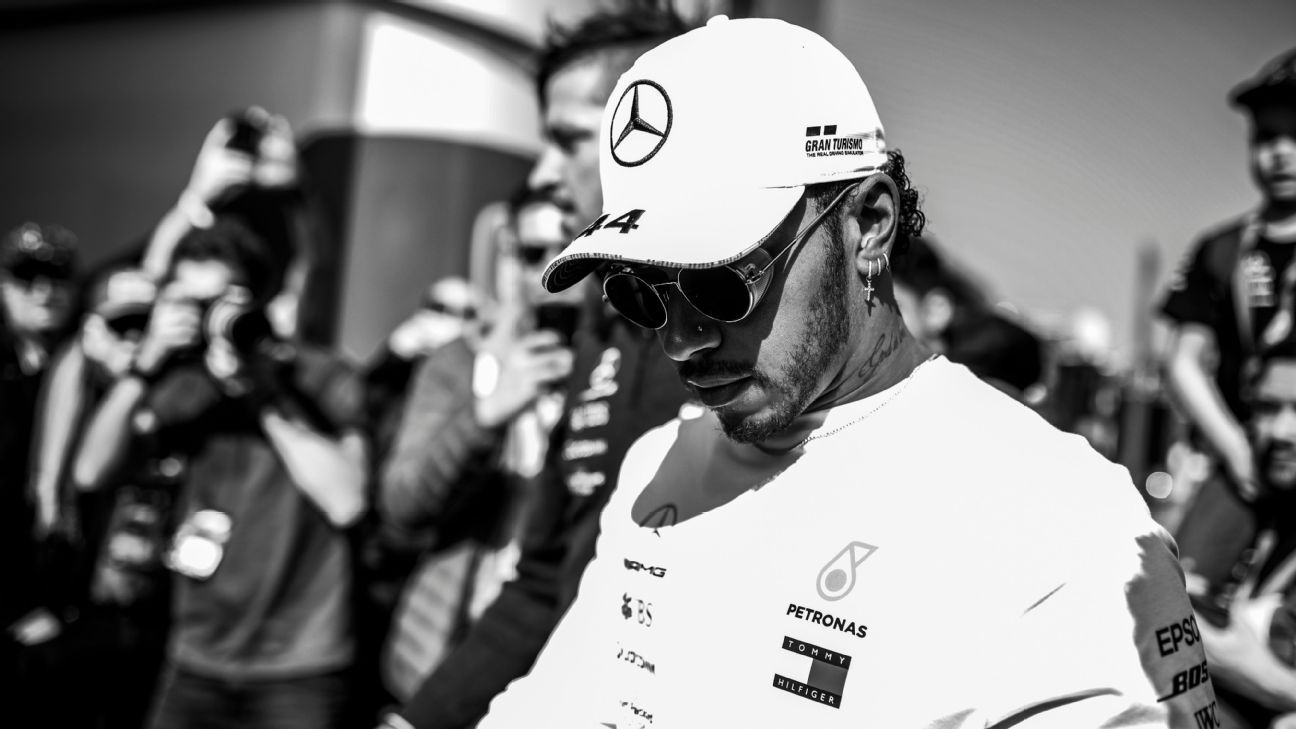 MELBOURNE, Australia — The new Formula One season gives fresh hope to all drivers and teams, dreams of lifting trophies and taking trips to the podium abound, and (just about) everyone has a clean slate from all that has gone before.

So, who holds the most sway in how this season will play out? Today we launch our first edition of F1 Power Rankings, in an attempt to make sense of what to expect in Melbourne and beyond.

Ferrari may have appeared to be the top dog in winter testing, but heading into season 2019, Hamilton is still the man to beat. The 34-year-old upped his game to scary heights last year and at times looked virtually unbeatable. He finished the year with 11 race wins and tallied over 400 championship points en route to a fifth world title and a second in succession.

There were glimpses of Vettel’s best throughout a rollercoaster 2018 campaign, but ultimately too many mistakes saw his title challenge fall in a heap. Nevertheless, he once again looms as Hamilton’s greatest championship threat, particularly after Ferrari enjoyed the strongest pre-season testing of any team. The Scuderia left Barcelona with advantages over the field in both race and one-lap pace.

After week one of testing, Verstappen fans would have been getting just a tad excited, but a frustrating second week — which saw Red Bull miss out on valuable mileage — has seen them slip behind Ferrari and Mercedes. But Verstappen has proven on numerous occasions he doesn’t need the quickest car to win races and his final five grands prix of 2018, where he scored five straight podiums, shows he is ready to challenge the front two on a consistent basis.

An off-season move from Sauber to Ferrari has given Leclerc a genuine shot of winning races in 2019 and the general consensus is he’s not going to be waiting too long for his first victory. Last year Leclerc comprehensively outscored teammate Marcus Ericsson by 39 points to nine, and while going up against Vettel is a far greater challenge, the German has struggled in the past when pitted against a new, younger teammate. Just look at Daniel Ricciardo at Red Bull in 2014.

Driving a Mercedes in 2018 and not taking a single win would really have dented Bottas’ confidence, but we shouldn’t discount the poor luck he endured in the early rounds and the terrific rear-gunner role he played in the latter stages of the season. The Finn is a proven race winner and if he starts this season strongly he could start working his way up these rankings.

Last year was Magnussen’s best year in Formula One. He finished ninth overall after claiming 11 top-10 finishes in his Haas. That said, he would likely have been a few rungs lower on this list had it not been for a scintillating race simulation late on in testing. Yes, it’s still very early, but Haas appears to be the leader of the midfield pack once more.

For the first time in his career, Hulkenberg claimed best of the rest honours by finishing seventh overall behind the Mercedes, Ferrari and Red Bull drivers. He is still yet to stand on a Formula One podium, but claimed six top-six finishes last year alone. Renault began testing well but by the end of the eight days they had slipped back into the midfield.

It may seem a little harsh for Raikkonen to come in this low after turning in his most productive season in half a decade, but his move from Ferrari to Alfa means he is no longer going to be fighting at the front of the pack. However, the 39-year-old won’t be too disheartened with winter testing. The team was able to complete 922 laps and showed signs that they can battle with just about all of the midfield teams.

Last year wasn’t Grosjean’s greatest season with teammate Magnussen comprehensively outscoring him, but the Frenchman did improve in the back half of the year. With a great two weeks of testing under his and Haas’ belt, there’s certainly reason for optimism in the Grosjean camp heading into season 2019.

He may have won two races in 2018, but Ricciardo fell out of form in a major way as the season rolled on. The Australian shocked the F1 world with his move to Renault and it’s only going to be tougher for him this year with Red Bull once again looking the quicker of the two cars. On his day he is capable of pulling off the greatest of drives, however it’s not something we are seeing week in, week out.

Testing didn’t go exactly to plan for Perez with Racing Point finishing up way down the order, but the Mexican carries a strong form line into the new season. Perez ended 2018 with seven point-scoring finishes from the final nine races, including an impressive P5 in Belgium that launched the Racing Point era.

Like Leclerc at Ferrari, Gasly is making the step up to a top team, partnering Verstappen at Red Bull. The young Frenchman has only competed in 26 races so far in his career for just five top 10 finishes, but his fourth place in Bahrain early last year highlighted his talent. With a far more competitive car underneath him and greater experience, expect a breakout year from Gasly.

The first half of 2018 was much stronger than the second for Sainz, but it didn’t stop the then-Renault driver from scoring a top-10 finish in the championship. His move to McLaren appears a step back, at least in the short term, but he will be the more experienced driver at the team and could soon take advantage of McLaren’s rebuild.

2019 is a fresh start for Stroll who endured a tough campaign at backmarkers Williams last year. The 20-year-old has made the move to Racing Point for the 2019 season and although testing wasn’t too positive, he’s likely going to have a much greater chance of fighting for top-10 finishes this year.

After falling out of favour at Red Bull in 2017, Kvyat found himself without a full-time seat for the 2018 season. He spent the campaign as a development driver for Ferrari and returns to the main grid in 2019 with Toro Rosso, for what will be his fifth full season in the sport. Overall, Toro Rosso can be pleased with their eight days of testing. The team finished up with the fourth-highest total lap count and managed to post some reasonably competitive times.

The Formula 2 champion from last year may have a tough year ahead of him racing at Williams, but he’s already a proven quantity. The 21-year-old won seven races to dominate the championship in 2018 and will give his more experienced teammate Robert Kubica something to think about throughout this season.

A second-placed finish in 2018’s Formula 2 championship proves Norris, like Russell, is ready for the step up to Formula One. The Brit may have only claimed one win throughout the campaign, but he was a picture of consistency, finishing in the top four on 13 occasions. He will drive for McLaren, who enjoyed a solid winter testing.

Few would be surprised to see Kubica skyrocket up these rankings after the first few rounds of the season, but given it’s been nine years since his last race in Formula One, it’s only fair he starts the year towards the bottom, particularly given Williams’ horrific start to the season where they were absent for large chunks of testing.

Promoted from test driver to full-timer, Giovinazzi gets his first crack at a full season in Formula One. The Italian comes to Australia having already raced there back in 2017, finishing P12. As mentioned, Alfa Romeo impressed during testing, so the platform is there for him to perform.

Formula 2’s third-place finisher from last year, Albon, joins Toro Rosso in 2019. The 22-year-old is one of three drivers who will make their debut in Melbourne this week. All eyes will be on him to see what he can do.