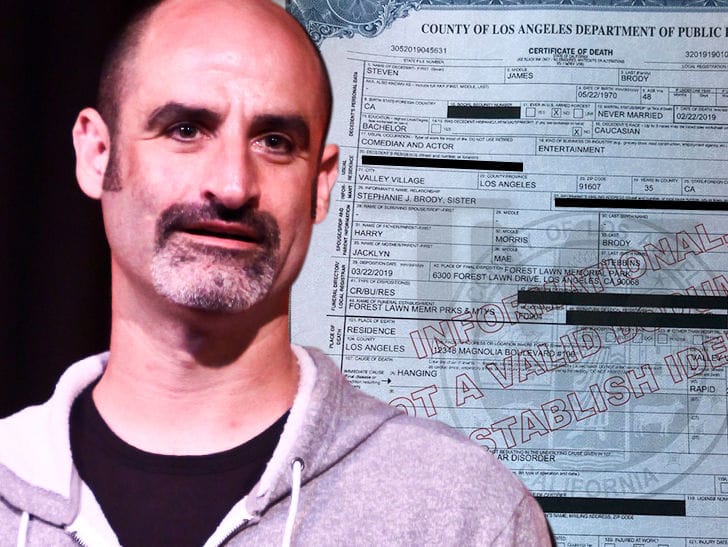 Stand-up comedian Brody Stevens‘ struggle with mental illness is listed as a factor in his suicide on his death certificate.

TMZ obtained the document which confirms Brody died by hanging. Specifically, it says he used a belt to hang himself from a door. It also says his “history of depression and bipolar disorder” was a significant condition contributing to his death.

As we reported … the comedian and actor was found dead last month at his home in L.A. He had been hospitalized in 2011 after suffering a bipolar episode, and tackled topics like depression on his Comedy Central series, ‘Enjoy It!’

Despite that, Brody was famous for preaching positivity during his popular stand-up act. He also had roles in movies, such as “The Hangover” and “The Hangover II” — and was an avid baseball fan. Brody pitched in college at Arizona State University until he suffered an elbow injury. 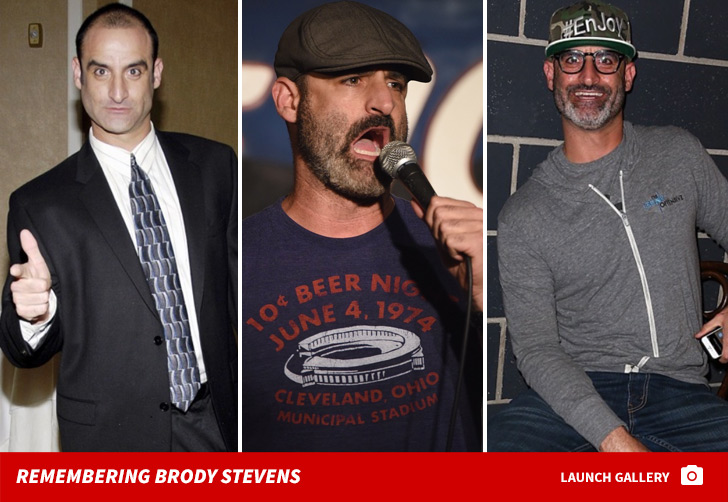