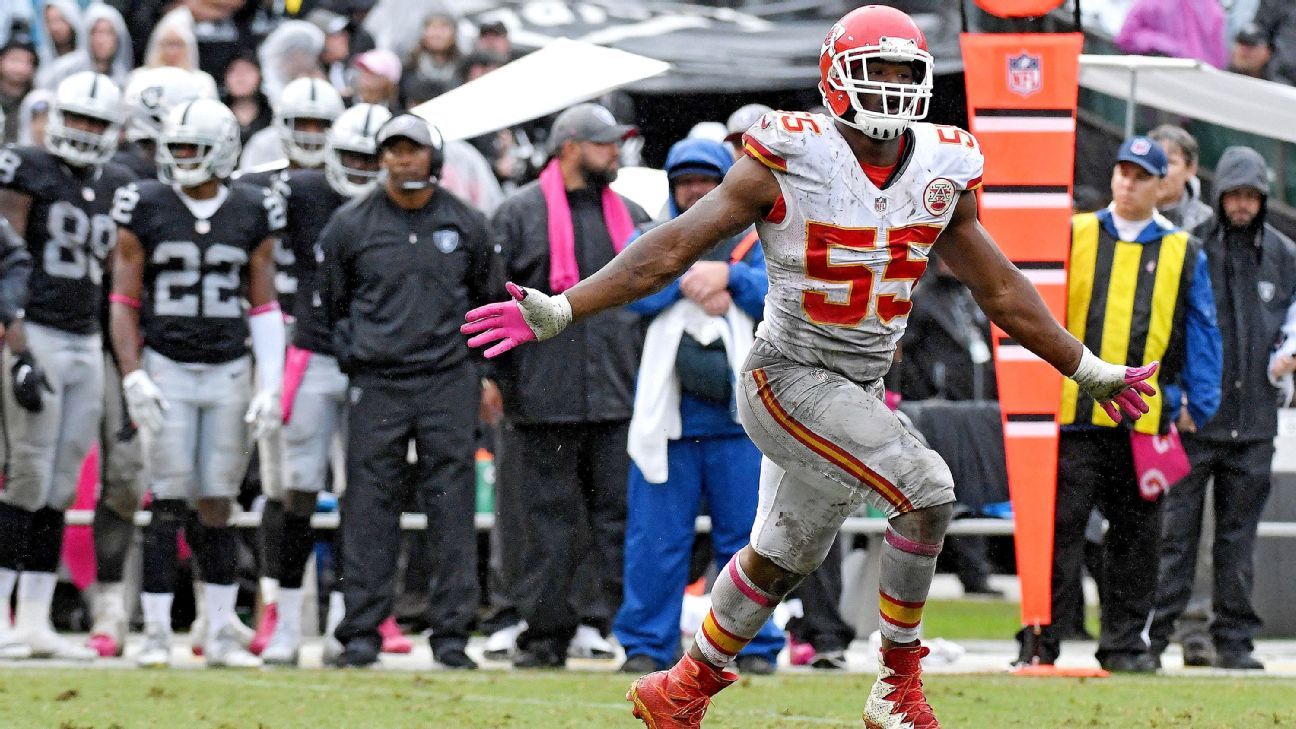 The Niners are expected to give Ford a multiyear deal in the range of five years, $87.5 million, the source said.

What you need to know about the San Francisco 49ers:

The Chiefs had placed the franchise tag on Ford last week, with the intention of trying to trade him, according to ESPN’s Adam Schefter.

Kansas City has hired Steve Spagnuolo as defensive coordinator and is changing its base defensive system from a 3-4 to a 4-3, which would have necessitated a position change for Ford and Justin Houston, who was released.

Last season, Ford, who will turn 28 on March 19, finally became the player the Chiefs envisioned when they drafted him from Auburn in the first round in 2014. He started all 16 games for the first time in his career and had a career-high 13 sacks. He was also selected to play in the Pro Bowl for the first time.

What you need to know about the Kansas City Chiefs:

Ford ended his best season with his least productive game. He had no sacks or tackles in the Chiefs’ AFC Championship Game loss to the New England Patriots. He was also penalized for lining up offside on a play that resulted in an interception in the final minute of the fourth quarter.

The interception could have allowed the Chiefs, who had a four-point lead at the time, to run out the clock. Instead, the Patriots continued their drive to a go-ahead touchdown and eventually won in overtime.