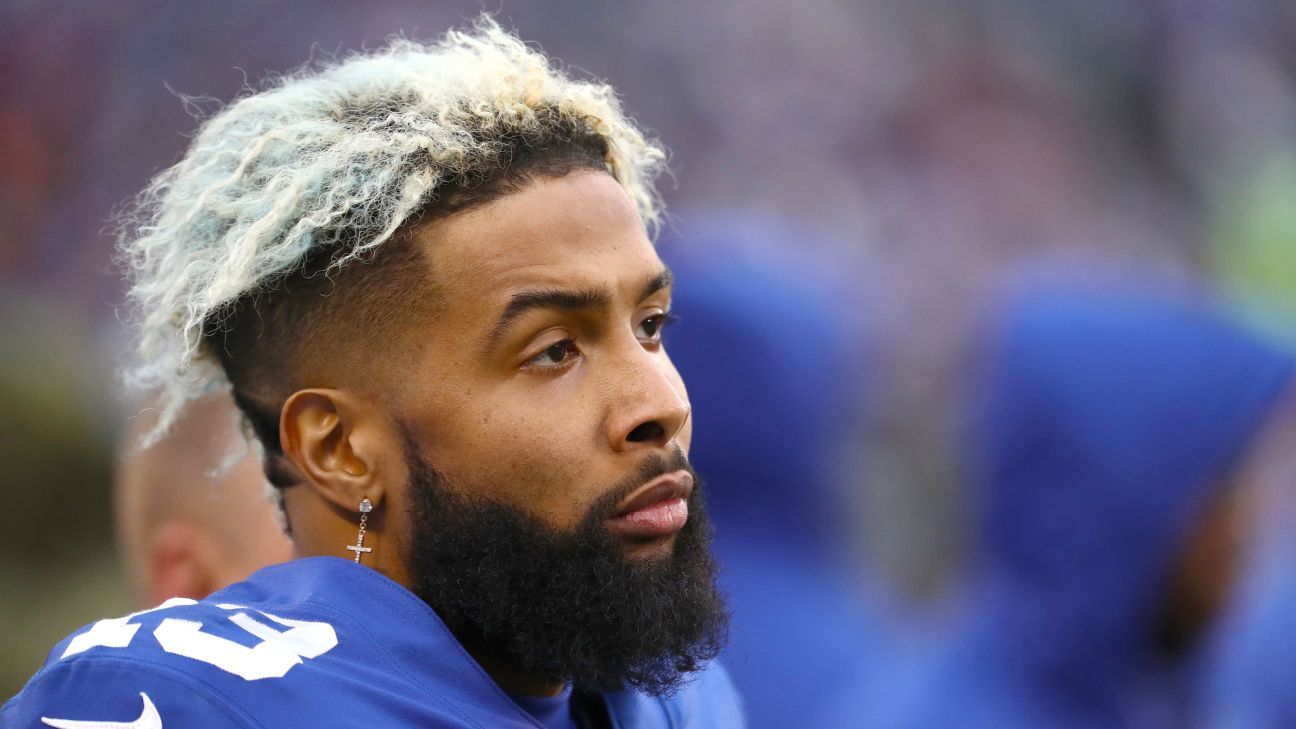 The Giants have agreed to trade Odell Beckham Jr. to the Cleveland Browns, a source confirmed to ESPN’s Adam Schefter, in a blockbuster deal that sends the star receiver out of New York less than a year after he signed a massive contract with the team.

The Giants will receive the Browns’ first-round pick in 2019 (No. 17 overall), their second third-round pick this year (95th overall) and safety Jabrill Peppers for Beckham, the source said.

Beckham added to Anderson that current Browns receiver and former LSU teammate Jarvis Landry had called him and said that Cleveland general manager John Dorsey and first-year coach Freddie Kitchens wanted him badly. Beckham then said Giants GM Dave Gettleman called him and said, “I am trading you to the Browns.”

Beckham, 26, signed a five-year megadeal with the Giants worth up to $98.5 million last August. It made him the highest-paid receiver in the NFL at the time and seemed to cement his place on the Giants’ roster.

But after another disastrous season in which the Giants flopped at 5-11 and Beckham had several incidents that angered the team’s brass, the Giants decided to move him after paying out $21.5 million for 12 games. The deal also adds another $16 million in dead money to their running total.

The Giants weren’t shopping Beckham this offseason. But they were willing to listen to offers, and there were teams that were interested in his services. Among them were the Browns and San Francisco 49ers, according to sources.

However, Gettleman hadn’t indicated publicly that the Giants were interested in a deal, saying at his end-of-year news conference and again at the NFL scouting combine last month: “We didn’t sign Odell to trade him. OK?”

What you need to know about the Cleveland Browns:

That changed Tuesday, though, as Dorsey came up with a package the Giants simply couldn’t resist.

Beckham will join Landry, his good friend, as arguably the top one-two receiving tandem in the league, which no doubt will delight second-year quarterback and 2018 No. 1 overall pick Baker Mayfield. Mayfield and Beckham are already tight; they spent part of last summer working out in California with Landry, who has been campaigning since he arrived in Cleveland for his former college teammate to join him.

When news of the agreement broke, Mayfield posted a photo on Twitter of him shaking hands with Beckham. “Movement” was the caption.

Beckham and Landry recorded 288 receptions apiece in their first three NFL seasons. Only Michael Thomas of the New Orleans Saints recorded more (321). Beckham has been explosive throughout his NFL career, with his 12 touchdown catches with at least 20 yards after the catch the most in the league since 2014. Landry has been more of a short-to-intermediate-route receiver, with a career average target depth of 7.2 yards, which ranks 87th out of 92 wide receivers with at least 200 targets in that span (since 2014).

What you need to know about the New York Giants:

They’ll lead an emerging offense that includes running back Nick Chubb, who last season had the most rushing yards all-time by a Browns rookie (996), and David Njoku, who in 2018 finished in the top 10 among tight ends in receptions (56) and receiving yards (639).

Cleveland has been busy this offseason. It signed troubled running back Kareem Hunt to a one-year deal (he’s currently on the commissioner’s exempt list), and also brought in linebacker Olivier Vernon via another trade with the Giants, and defensive tackle Sheldon Richardson.

New York appears to be in rebuilding mode, trading Vernon, not putting a franchise tag on safety Landon Collins (who will sign with the Washington Redskins) and now dealing its top playmaker.

The Giants now have three of the top 37 draft picks in April, and 12 overall. Peppers, who is from New Jersey, will help fill the void left by Collins’ departure. A first-round pick in 2017, he struggled as a rookie but bounced back and played well last season.

News of the Beckham deal, which was first reported by NFL Network, had an immediate impact in Las Vegas. Cleveland’s odds to win the Super Bowl went from 25-1 to 14-1 at Westgate Las Vegas SuperBook. Its odds to win the AFC went from 12-1 to 7-1, behind only Kansas City and New England (3-1).

“Absolutely,” Browns pass-rusher Myles Garrett told NFL Network when asked if the Browns are now the team to beat in the AFC North. “I think the tide has turned and we can’t wait to get out there and prove it.”

Information from ESPN’s Jordan Raanan and The Associated Press was used in this report.