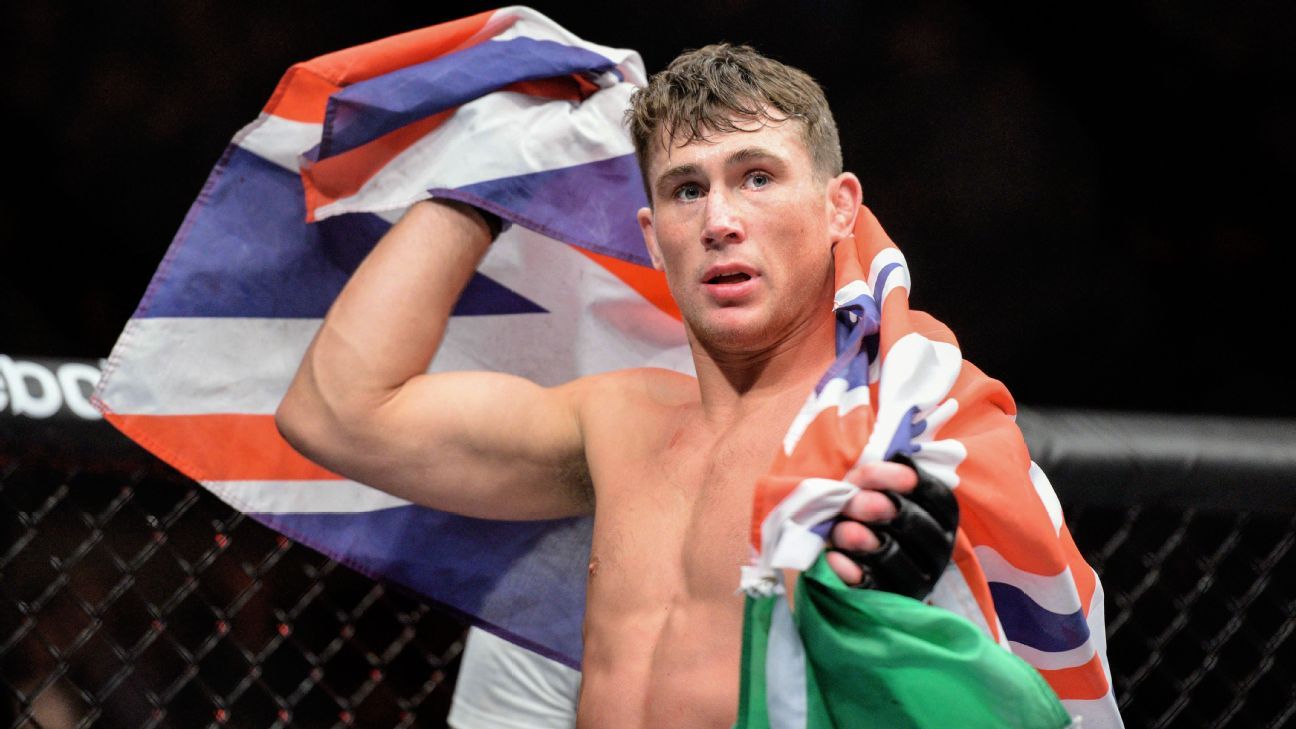 Mixed Martial Arts in the United Kingdom is enjoying a golden era right now both on the regional scene as well as on the international stage.

There are more events taking place in the U.K. than ever before, there is a treasure trove of talent emerging including some well-established household names, and if you just look at the slate of broadcast partners who have purchased the rights to showcase the sport to the masses, the future is bright.

It wasn’t always like this, however. It’s taken years of work from fighters, coaches, gyms, executives at promotions, the media and of course the passionate fanbase, who I consider the most hardcore and committed of any sport in the world. The entire MMA community has played its part to get the state of MMA in the U.K. to where it is now — an accepted combat sport by the masses with the majority of folks having moved on from viewing MMA as merely a blood sport, the equivalent of human cockfighting.

The list can go on and on, but these are just a few fighters that carried the heavy water and represented the union jack proudly as they made their way up through regional shows and then eventually onto the international stage.

Bisping was the first ever British UFC champion and while that was a landmark moment for fighters in the U.K., his contribution in helping raise awareness and grow the sport on these shores went far beyond his accomplishments inside the Octagon. Over the years, he headlined countless shows, spoke to a plethora of media, educating anybody who was willing to listen about the sweet science of MMA and why it shouldn’t be considered as barbaric as many thought it was.

While he was preaching the MMA gospel, he was also our first real star. He moved the needle, he got fans around the world excited and hyped up to watch one of his fights. He was and still is the benchmark of how to get over in the world of sports entertainment. Winning the UFC championship belt was just the icing on the cake for the guaranteed future hall of famer.

Today, if you look at the landscape, the talent pool is extraordinary. One look at the upcoming UFC London card on Saturday at the O2 Arena and it’s clear that the level of British fighters has risen. Nathaniel Wood, Tom Breese, Leon Edwards and of course Darren Till, who headlines the event. Fighters from the midlands, Liverpool and the nation’s capital respectively — that’s strength in depth.

With Bisping now retired, Till is the man who is leading the pack and while it may have not gone his way on his first attempt at UFC gold last year, when he lost his welterweight title fight to Tyron Woodley, he got the rub and there’s a reason he’s headlining at the O2 this wekend. Still only 26 years of age, he’ll be around for a while yet and could very well be the second UFC champion from England.

There was a time that to get the best training, the best coaching, the best training partners and the best facilities, British fighters would travel Stateside and carry out their camps in the U.S., but in the case of Bisping, he moved out to California permanently. Hardy spent a fair portion of his career training in Las Vegas.

Even as recently as a few years ago, Tom Breese spent time training in Montreal at the world-famous Tri-Star gym, home to recently retired Georges Saint-Pierre. That has now completely changed. With the likes of London Shootfighters, Team Renegade in Birmingham, Next Generation MMA and Team Kaobon in Liverpool just to name a few, fighters don’t need to travel far to get world class training.

Why is this important? There’s a knock-on effect not only for young prospects coming up — to see that everything they need is on their door step — but the local media also has access to the athletes which helps raise their profiles locally, establishing a strong fanbase before stepping on to the international stage.

I remember a time when I would have to wait for the UFC to come back to England every year and in between I’d maybe check out a local show in London every now and then.

Want to check out an MMA event somewhere in the U.K. in 2019? Chances are there’s probably one local to you coming up in a matter of weeks.

There is an abundance of regional shows taking place up and down the country. This is extremely valuable for young fighters to get their reps in and build their records. Again, this wasn’t always the case but if you take into consideration the number of shows Cage Warriors will put on in 2019, the brand new European Fight Night Series Bellator MMA recently launched (with the lion’s share taking place in the U.K. and Ireland), not to mention the upcoming UFC event in London, as a consumer you are spoiled for choice.

This market has become so important for the UFC that, outside of the now-customary annual event in London, in recent years the promotion have added an extra event in Manchester (in 2016) and in Liverpool last year, which was used to propel Till to superstardom.

Throw in the likes of Rise of Champions, Sparta Fight Series, Battle Arena and others and there’s easily two to three shows taking place in the U.K. every single month of the year.

Over the course of the 25+ years of the UFC, U.K. MMA fans have gone from watching events on VHS tapes to finding a tape delayed version available on some obscure network to now enjoying the most stable broadcast tenure ever.

Since May of 2013, BT Sport has been the home of the UFC and they just recently struck a new multi-year deal, that also carries additional (and very welcome) programming. Meanwhile, a deal with Channel 5 and Sky Sports will see all Bellator events worldwide airing live in the U.K., with a number of local events airing in prime time.

In addition, the BBC just announced a broadcast deal to have John Gooden and Dan Hardy provide commentary on BBC Radio 5 Live and BBC Sport online for four UFC events this year.

I said the U.K. fans are some of the of the most dedicated in the world and they have to be. With UFC numbered pay-per-views, the bulk of UFC fight night cards and now Bellator’s slate of events Stateside also in the mix, it means a British MMA fan is staying up until the early hours on a Saturday and Sunday morning to watch the sport live.

The recent ESPN broadcast deal with the UFC in the U.S. has brought a welcome change to start times; for a fight fan in the U.K., a main card starting at 1am instead of 3am makes the world of difference.

The fans have been rewarded for their commitment. The state of MMA in the U.K. has never been healthier.