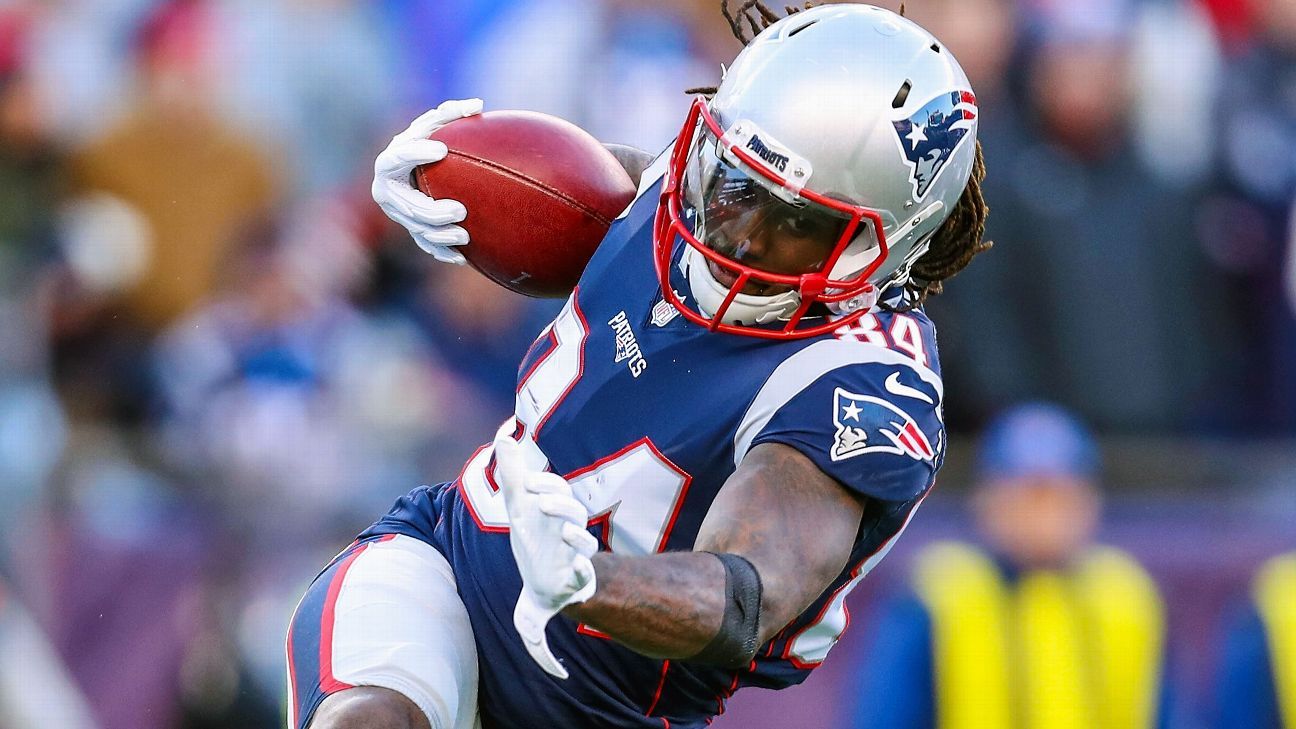 The Patriots had acquired Patterson and a 2018 sixth-round pick from the Oakland Raiders in exchange for a 2018 fifth-round pick in March 2018. The deal was sparked, in part, by Patterson’s $3 million base salary and $250,000 workout bonus, which the Raiders deemed too high for a player whose primary contributions came as a kickoff returner.

But the salary was deemed tenable by Patriots coach Bill Belichick, who places a high priority on special teams.

As it turned out, Patterson helped the Patriots in multiple spots over the course of the 2018 season as a “slash”-type option. At one point, he took handoffs as a traditional running back when the team had a run of injuries at the position.

In 15 regular-season games, with five starts, Patterson totaled 42 rushing attempts for 228 yards, with one touchdown. He added 21 receptions for 247 yards and three touchdowns. As for kickoff returns, he had 23 for 663 yards (28.8 avg.) and one touchdown, which came against the Bears.

The 6-foot-2, 228-pound Patterson, who turns 28 on March 17, entered the NFL as a first-round draft choice (29th overall) of the Minnesota Vikings in 2013. He spent four years in Minnesota before signing with the Raiders as a free agent before the 2017 season.