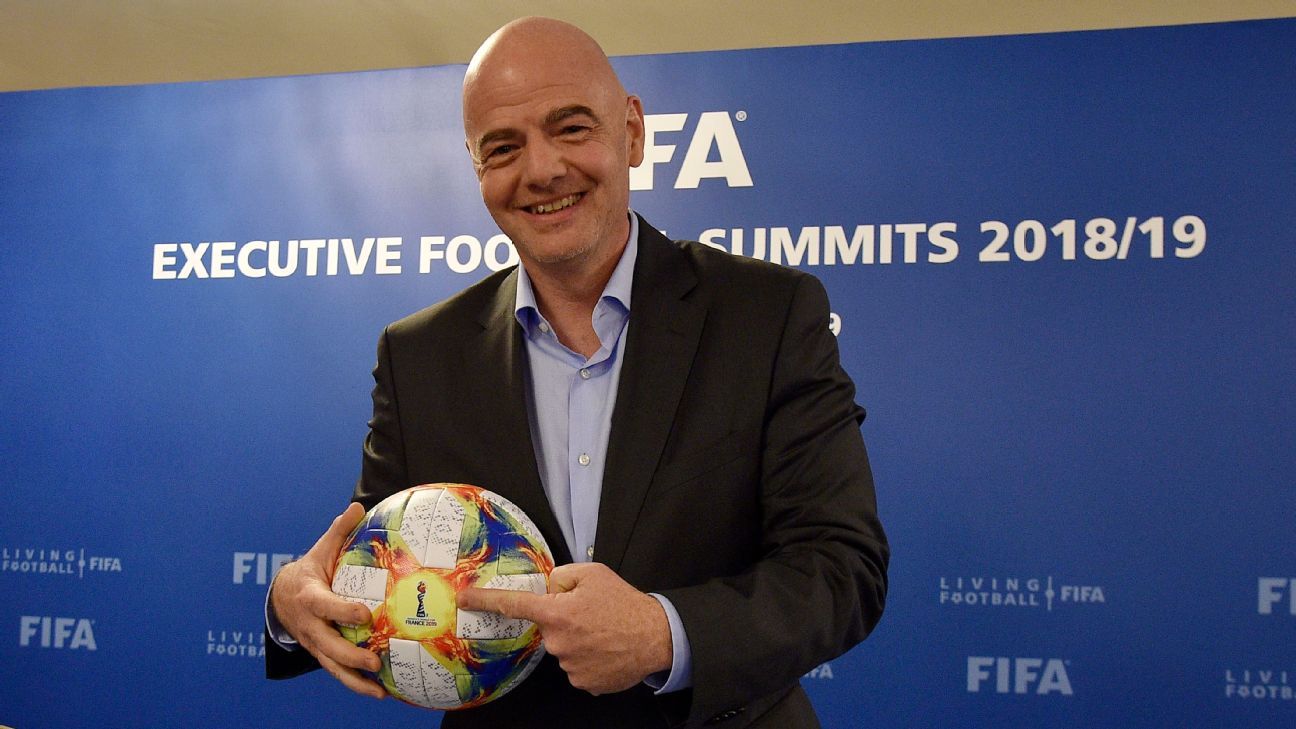 The FIFA Council is the 37-member assembly that replaced the Executive Committee following the election of Gianni Infantino as the president of the game’s governing body back in 2016. It includes representatives from each of the six confederations and is generally charged with making administrative and organizational decisions, some of which then need to be ratified by the FIFA Congress, meaning all 211 member nations.

They meet on Friday in Miami and have plenty on their plate. Three of the biggest concerns involve expanding the 2022 Qatar World Cup to 48 teams, revamping the Club World Cup into a quadrennial 24-team summer tournament and creating a “Global Nations League,” following on from the success of the European version.

Here’s a Q+A to make sense of what will happen when they convene.

Q: OK, let’s start with the World Cup in Qatar. It’s already a tiny country, what are they thinking in terms of cramming more teams and games into it?

A: Infantino says that because they already voted to expand the 2026 World Cup to 48 teams, they should look at doing the same in Qatar. Of course, 2026 will take place in Canada, the United States and Mexico, which jointly have nearly 200 times the population and more than 2000 times the area. And, in fact, FIFA’s own feasibility study says it’s logistically impossible to stage a 48-team tournament in Qatar without making it longer, something that’s has already been ruled out.

Q: So why are they even considering it?

A: Because that same feasibility study suggests that you could pull it off if you had another “two to four” venues with “one or more neighbouring countries.”

Basically, if Qatar is willing to share some of its World Cup, it can expand to 48 teams in 2022. The problem is that Qatar has rather poor relationships with a number of nearby countries, most notably Saudi Arabia, Bahrain and the United Arab Emirates. All three accuse Qatar of supporting terrorism and have imposed a blockade on the country. Among other things, they have stopped all direct flights to Qatar.

Q: Looking at a map, I don’t see too many other places where they can hold it…

A: The study cites 10 possible stadiums in the region but seven of them are in countries currently blockading Qatar, which is obviously far from ideal. Then there are two in Kuwait and one in Oman; those are possibilities, except there isn’t much time and, at the very least, they’d need to be refurbished. Either that or you persuade the Saudis and Emiratis to drop the blockade in the name of Gulf brotherhood.

Some of Infantino’s enemies say that’s his ultimate goal: to be able to sell the narrative that football leads to peace and win himself a Nobel Prize. In any case, that’s what they’ll be discussing and the expansion appears likely to be approved, either definitively or with a further green light at the FIFA Congress in Paris in early July.

Q: I’m guessing this is a slam dunk for Infantino because it gives more countries a chance to play in the World Cup?

A: Exactly. Plus, according to the feasibility study, going to 48 teams in 2022 would generate an additional $400 million for FIFA — Infantino is very big on increasing FIFA’s revenues. He makes it a point of noting that disbursements to member nations for development purposes have increased four-fold since he’s been in charge. It has been a mantra of his and he’s sticking with it even though he’s running unopposed for re-election.

That said, it’s not entirely a slam dunk. The expansion could be challenged by some countries and be used as a bargaining chip if Infantino doesn’t get his way with the Club World Cup…

A: Basically, he wants to replace the Confederations Cup with an expanded 24-team Club World Cup, to be held every four years, possibly as early as 2021. He thinks this would be a huge money-spinner. It would be held in June, with a single host nation and while the make-up of the invited teams is to be determined, you’d imagine at least six or eight will come from Europe and include the usual global heavyweights: Real Madrid, Bayern, Barcelona, Juventus, Manchester United and so on.

A: For a start, there’s the fact that he rubbed UEFA and other confederations the wrong way when he first raised the proposal a year ago. Back then, he said he had a $25 billion offer over 12 years from unspecified investors — which we later found out included the Saudi Sovereign Wealth Fund, i.e. the Saudi government — to stage a quadriennial Club World Cup and biennial eight-team tournament for national teams, who would qualify via their confederations’ respective Nations Leagues. And he said he needed approval within 60 days.

UEFA and others rejected this, feeling they were being strong-armed, particularly because he was offering so little information. Infantino’s adversaries even went so far as to accuse him of “selling football,” while his backers accused UEFA of kow-towing to rich European clubs who wanted to keep the summer for themselves so they could play in lucrative friendly tournaments, as well as protect the primacy of the Champions League.

Things got so bad that at the last council meeting, UEFA representatives threatened to walk out. Not only that, but there was talk of them staging their own version of a summer Club World Cup, possibly with South American clubs and possibly with the help of Relevent Sports, who organise the ICC.

Q: What has changed since then?

A: They’ve been working behind the scenes to hammer out some sort of deal. Infantino has the votes on the Council to force through a Club World Cup, but he knows it’s better to get UEFA on board, because without their support the leading clubs might even boycott his tournament. And that would make it close to worthless.

It should also be said that the original $25 billion offer is no longer on the table, at least not in its original form.

A: Despite the success of the Nations League format in Europe, it hasn’t really taken off elsewhere. CONCACAF have launched their version but other confederations have not yet done so and it’s hard to see how they can make it work in the short-term.

Most likely, this part of the idea gets kicked down the road, but they’ll still want to talk about the Club World Cup and in a recent interview, Reinhard Grindel — head of the German FA and an influential FIFA Council member from UEFA — said he thinks it will go ahead “if not for 2021, then certainly for 2025.” He added that if FIFA don’t do it, “somebody else will.” That’s a pretty clear suggestion that UEFA are ready to back the proposal… but only if their terms are favorable. And that means you can expect some horse-trading and, potentially, a delay on the final decision — not just for this, but for the 48-team World Cup, until the FIFA Congress in June.

Q: But that’s when all this gets resolved, yes?

A: One way or another, yes, at least with regard to 48 teams in 2022. Infantino himself said that qualifying starts shortly thereafter, so they have to have a decision in place. There are other things bound to come up that could have a major impact on the game, but I’m not sure they will resolved in Miami.

A: The single biggest is the International Match Calendar. It stipulates when the international dates are and when club football is played. The current calendar expires in 2024 and, as ever, there will be a feisty negotiation between clubs and federations. There has been talk of having fewer international breaks but having them last longer so the number of matches would be the same, but there would be less interruptions. And some want to see domestic football played midweek, with weekends left open for competitions like the Champions League.

There is also a raft of changes to how transfers are conducted, particularly the regulation of agents and limits on squad sizes, loans and the window. All of this will come into play, though most of it is unlikely to be resolved in Miami.