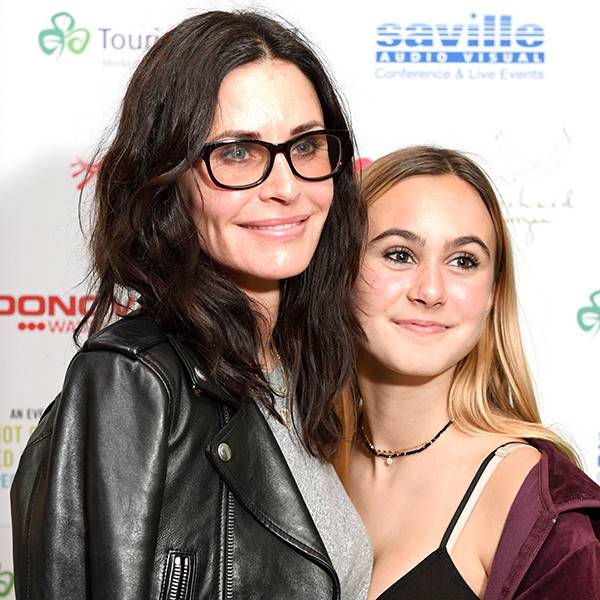 Not only is Coco Arquette the spitting image of her famous mom, Courteney Cox, but she clearly shares her love of music, too! The Friends alum took to her Instagram to share a video of her and ex-husband David Arquette‘s 14-year-old daughter singing on stage alongside Snow Patrol frontman, Gary Lightbody.

The two performed one of the band’s hits, “Chasing Cars,” at a charity event to raise money and awareness for pediatric cancer research. Cox’s boyfriend, Johnny McDaid, plays guitar and piano in the band, so the music scene is definitely not an unfamiliar one to Cox or her daughter.

The actress shared a sweet message with the small clip of the duet on her Instagram on Monday night after the Chords 2 Cure event. “I have overwhelming gratitude towards @garysnowpatrol for sharing his time to perform at @chords2cure,” she wrote. “I just love watching Coco and Gary sing together.”

Let’s not forget about that time the star appeared in Bruce Springsteen‘s 1984 “Dancing In The Dark” music video. Fans probably can recall Springsteen pulling Cox up on stage and her showing off some of her dance moves with the musician.

You can check out Cox’s cameo above.