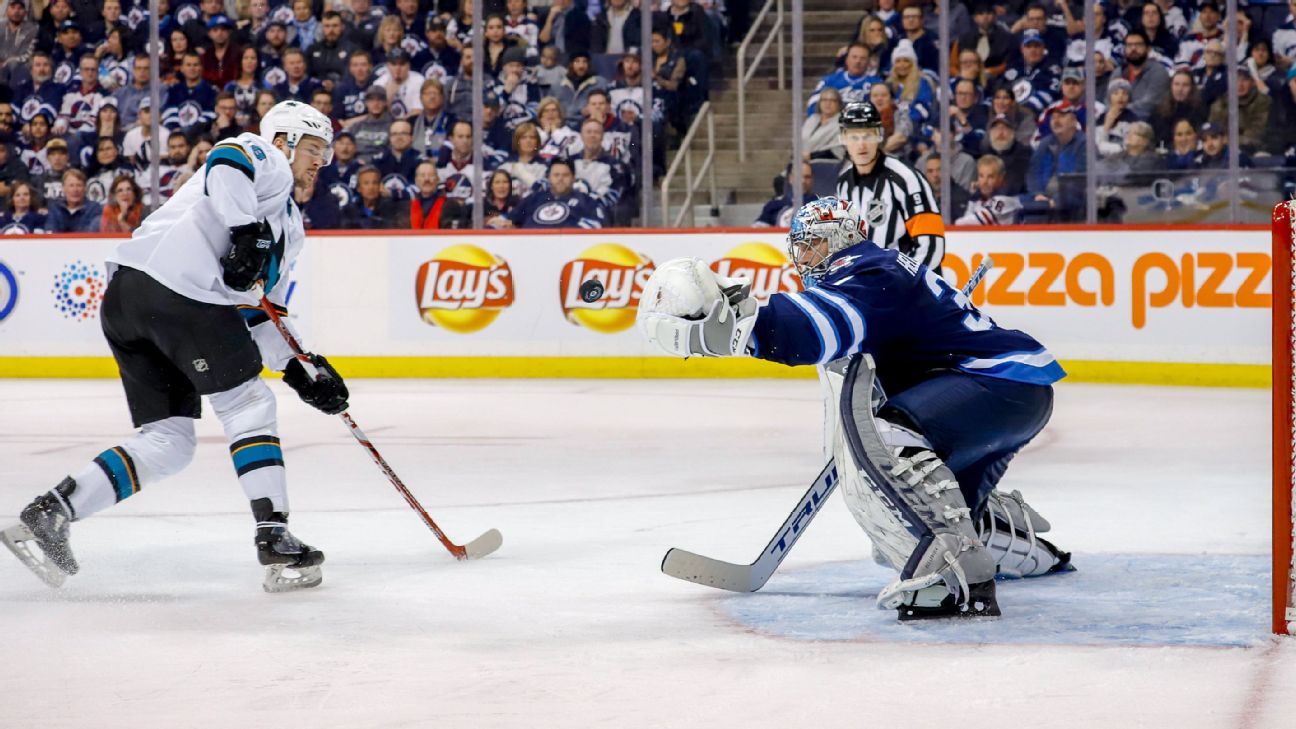 With the races for the 2019 Stanley Cup playoffs hitting the home stretch, we identify the teams we’d like to see square off in the Eastern Conference final and the Western Conference final. (Spoiler alert: Multiple writers would be into a Sharks-Jets matchup, of which we’ll get a preview on Tuesday, streaming on ESPN+).

What is the ideal final four in the Stanley Cup playoffs?

The Lightning are the juggernaut that the NHL needs, but their journey to the Stanley Cup Final should be as difficult as possible. So after dispatching either the second or third best team in the conference in the second round — thanks, absurd NHL playoff bracketing! — the next trial in their heroes’ journey needs to be the defending champion. Not only because the psychologically unburdened Capitals would be attempting to make history of their own, matching the Penguins’ back-to-back Cups and positioning themselves into something dynastic; but because they embarrassed the Lightning with back-to-back shutouts to end last season’s conference final. Alex Ovechkin vs. Nikita Kucherov isn’t a bad aspect to this matchup, either.

In the West, the Sharks are by far the most compelling story: a team of veterans chasing their first Cups, as well as the first for this frustrated franchise. (They’re basically the new version of “Washington Capitals West” in that regard.) Plus, they play a nasty brand of physical hockey, which would make a battle with the Predators such a fun one now that the latter team has muscled up. A series between two star-studded teams, the two best blue lines in hockey (outside of Tampa) and two home arena atmospheres that are second to none. Oh, and suspect postseason goaltending on either side that could turn this into a throwback-style goal frenzy.

What’s a dish best served in the Stanley Cup playoffs? Revenge. The Islanders versus Maple Leafs in the Eastern Conference final would be delicious for reasons I don’t need to fully rehash. The spotlight doesn’t only have to burden John Tavares, though. New York coach Barry Trotz, after knocking off his former team (the Caps) in the previous round, can prove he’s worth the money Washington didn’t want to pay him by winning a second-straight title. Isles GM Lou Lamoriello can get the last laugh on the Maple Leafs after they gently pushed him aside for a younger hockey mind, in Kyle Dubas. Toronto, one of the league’s most dynamic offenses, would be tested against the regular season’s stingiest defense. And of course, it would be Auston Matthews‘ coming out party to a national American audience.

In the West, the Jets can extract revenge on the team that ousted them last season; in the 2018 conference final, Winnipeg — thanks to the playoff format that pitted them in a second-round slugfest against the Nashville Predators — looked gassed. Winnipeg and Toronto would be looking to snap Canada’s 25-year Stanley Cup drought, while Vegas and New York are American teams arriving ahead of schedule to spoil the party.

I don’t know if you could ask for a more star-studded Eastern Conference final than one with the Lightning and Penguins. It also provides some of that dramatic narrative with the Penguins being well-traveled and highly decorated in recent postseasons, with the Lightning still trying to get over the hump. The on-paper matchup is still pretty lopsided in favor of the Bolts, but I think this kind of series would generate a ton of eyeballs and it would allow a greater national audience a chance to experience the thrill ride that is Tampa Bay Lightning hockey right now.

On the other side, I think a Vegas-Nashville series would be fun due to the energy of the fan bases, the quality of the teams and the impressive building jobs both general managers have done with these teams. The Golden Knights went all-in on both the offseason and deadline trade markets, while the Predators have been nibbling around the edges thanks to a deep roster. I think the visuals of both series would be entertaining, the hockey would be very fast-paced and fierce, and who would complain about traveling back and forth between Nashville and Vegas?

You almost can’t go wrong with any permutation of the top handful of teams out West. Just for the sake of being different and not completely regurgitating what my coworkers have already covered above, I’ll go with Winnipeg and San Jose as my West final. The allure of that matchup is rather obvious. Both teams have a ton of offensive firepower, currently ranked as the second and sixth highest scoring groups, respectively. There will be plenty of goals involved, which will help draw in larger audiences. While those extra eyeballs are there, they’ll get to see hockey being played at its absolute peak form. When they’re humming, both the Sharks and Jets play at an incredibly high pace, which is even more impressive considering that neither concedes anything in the size department to do so. They can each beat you with their speed and skill in the blink of an eye, but they can also progressively wear you down with their functional physicality in the high-traffic areas. Regardless of what your personal interests may be, they’ve both got something to indulge any hockey fan.

Catch more than 180 NHL games streaming live this season on ESPN+. Click here for the upcoming schedule and to learn how to subscribe.

Out East, it feels like it’s all about setting up Tampa Bay’s long-belated coronation this postseason. The predictability of it is slightly concerning, because playoff hockey constantly reminds us about how cruel and random it can be, but the Lightning have been so much better than everyone else that they should be able to overcome that curse through sheer talent alone. If we’re trying to line up the most satisfying road map for them to follow en route to slaying their demons and finally getting over that hump, then you can take your pick between the Penguins and Capitals as their conference final opposition. I’ll go with Washington just because of the most recent history between the two. The fact that they’re also attempting to defend their title adds an extra layer of intrigue to the equation. All across the board, the two teams present intriguing matchups for each other, and I certainly wouldn’t mind seeing them go at it again for seven games.

The Lightning should run away with the Presidents’ Trophy, and could capture the Hart Trophy through leading scorer Nikita Kucherov (among other hardware for various players). Thanks to the playoff structure, their second-round matchup will be a challenge, against Toronto or Boston. As for the Blue Jackets, who have been sputtering since the trade deadline, I want to see a team be rewarded for going all-in with this group of Sergei Bobrovsky, Artemi Panarin and Matt Duchene. The NHL needs at least one Cinderella per year, right?

In the west, San Jose is my “let’s root for the vet who hasn’t won it yet” team, with Joe Thornton, Joe Pavelski, Brent Burns and others all in that role. For the Jets, Patrik Laine has nine points in his last nine games after an extended slump, and the addition of Kevin Hayes has elevated the second line with Kyle Connor and Nikolaj Ehlers. Home-ice advantage is critical, as the Jets have an NHL-best 31.0 percent power play at home while the Sharks are a West-leading 23-5-5 at the Shark Tank.