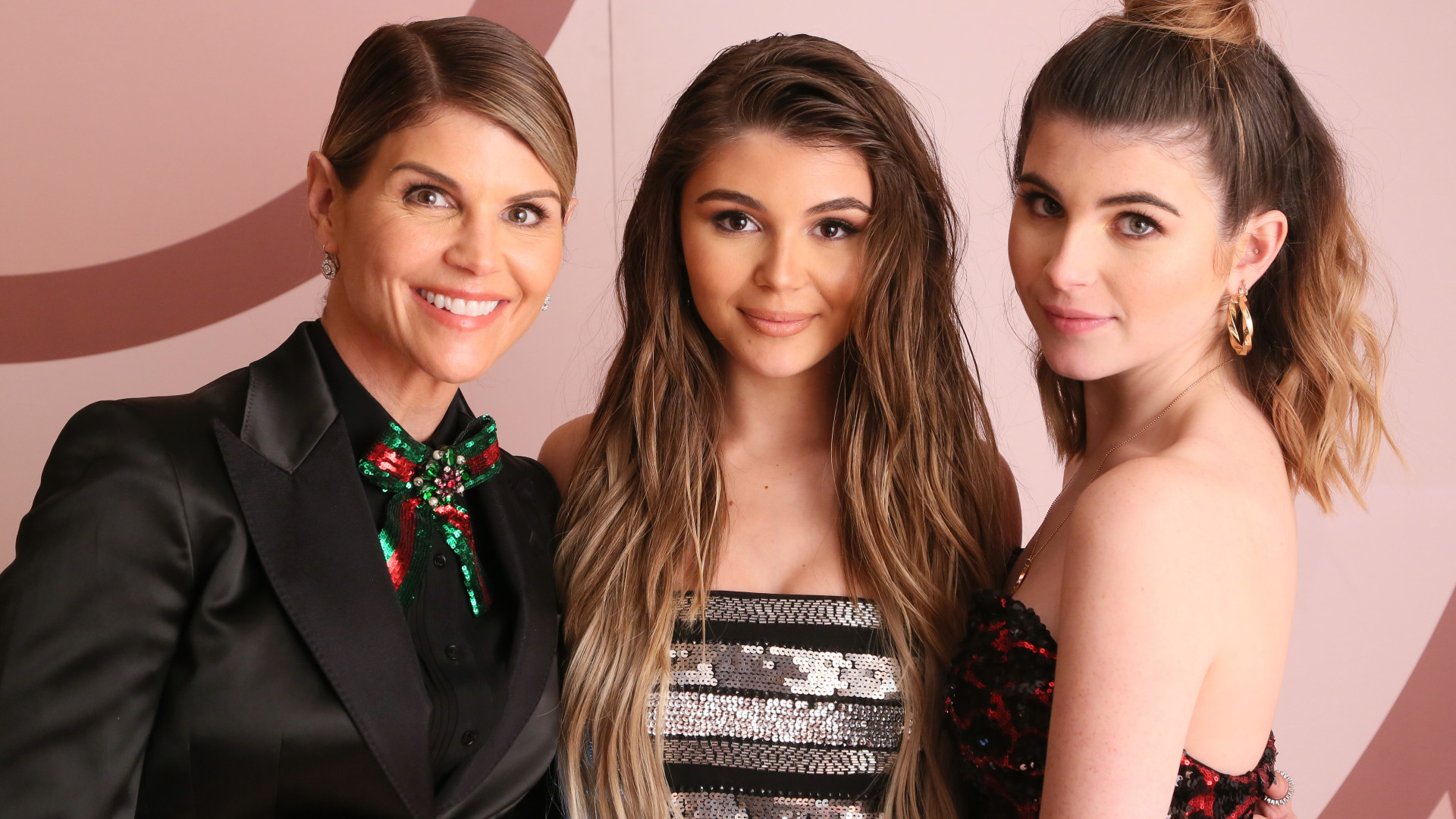 The recent conclusion of one marquee college athletics trial resulted in former Adidas executive James Gatto, former Adidas consultant Merl Code, and business manager Christian Dawkins being sentenced to prison for their roles in what has been dubbed the “NCAA recruiting scandal.” Their crime? Well, the trio were said to have played a role in the “corrupting” of college athletics — men’s basketball, in particular — because they had a hand in funneling some of the billions of dollars generated by the sport into the pockets of the athletes.

Days later, however, there is now a fresh college athletics scandal — one that has arguably revealed real corruption.

It all came to the fore on Tuesday, after the Federal Bureau of Investigation (FBI) and federal prosecutors in Boston revealed that 50 people had been charged, with 13 facing indictments, in a nationwide college admissions, cheating, and recruiting scheme.

This is a real case of “pay for play” — except the beneficiaries of this system weren’t even expected to play.

The case quickly collected headlines because of its Hollywood connections: Actresses Lori Loughlin and Felicity Huffman have both been charged in the caper to get their children admitted to college via a series of bribes and deceptions. But the meat of the scandal speaks to the way in which college athletics is used to provide admissions to undeserving, untalented, and unremarkable rich children, all in exchange for their parents essentially agreeing to launder money for the sake of making the coaches and administrators of college sports programs richer.

Some of the alleged bribes reach as high as $6 million.

The whole case revolves around William “Rick” Singer (who is referred to as CW-1 in the indictment) and The Key, his so-called college counseling business. Singer and his firm were essentially the conduit by which wealthy parents unlocked admission to elite colleges for their children by hook or by crook. Some of the services Singer would provide to parents who could pay the price included the manufacturing of standardized test scores and the creation of fake athletic profiles — the latter being essential to getting their children into school through what is referred to as the “side door.”

To that end, Singer would befriend college coaches and administrators by gaining their trust and insinuating that such criminal activity was common. Then he would bribe them, with cash outlays that sometimes went as high as seven figures, to grease the wheels for the prospective student to be admitted as part of an athletics team — the better to avoid the standard admissions process. Most of the time, it seems, the students involved did not ever report to the athletics team that had supposedly won their admittance when they arrived on campus.

It was all completely fake.

Singer’s scheme was deep and detailed in its execution. First, Singer set up a fake charity called the Key Worldwide Foundation (KWF) to funnel the bribe money to recipients, an arrangement that allowed the parents involved to claim these bribes as a tax write-off. (Singer’s KWF enjoyed tax-exempt status as well.)

Most of the time, the parents made out their checks — or, in one case, transferred their Facebook stock — to KWF, allowing Singer to seamlessly deliver these bribes either directly to the coaches and administrators in question, or to designated university accounts to which these athletics officials had access. In some instances, the proceeds were remitted directly to university department accounts, such as, in many cases, USC Women’s Athletics.

All the parents had to do was help Singer create a fake athletic profile for their children. In one case, the parent in question — Devin Sloane, the founder and CEO of a Los Angeles-based provider of drinking water — ordered water polo supplies on Amazon and consulted with a graphic designer in her attempt to properly fake a photo of his son playing water polo.

Sloane’s first attempt at this bit of fakery was a flop because she used an image of her son standing in water as the base image, which made it seem as if he was leaping much higher out of the water than even the most elite water polo players could manage.

A believable photo was a must-have, however, because the fake resume they created for Sloane’s son claimed that he was a “Perimeter Player” who competed on the “Italian Junior National Team” as well as the “L.A. Water Polo” team.

Sloane was directed to send $50,000 directly to the University of Southern California’s Women’s Athletics department, in the care of Donna Heinel, as well as another $200,000 to Singer’s fake foundation.

Singer laughed about this photography gaffe in his conversations with others, including Bill McGlashan, a Silicon Valley investor. Singer had advised McGlashan in a similar swindle, in which McGlashan’s son was meant to be a football kicker. To their minds, it seemed easy enough to make his son, who lacked an athletic background, appear to be a credible punter or placekicker.

“Pretty funny. The way the world works these days is unbelievable,” McGlashan quipped.

John Wilson, the owner of a private equity company and vineyard, allegedly bribed the USC water polo coach to get his son on that team as well. He approached officials at Harvard and Stanford in a similar effort to get his two daughters recruited as “athletes” at those schools.

Singer worked out a deal with Vandemoer, the Stanford sailing coach, for one of Wilson’s daughters — but in so doing, had to make sure Wilson knew that it would take more than $160,000 to secure his daughter’s spot because Stanford was “not TJ Maxx or Marshall’s or something like that.”

And these students weren’t just hidden as recruits among large athletics teams. In one case, a faked profile was set up to help a student obtain admittance to USC as a women’s basketball player.

In another instance, the daughter of one of Singer’s clients was transformed into a Georgetown University tennis recruit. That particular plan nearly went awry when the would-be student’s initial application essay made no mention of tennis. Singer made a hasty edit so that it read: “Being a part of Georgetown women’s tennis team has always been a dream of mine. For years I have spent three – four hours a day grinding out on and off court workouts.”

That particular prospect’s resume needed to be fluffed as well, and Singer left nothing to chance. He bestowed a “Top 50 ranking” in United States Tennis Association Junior Girls Tennis on the student — a ranking that a quick Google search would have proved was a complete fabrication.

Of course, the fact that KMF had, between September 11, 2015 and November 30, 2016, funneled $950,000 to the coach in question — the aforementioned Gordie Ernst — probably explains why that Google search never happened.

Then, of course, we have Mossimo Giannulli and his wife, Lori Loughlin, who wanted to make sure that both of their daughters got into USC — or, as Giannulli put it, “a school other than ASU!” In order to make sure this happened, Singer arranged for them to get spots on the crew team.

In a recorded conversation between Singer and one of his clients, Agustin Huneeus Jr., Singer offered insight into how the money was spent by the schools. In the case of Jovan Vavic, one of the most decorated water polo coaches in history, he used the money to subsidize the salaries of his staff members.

In other words, this entire scheme was just another way for the rich to get richer and for the privileged to obtain even more privilege, all while exploiting a flawed and infinitely corruptible college athletics system that is primarily subsidized by the unpaid labor of men’s basketball and football players — predominantly black students who put their bodies and brains on the line without earning a dime for their talents or likenesses.

These athletes are often told they are the ones who haven’t really earned their way onto college campuses and that they don’t deserve to consider themselves true members of the student body. Their worthiness is scrutinized from every angle. All of this adds insult to the injuries inflicted by men like Singer and the scheming parents who buck the system to buy unfair and unearned advantage for their kids.

Perhaps, at long last, it’s time for that focus to shift.