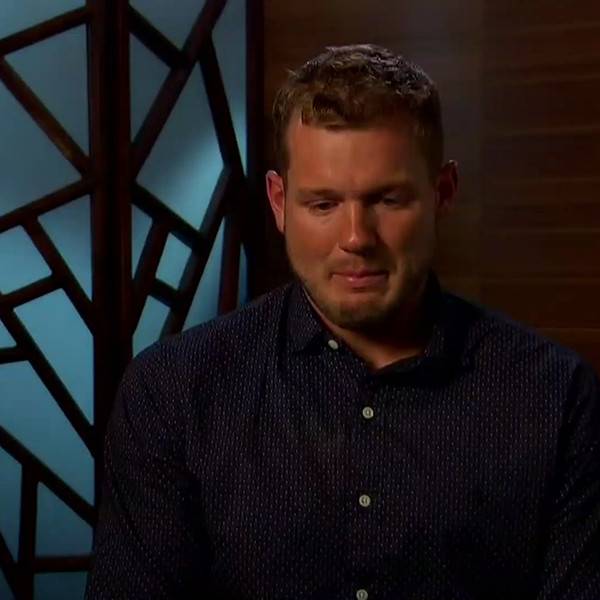 It’s official: that fence jump was the most dramatic thing that has ever happened on The Bachelor.

In truth it was more than just the fence jump. It was the fact that with two women still remaining, Colton got so mad that one of the women left that he grabbed his wallet, threw off his mic, ran out the door, hopped a fence, and got lost for long enough that the crew had to search for him in vans, and Chris Harrison was making phone calls to the United States, preparing to call the cops.

Finally, they caught up with a “dark figure” way down the road, and Chris had to plead with Colton to come back. It was fine if Colton wanted to quit, but he still had to be driven back to the hotel. So Colton got in the van, and the next thing we saw was Chris knocking on Colton’s door the next day.

“Last night was wild,” said Chris in a bit of an understatement.

Colton explained that while he was falling in love with Hannah and Tayshia, he had already fallen in love with Cassie.

But Colton apparently had his mind made up, and he had a plan. In the last moments of tonight’s episode, we saw both Colton and Cassie packing to leave. Cassie has to leave because she’s just not at the same place Colton is, and she thinks he deserves the thing he wants in life, which is not the same thing she currently wants.

Meanwhile, Colton just wants to love Cassie, and he wants Cassie to love him back, and he’s gotta stand up and fight for that love he wants. It’s romantic and problematic at the same time!

“I don’t know if I’m fighting for something that’s not possible, but I’m willing to do anything and everything, because that’s how much I love Cassie,” he says. Oh boy.

The episode ended with Colton knocking on Cassie’s hotel room door and saying “Hey.” Of course, what happens next is what we’ll have to tune in tomorrow to see, as well as the announcement of the next Bachelorette. Hopefully they pick a girl who can jump over things, because it’s going to be hard to top this season in terms of fence drama.

The Bachelor airs tomorrow night at 8 p.m. on ABC.