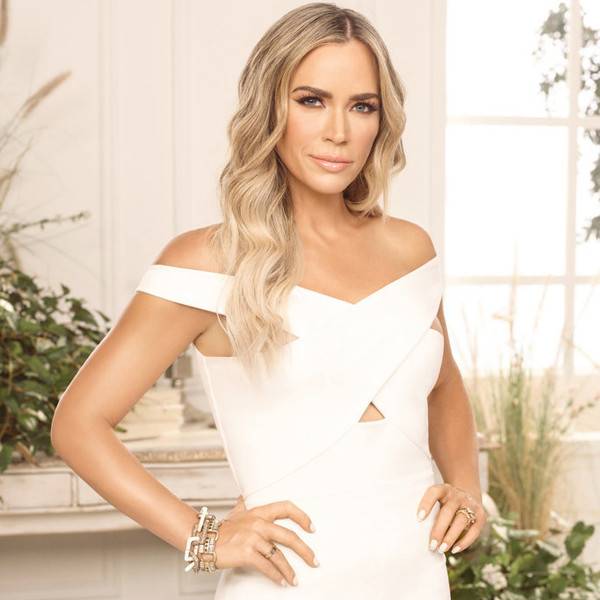 There’s no escaping The Real Housewives of Beverly Hills‘ Puppygate.

Teddi Mellencamp stopped by Daily Pop and said she has the receipts after Lisa Vanderpump and Ken Todd revealed the printed text message conversation between Teddi and John Blizzard.

“Here’s the thing, believe me I’d like to be out here right now with the scroll showing all the text messages, but I have to have everybody wait, which is terrible because of course I have receipts,” Teddi told hosts Justin Sylvester and Carissa Culiner on Daily Pop.

Teddi reiterated the fact that her hands aren’t clean in Puppygate—she engaged with Jonh Blizzard regarding Dorit Kemsley‘s returned dog—and said, “I end up apologizing for the things I’ve done wrong, but this wasn’t my idea.”

After the scene at Vanderpump Dogs, Teddi said she realized what was happening—and what the ladies have said has always happened—with LVP.

“Here’s the problem, she cares more about manipulating the audience than nurturing her friendships,” Teddi said.

As for whether this was all done for a Vanderpump Dogs spinoff, Teddi said she doesn’t care and would give LVP kudos. “As long as the truth prevails, that’s all I care about,” Teddi said.

Puppygate could just be the beginning. “I wish people knew to give it time,” Teddi said about the social media hate she’s experienced. “But also, that we’re real people…When people really come at you and say, ‘You’re a disgusting, vile human being’ or bring up your kids or any of that stuff that’s where I’m like, this is too far. You’re saying you hate the drama and it’s so petty, but truly that’s why you watch the show, to escape what’s going on in your life.”

With the headlines, the social media backlash and all that comes with Real Housewives, does she regret signing on? “It truly depends on the day,” Teddi said.