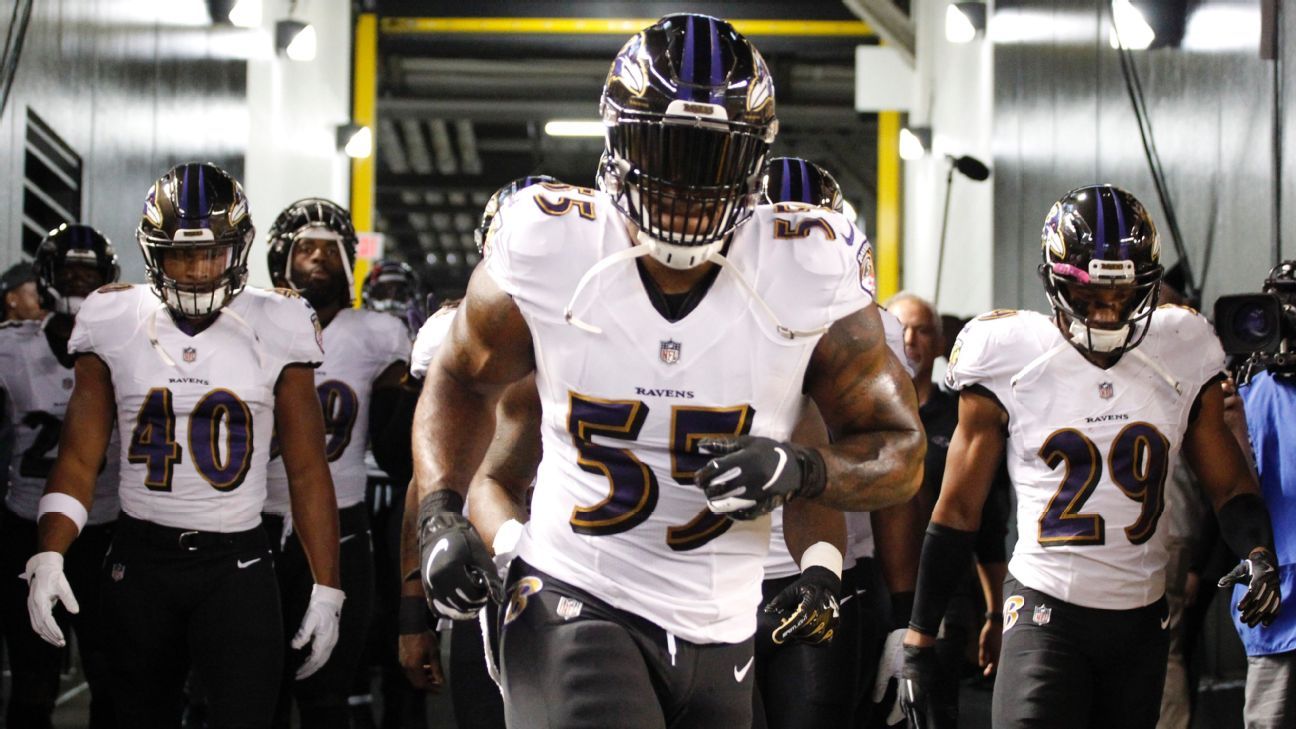 Linebacker Terrell Suggs, the longtime face of the Baltimore Ravens‘ defense, is leaving for a one-year, $7 million deal with the Arizona Cardinals, a source told ESPN’s Adam Schefter on Tuesday.

On Monday, Suggs told members of the Ravens that he was moving on, a source told ESPN’s Jamison Hensley. One of the top leaders and characters in franchise history, he had spent his entire 16-year NFL career in Baltimore.

The departure of Suggs, 36, continues what could be a major turnover for the NFL’s top-ranked defense. Safety Eric Weddle was cut and signed with the Los Angeles Rams last week, middle linebacker C.J. Mosley agreed to an $85 million deal with the New York Jets and fellow linebacker Za’Darius Smith agreed to a deal with the Green Bay Packers on Tuesday.

Throughout his career, Suggs expressed a desire to join Jonathan Ogden and Ray Lewis as players who were “Ravens for life.” Instead, Suggs will finish out his career elsewhere like Ed Reed and Haloti Ngata.

Suggs is one of the most accomplished pass-rushers in NFL history, ranking first among active players with 132.5 sacks and tying Lawrence Taylor and Leslie O’Neal for 13th all-time. Even though he’s not the same consistent force, he finished second on the NFL’s top-ranked defense in sacks with seven last season.

Known for his leadership, durability and passion, Suggs is putting together a Hall of Fame resume, being named to seven Pro Bowls and earning the NFL defensive player of the year award in 2011. He made it clear after the season that he wasn’t retiring, saying “I don’t feel that itch.”

The big question is how much does Suggs have left. His 34 total tackles were his fewest in a full season since his 2003 rookie season, and he managed 1.5 sacks in his final 10 games last season (including the playoff loss to the Chargers).

Suggs has been one of the best players in Ravens history. The 10th overall pick of the 2003 draft, he is the franchise’s all-time leader in sacks and forced fumbles (35) and ranks second in total tackles (844) and fumble recoveries (14).

This marked the first time in Suggs’ career that he entered free agency.