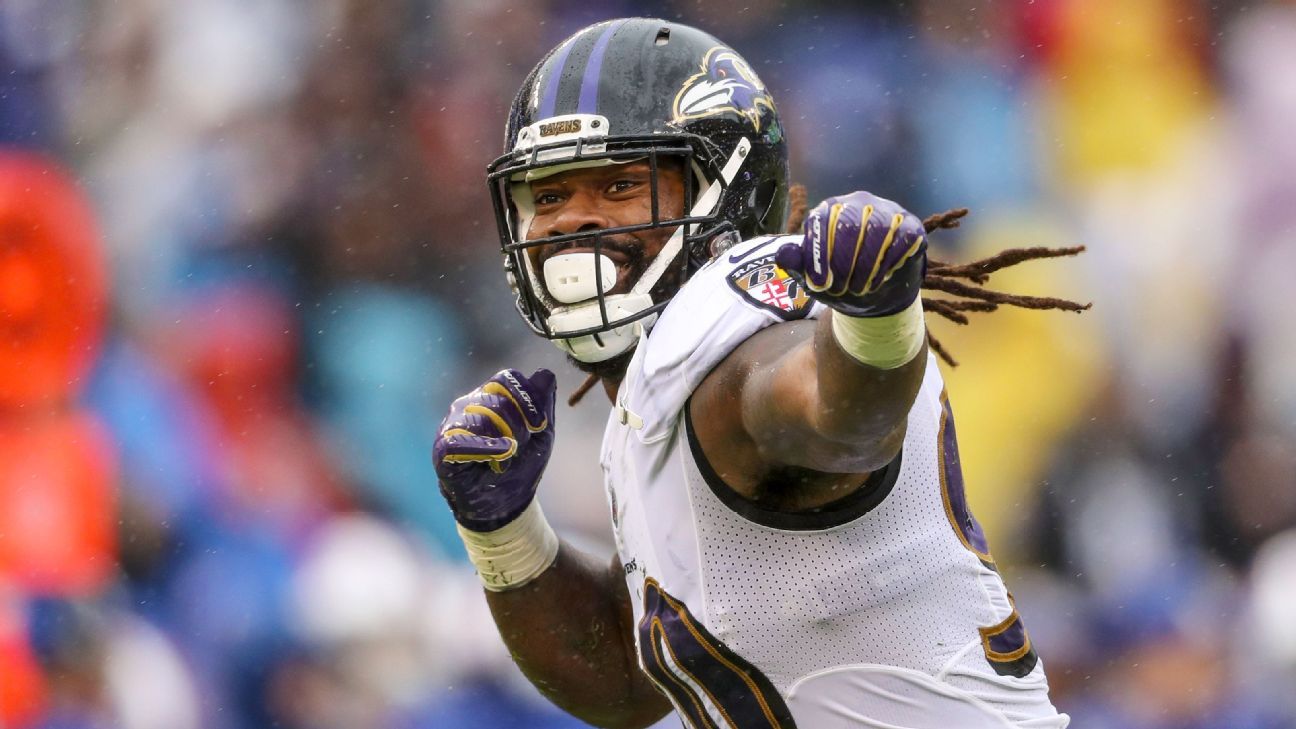 The Baltimore Ravens‘ defensive exodus continued Tuesday with linebacker Za’Darius Smith agreeing to a deal with the Green Bay Packers.

Smith will be joined in Green Bay by former Chicago Bears safety Adrian Amos, who has agreed to a deal, sources confirmed to ESPN.

NFL Network was first to report the Amos deal, while Smith told ESPN’s Josina Anderson that he is headed to the Packers.

Smith is just the latest blow to the Ravens’ defense. C.J. Mosley is expected to sign with the New York Jets, Terrell Suggs is heading to the Arizona Cardinals, and Eric Weddle is joining the Los Angeles Rams after being cut.

Smith, 26, was the sacks leader for the NFL’s No. 1 defense with a career-best 8.5 last season. His 60 quarterback pressures ranked No. 17 in the NFL, according to Pro Football Focus.

The intriguing part about Smith is his upside and efficiency. He hit the quarterback on 25 of his 485 pass-rush snaps (5.2 percent), which is more than Kansas City Chiefs pass-rusher Dee Ford (4.7 percent).

Smith produced a career-high three sacks in last season’s 21-0 shutout win at Tennessee, where the Ravens had a team-record 11. But Smith had only three sacks in his final 11 games, including a playoff loss to the Los Angeles Chargers.

Amos also had an interception in the Bears’ 16-15 playoff loss to the Philadelphia Eagles, picking off a Nick Foles pass intended for Nelson Agholor in the end zone in the second quarter.

Green Bay needed safety help. Two years ago, the Packers had a pair of veteran starting safeties, but last offseason they let Morgan Burnett leave in free agency and during last season they traded Ha Ha Clinton-Dix to the Washington Redskins for a fourth-round pick in this year’s draft. After the Clinton-Dix trade, they moved veteran cornerback Tramon Williams to safety to finish out the year. Another part-time starter, Kentrell Brice, will become a restricted free agent this week.

ESPN’s Jamison Hensley and Rob Demovsky contributed to this report.