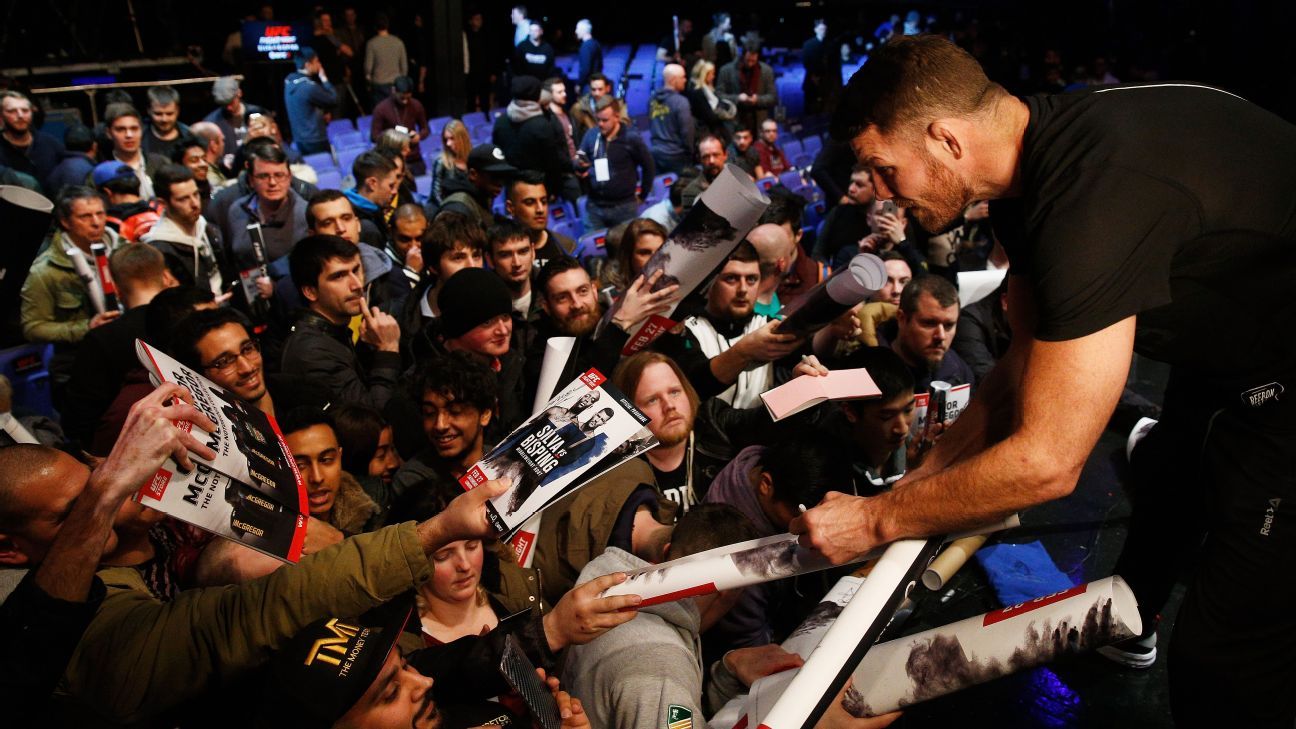 If you’re an MMA fan in the U.K., the struggle is, as they say, real. With the relentless schedule of events, you’re either a hardcore fan, tuning in week in, week out, or you may have slipped into a viewing pattern that only includes pay-per-views and, further still, perhaps only pay-per-views headlined by the biggest stars in the sport, most notably Conor McGregor and Jon Jones.

Regardless of which category you fall into, you’re in a situation where due to the majority of events taking place in North America, the time zone is not friendly to say the least. Ordinarily, the UK is five hours ahead of Eastern Time Zone for fights in the likes of New York, and eight hours ahead of Pacific Time Zone for the big Las Vegas cards. It means, if you’re watching all the way until the conclusion of the main event, a U.K. fan is not going to sleep until close to 6 a.m. on a Sunday morning.

It can lead to some unusual habits and rituals to stave off sleep. “If I’ve been out during the evening, I usually try to keep hitting the Jack Daniels and cokes and hope the caffeine and sugar keeps me awake,” says Aaron Geary, who lives in London and has been following UFC since 2005. “If I’m having a tee-total weekend I usually try and go for a walk around the block before the main card starts so I don’t get too comfortable in my chair and doze off.”

That’s nothing compared to the threat that exists from dozing off when watching with friends, or perhaps so-called friends. “The fear of waking up missing an eyebrow or something stupid drawn on my face normally keeps me awake all the way through!” adds Geary.

Shaved eyebrows or not, if the producers of The Walking Dead need any zombie extras for their show, just pick up a bunch of MMA fans from the U.K. on a Sunday. There wouldn’t be much make-up required.

So why watch live and not just record it and catch up on the action at a reasonable hour on a Sunday? Sure, some people do that, but for the vast majority of folks, in this day and age, there is a desire to watch sports live. Interacting with fans using social media has become part of the experience. Try to avoid Twitter, Instagram or Facebook before watching seven hours of MMA.

There’s also the shared virtual experience of having a watch party via Xbox or PlayStation. “If we can’t be together to watch, we actually sometimes jump on to the PlayStation and create a little party chat there while everyone is in their own home,” says Ali Raza, a UFC fan for over a decade who lives in Reading. “We sometimes stay on the chat throughout the event which actually helps with staying awake too, it’s almost like our own play-by-play commentary. The attractiveness of watching it with others makes it more exciting and definitely helps to get through the night.”

The sacrifice is worth it for U.K. fans, especially for the biggest, most memorable fights. “The one that comes to mind is watching Holly Holm knocking out Ronda Rousey in Australia,” says Harry Powell, from London. “I had slept most of the day in order to stay awake, I went to go and get the toffee popcorn — always toffee popcorn, to give you a sugar rush to stay awake.

“I had the laptop setup and sat on my chair, half asleep, but being a Holm fan, the fight was going pretty much how we expected, and when she slipped the shot and landed the head kick, the gasp/scream that came from me tipped the popcorn, the laptop, the chair into the wall and all the neighbours were woken up.”

The growth of MMA in the U.K. has seen more pubs and clubs stay open to stage screening parties, most recently for McGregor-Khabib late last year. It led to a surreal experience for Wahid Islam, a 30-year-old Muslim from East London.

“Me and my friends all had pre-fight naps and met up around 1am for the prelims,” he says. “Our local shisha bar was choc-a-block! And it isn’t usually open for UFC events.

“After the fight we had all lost our voices. We walked out of the shisha bar and walked across the street to the mosque because it was time for the dawn prayer!”

With UFC London on Saturday, there will be no such challenges. But the rituals and routines of U.K. MMA fans will be back in full swing soon enough — and you sense they wouldn’t have it any other way.