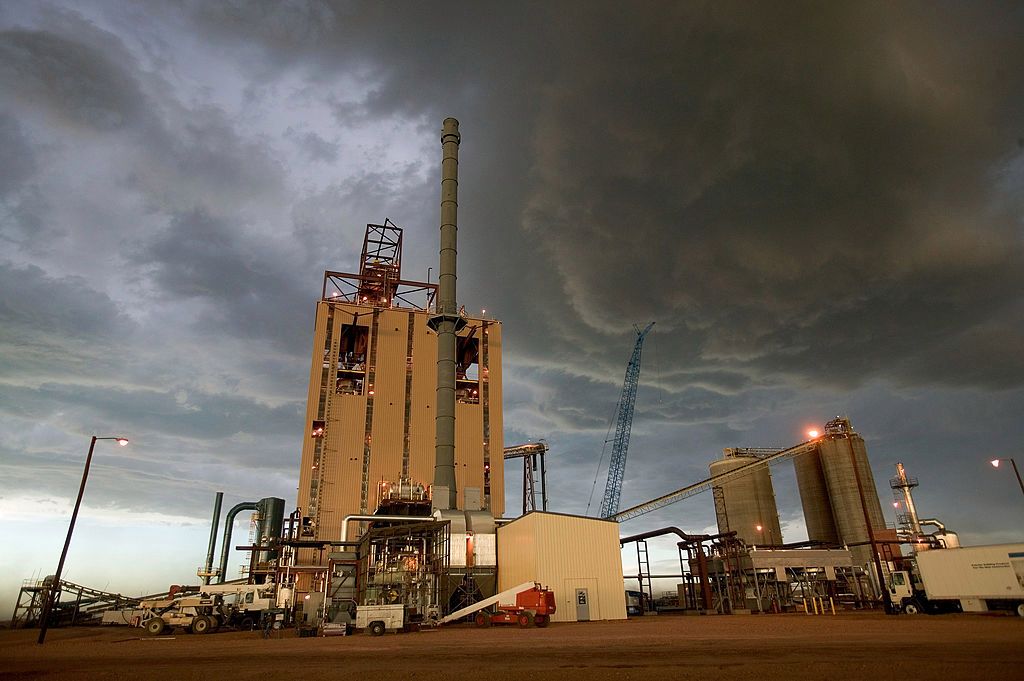 Wyoming recently enacted a law that forces utilities seeking to shut down unprofitable coal plants to try to sell them first, and then to buy back the power from the new owner, even if cheaper power is available.

Shutting down these coal plants and replacing them with cheaper sources, all of which produce cleaner power, would save ratepayers tens of millions of dollars a year. But state Republicans want to artificially prop up these plants, regardless of the economic reality, while their party leaders in Washington have been characterizing Democratic efforts to speed up clean energy deployment to save a livable climate as “socialism.”

Wyoming isn’t alone; Republican lawmakers in Montana are pursuing similar legislation. And for the past two years, as coal continues its steady decline, the Trump administration has pushed multiple efforts to force utilities to keep money-losing coal plants open.

Wyoming Republicans, who have a supermajority in the state legislature, began to consider their new bill after PacifiCorp — which owns the state’s largest utility, Rocky Mountain Power, as well as most of its coal plants and two coal mines — reported late last year that 60 percent of its coal plants are uneconomic, including ones in Wyoming.

Similarly, Montana’s legislation, as Utility Dive reported last week, would let its utility “buy a larger share of the newest unit of the Colstrip power plant for $1 and pass the costs onto its captive customers.”

The hard reality is that coal-fired power plants have simply become too expensive to operate compared to natural gas and renewable energy. Indeed, building and running new wind and solar farms is now cheaper than just running existing coal plants in many places.

That’s why, despite repeated campaign pledges to save the dirtiest of fossil fuels, President Donald Trump has presided over a faster rate of coal plant retirements in his first two years than President Barack Obama saw in his entire first term.

The Trump administration has proposed bailouts for the industry; it has tried urging utilities not to shut down coal plants; and the Department of Energy is providing up to $38 million in funding to improve the performance and reliability of existing coal plants.

Do all of the efforts by Trump and GOP lawmakers around the country rise to the level of “socialism for coal?” Not by the traditional definition, which the Concise Encyclopedia of Economics, says is “a centrally planned economy in which the government controls all means of production.”

But we’re in a world where Republicans define “socialism” to include all Democratic proposals to help stave off the existential threat posed by fossil fuel emissions. Indeed, those accusations have increased exponentially with Rep. Alexandria Ocasio-Cortez’s (D-NY) introduction of the Green New Deal, the goal of which is to speed up the replacement of dirty fossil fuels with clean energy as fast as the latest climate science says we must in order to preserve a livable climate.

In this world, the GOP effort to use the government to force uneconomic fossil fuel plants to stay open is the most dangerous and self-destructive centrally-planned economy imaginable.