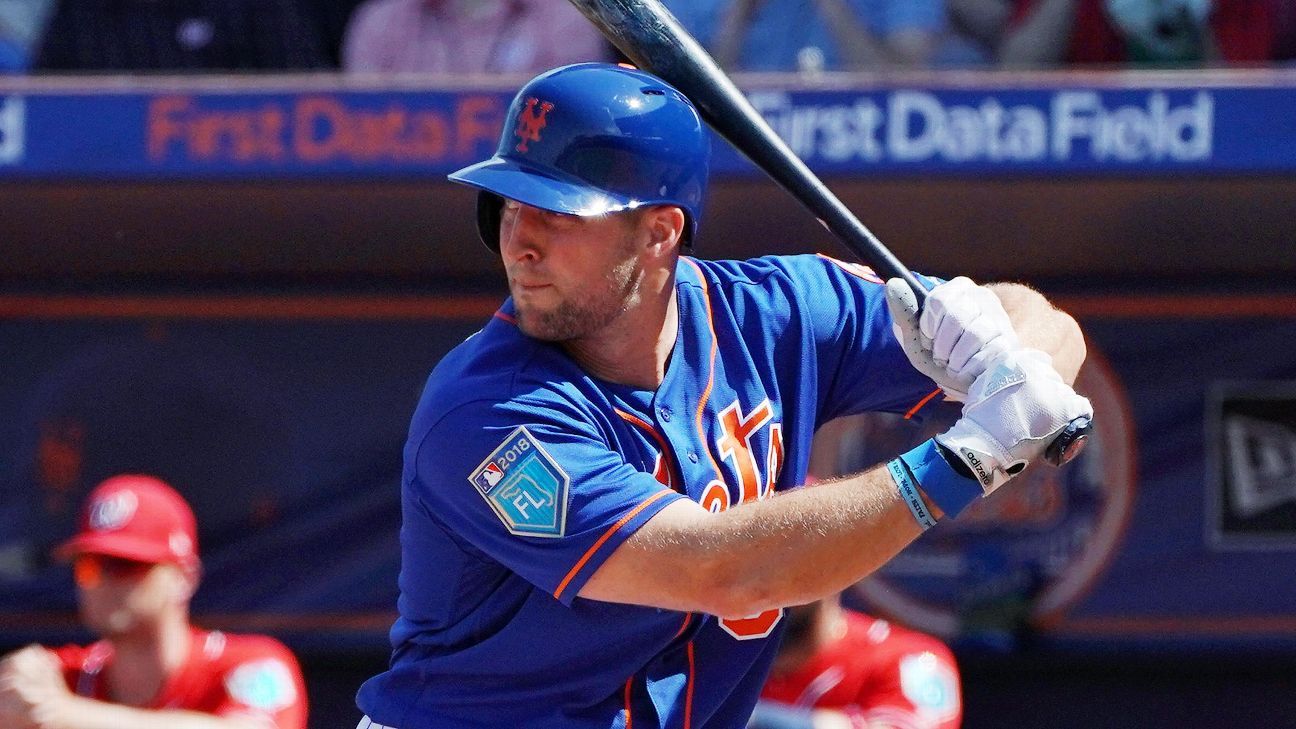 Tim Tebow was among Mets players optioned to minor league camp by the New York Mets on Tuesday.

Tebow will likely begin the season at Triple-A Syracuse. He went 4-for-15 and had an RBI for the Mets in Grapefruit League action.

The 31-year-old outfielder hit .273 with six homers and 36 RBIs at Double-A Binghamton in 2018, his second full season in the minors. His season ended when he broke his hamate bone in his right hand while swinging, an injury that required season-ending surgery.

The former Heisman Trophy winner has hit .244 with 14 home runs and 88 RBIs in 210 minor league games since signing with the Mets in 2016 after playing three seasons in the NFL but failing to make it as a quarterback.