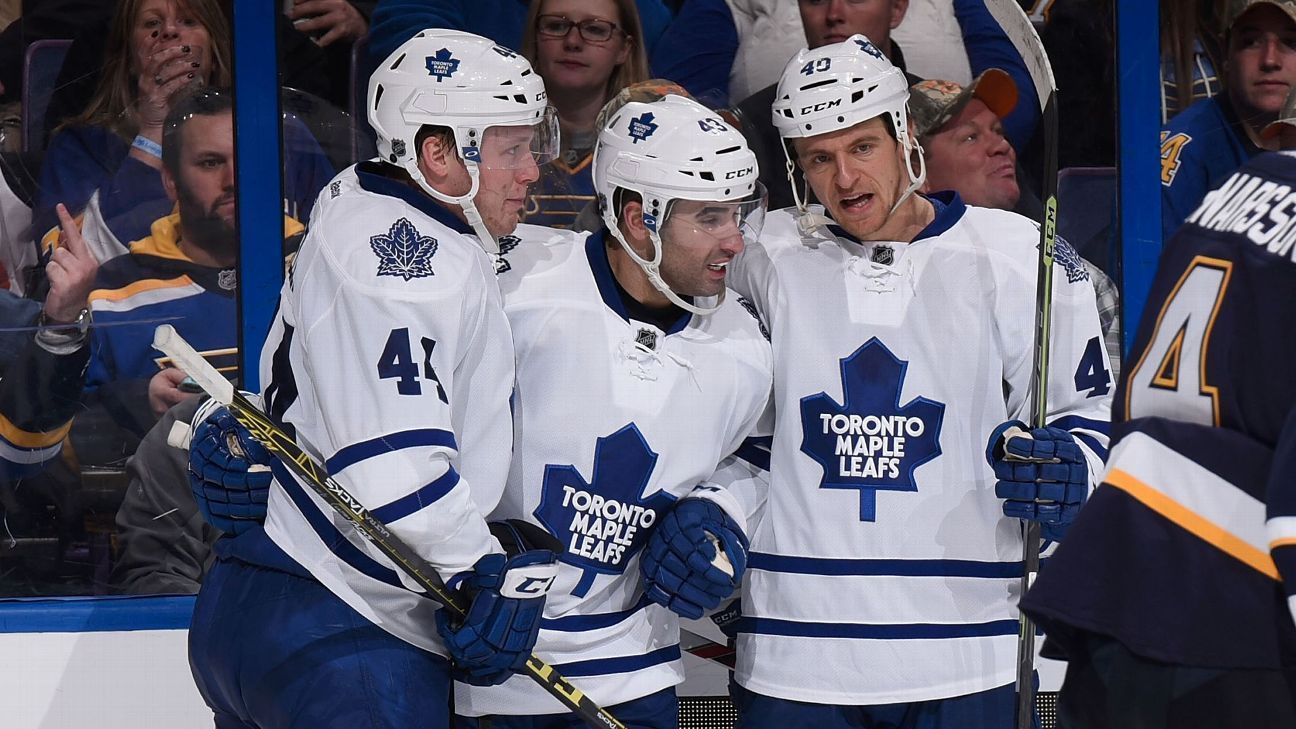 The league conducted an investigation after microphones picked up a phrase during a game at Toronto against the Tampa Bay Lightning. Online videos appeared to implicate Rielly, but the NHL said he didn’t utter a slur.

“League officials interviewed several of the participants in the game — including Rielly and Meier — and reviewed audio of the alleged incident,” NHL senior executive vice president of hockey operations Colin Campbell said in a statement. “All of those interviewed adamantly denied that Rielly uttered a slur and the audio supported their statements.

The National Hockey League does not tolerate language or gestures that disparage anyone based upon their race, creed or sexual orientation and continues to work to ensure that our games are played in a welcoming atmosphere for all of our players, coaches, officials and fans.”

In the second period of their 6-2 loss to the Lightning, Rielly chased Lightning forward Yanni Gourde into the Toronto zone during a Tampa Bay penalty kill. Meier skated back with them. On the audio carried by Sportsnet in Canada, there’s a clear anti-gay slur shouted by someone near ice level.

The Leafs issued their own statement from general manager Kyle Dubas after the investigation was announced: “The club is aware of the reports surrounding a homophobic slur used during the Maple Leafs versus Lightning game on Monday night. The issue of homophobia is one the Toronto Maple Leaf Hockey Club strongly condemns and takes very seriously. We are in communication with the NHL and are cooperating fully with their office.”

The Maple Leafs have been one of the most vocal supporters of the You Can Play organization, which partnered with the team on Feb. 25 for a night that spotlighted the LGBTQ hockey community. A public service announcement featuring Maple Leafs players was shown in-arena during the game. “The Toronto Maple Leafs are very much a part of You Can Play history,” said Ryan Pettengill, You Can Play executive director.

The league has punished players before for using anti-gay slurs during games. Andrew Shaw, then with the Chicago Blackhawks, was suspended for one playoff game in 2017 after using an anti-gay slur while seated in the penalty box. But later that postseason, the NHL came under fire for handing Anaheim Ducks center Ryan Getzlaf only a $10,000 fine for what many felt was an anti-gay slur he used in the Western Conference finals.

Information from ESPN’s Greg Wyshynski was used in this report.