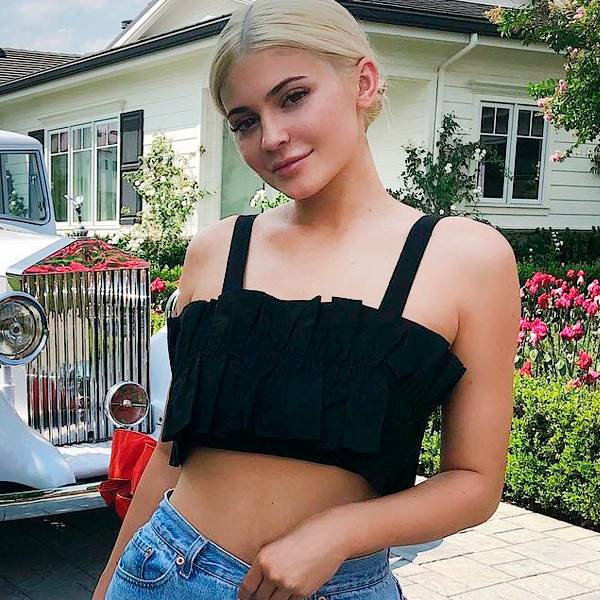 Kylie Jenner is showing off her post-baby body over a year after giving birth to daughter Stormi Webster.

The makeup mogul is enjoying the fruits of her labor by flaunting her petite figure on her Instagram Story. Clad in black leggings and a crop top, the 21-year-old parades around in her home to show off her sleek tummy for the camera. While the flattering post needs no caption, she writes, “I’m proud of my little stomach.”

Over the course of the past year, the star has dished on nearly everything about her pregnancy, including her 40-lb. weight gain. In a Twitter Q&A from early last year, Kylie revealed that she gained almost 40-lbs. during her pregnancy, most of which was due to her craving for Eggo waffles. She laughed, “I never liked them before i was pregnant & haven’t had one since i had her. so strange!”

She also had a craving for In n Out and donuts, which fans noticed in her cute video “To Our Daughter.”

Despite her desire to lose 20 pounds, the new mom never deprived herself of foods, instead indulging in savory treats like freshly baked rolls.

Although there were some moments when Kylie felt insecure about her post-baby body, like at the Calvin Klein shoot just weeks after giving birth. While her sisters were in awe over how her body snapped back into shape following giving birth, Kylie still felt there was room for improvement. “This is gonna be kind of my first photo shoot after Stormi and doing like my first few fittings and getting back into it, it’s kind of hard and discouraging,” Kylie admitted in a Keeping Up With the Kardashians confessional.

Her worries were for nothing since she looked great then and she looks great now!