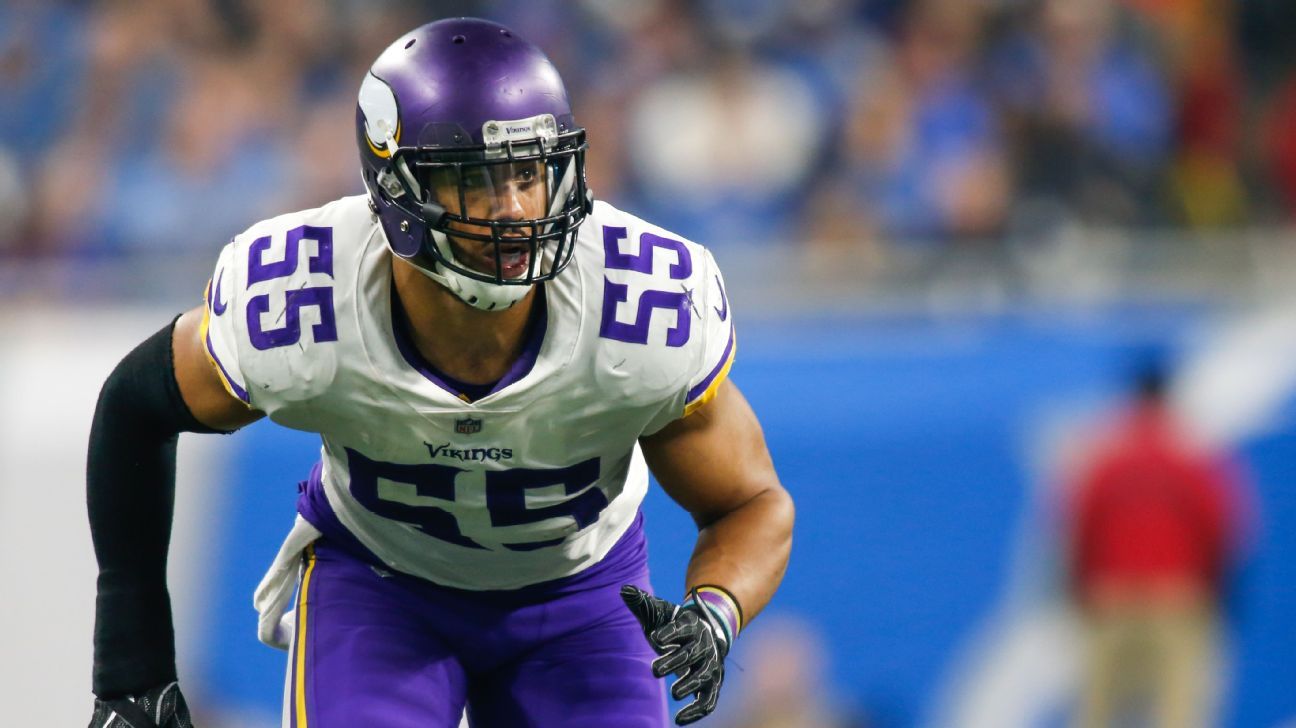 The Vikings opted not to place the franchise tag on Barr, their former first-round linebacker, as with the move the Vikings would incur an estimated $15.7 million cap hit in 2019, which in turn would have made him the highest-paid non-quarterback on the roster.

Barr, 26, was the first draft pick during coach Mike Zimmer’s tenure, taken ninth overall in 2014. He transitioned from a 3-4 outside linebacker at UCLA, where he totaled 23.5 tackles from 2012-13, to a 4-3 strongside linebacker in Zimmer’s defense.

While Barr’s role transformed in Minnesota, his pass-rushing prowess remained fluid over the past five seasons during which he notched 13.5 sacks and 31 quarterback knockdowns.

A nagging hamstring injury limited Barr to 13 games last season, which was his fewest since his rookie season. He notched a multi-sack game with two against the Miami Dolphins last season but also finished with a career-low 55 tackles.

Named to four straight Pro Bowls after a breakout year in 2015, Barr was one of four Minnesota players eligible for a contract extension last offseason. Instead, the offseason came and went without the linebacker signing a new deal, thus forcing him to play out his fifth-year option in 2018.

While Barr expressed an interest to stay in Minnesota when asked about his pending free agency, the linebacker routinely doubled back on his natural strengths as an outside linebacker tasked with rushing the passer.